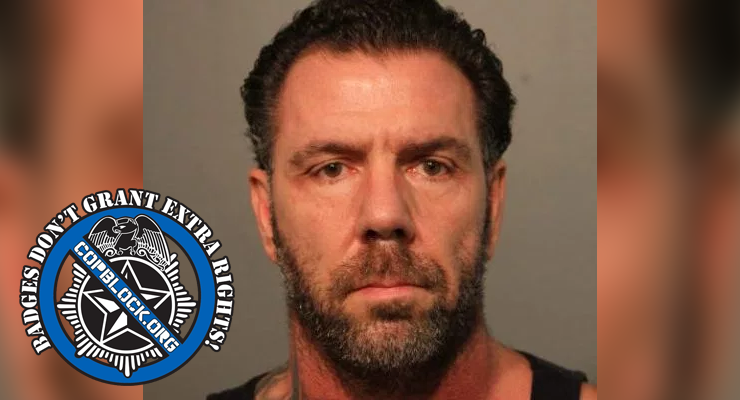 Officer Eugene Ciardullo, 51, has been arrested and charged with one felony count of ‘criminal sexual assault of a victim between 13 and 17-years-old’. Officer Ciardullo was employed by the Chicago Public School system as a security guard and raped the victim at the same school where he was employed.

Officer Ciardullo befriended the girl during the 2014-2015 school year, when she was a 16-year-old sophomore, Cook County Assistant State’s Attorney Ed Murillo said in bond court on Sunday. The two exchanged phone numbers and chatted on social media websites during the summer after her sophomore year.

In September 2015, during her junior year, Ciardullo told her through the social media site Snapchat that he had feelings for her. Less than a month later, he told her he loved her, Murillo said. The relationship soon became physical and carried on from February through December 2016, with Ciardullo meeting the girl — then 17 — for sex in an empty parking lot and motel rooms, Murillo said.

According to S.A. Murillo,  Officer Ciardullo had told the girl that he “could lose his job and go to jail if they were caught,” Murillo said. He instructed the girl to lie and “tell people who asked about their relationship that they were just good friends,” Murillo said.

One of the girl’s relatives confronted Ciardullo in late November after learning of a text exchange between the two, and Ciardullo admitted they were having an affair, Murillo said. In mid-December, CPS investigators met with the girl and — after being confronted with photos of the two kissing — she admitted they had been in a sexual relationship.

On Friday, police arrested Ciardullo at his home in the 8300 block of South Keeler in the Ashburn neighborhood. Ciardullo also admitted the two were in a sexual relationship and that he knew she was a minor at the time, Murillo said. On Sunday, Cook County Judge Maria Kuriakos Ciesil set bail at $75,000 for Ciardullo and ordered him, should he be released on bond, not to have contact with the victim or anyone under the age of 18; to surrender his passport and his Firearm Owners Identification card; and not use the internet.

Ciardullo, who has been with the department for 21 years, was assigned in the Deering District, according to police.

“The Chicago Police Department is currently also investigating this incident internally and administratively. We remain committed to the highest levels of accountability for our officers and members and will not tolerate any activity or actions that undermine the integrity of the hard working men and women of our Department,” according to a statement from police spokesman Anthony Guglielmi.