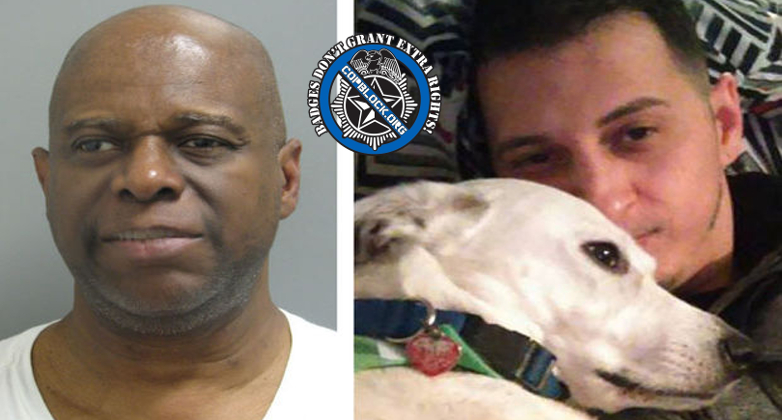 The Chicago Police Department, rocked just days ago with a damning federal report that pointed to years of excessive force, discrimination and cover-ups, is now facing another one of its own being charged with murder.

Lowell Houser, an officer with the Chicago Police Department, has been arrested and charged with 1st degree murder.  On January 2, Officer Houser became involved in an argument with Jose Nieves, who was simply in the wrong place at the wrong time.

According to police records, Officer Houser had a physical altercation with Nieves weeks prior to this deadly shooting. Prosecutors say that Houser’s “female companion” and Nieves lived in the same Hermosa apartment building. Nieves was friends with the woman’s children, and he and Houser reportedly argued on multiple occasions. On Dec. 11, Nieves filed a police report claiming that Houser had pulled a gun and ordered him to get back into his apartment.

About three weeks later, about 9:15 a.m. on Jan. 2, Houser was leaving his companion’s apartment when he spotted Nieves and a pal unloading boxes from two parked cars in the 2500 block of North Lowell Avenue. Houser got into his car, the prosecutor said, rolled down the window and began asking the friend questions: “Who are you? Why are you helping him? Are you his mother? You know he treats women badly?”

When Nieves’ friend told Nieves about the remarks, Nieves walked toward Houser and said “that if he had a problem with Nieves, he should talk to Nieves,” McCarthy said in court. A neighbor heard arguing and looked out his window to see Houser and Nieves both standing in the street, yelling, prosecutors said. The neighbor returned to watching TV only to hear a loud “bang” moments later, according to police.

The neighbor looked out the window and saw Houser pointing a gun toward Nieves, prosecutors said. The neighbor then heard two more loud bangs and saw Nieves clutch at his chest before falling to the ground, said prosecutors.

Family members of Jose Neives have filed a federal lawsuit against the city of Chicago and Officer Houser.

“The Chicago Police Department turned the case over to the state’s attorney and the Independent Police Review Authority once the possibility of criminal violations were suspected,” said Chicago Police spokesman Anthony Guglielmi in a statement released Wednesday. “CPD will fully cooperate with the state’s attorney throughout the judicial process.”

547
SHARES
FacebookTwitterGoogleRedditTumblr
DiggLinkedinStumbleuponMailPrint
You Can Support Cop Block by shoppping on Amazon using the banner below:
BANNERS ARE CLICKABLE