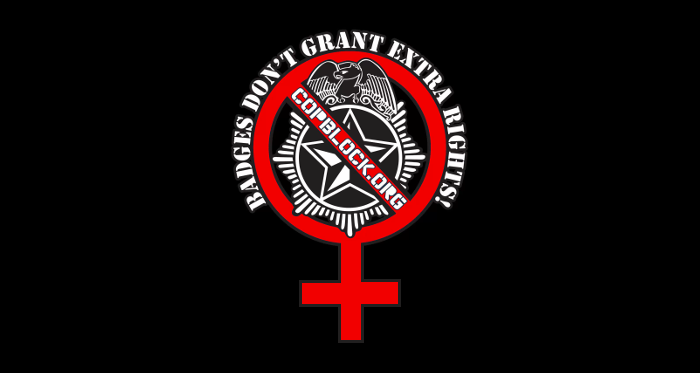 What is feminism and why should feminists look past other political distractions and join us in the fight against the police state?

The recent Women’s March in Washington D.C. has reinvigorated the public discussion of feminism and womens’s issues. As per usual, there seem to be only two accepted responses.

The history of feminism is rife with strong and fiercely independent anarchist women. However it later became co-opted by the CIA via Gloria Steinem, who subverted the entire ideology from its historically radical notion of female self-ownership into a female-based political special interest group. This steered feminism away from anarchism in order to help create consent for the institution that had historically oppressed women the most – the state.

Not too long ago, women were considered second class human beings politically, socially and economically. Laws were enacted that gave males political, social and economic monopolies.

These imposed inequalities also had a devastating effect on the psyche of women, and created traditions of shame, low-confidence and dependency which have been passed down for generations. Issues that women need to confront and address and heal from so they can exercise their self-ownership without self-restriction.

And so feminism is a necessary outlook in anarchism for these reasons. Dismissing it wholesale is irrational and reactionary.

What feminism is NOT is begging authority for a better hand in the game. If you want to own your body and make all the choices for it, then you should stand against the institutions that have historically prevented that, and not beg them to apply collective force to fund your body and your choice.

That which rejects the basic concept of self-ownership rejects the basic tenet of feminism, and is therefore not feminism. So while 99.9% of people using the term ‘feminism’ have made feminism appear hypocritical, you should be judging them individually. Judging feminism from a flawed understanding then lumping individuals into that group so you have a handier way of dismissing them is intellectually lazy and, if you are an anarchist, hypocritical.

But aside from defending the roots and core premise of feminism, I too am concerned with the way that modern feminists seem to squander their energies begging our mutual oppressors for privileges. The core of this activism seems to be centered around reproductive rights and women’s health care funding.

I have no desire to see the state control medical decisions like abortion in any way. I am against state prohibition of anything. But I also respect the bodies and choices of those who are forced to pay taxes to fund medical programs like the ones many modern feminist protesters are so keen on. That taxation is done at the threat of violence against individuals. It just so happens I support people not being subjected to violence more than I support women getting free medical care, no matter how inarguably positive that medical care is in and of itself.

However, there are many women’s issues in policing that women should be more directly concerned with. Issues whose destructive nature against women is far greater than what we are seeing protested at feminist gatherings. Here are the two biggest and most obvious.

from: Police Wives: Devoted or Delusional? by Lorelei McFly

It’s well-known that law enforcement officers have a serious, largely unaddressed domestic violence problem. There is even a term for it, Officer-Involved Domestic Violence (OIDV). Some studies have estimated that the rate of domestic violence amongst police is two to four times as high as it is for the general population, and the International Association of Chiefs of Police has even developed a model policy for addressing domestic violence by police officers.

from: Police Wife Writes About the “Secret Epidemic” of Police Domestic Violence by Kelly W. Patterson

But abuse at home is far worse for the wife or girlfriend of a cop. Who will she call—911? What if a coworker or friend of her husband responds? Police officers are trained in the use of physical force and know how to hurt someone without leaving a trace. They have guns and often bring them home. And if a cop’s wife runs, where will she hide? He usually knows where the women’s shelters are. Some shelter staff admit they are powerless to protect an abused police spouse. Her abuser may have training and tools to track her web use, phone calls and travels to find out if she is researching how to get help or, if she has fled, where she went.

from: Rapists with Badges by Paula Parmely Carter

According to the 3rd Quarter Report of The National Police Misconduct Statistics and Reporting Project, police officers were accused of sexual assault at a rate of 79 per 100,000 law enforcement personal. The rate of accusations for the general public is 28.7 per 100,000 general public. When corrected for gender these numbers tell us that there are 1.5 times more accusations of sexual assualt among male law enforcement officers than among the general male population. The fact that rapists seem to be concentrated among a group of armed individuals who have the purported authority to detain and arrest other individuals should be more than a little alarming for even the most prolific police bootlicker.

from: The Drug War is State-Sanctioned Rape by Lorelei McFly

Under any other circumstances, nonconsensual groping of other people’s private parts is a vile, criminal activity, but slap a magic suit and badge on the perp, and suddenly it’s a public service. Cop apologists are morally bankrupt, unquestioning authority junkies, but it still boggles the mind that anyone, even they, can defend this loathsome practice. It’s also astounding that more people do not connect the dots between a profession that actively trains people to commit sexual assault and codifies it as an expected duty, and the high rate of sexual offenses committed by the people in that profession. Does law enforcement attract sickos inclined to commit sexual assault, or does it merely normalize it for those conditioned to commit it as a part of their ordinary activities? Both?

While men are more likely to be killed by cops or otherwise victimized and criminalized by the system, plenty of innocent women are also targets of police violence. But even if police only targeted men, that would still have a damaging effect on women. Not only because it takes fathers, sons, brothers, lovers, etc. from women, but because it drives a cycle of violence that creates violent crimes that target women and everyone else.

There are countless other ways the police state affects and damages women on a daily basis. So if feminists are serious about women’s issues, and not just trying to score some free swag for their uteri, then addressing the police state should be ground zero.

Concentrating the feminist message where it is most needed can also help to save feminism from the terrible spectacle of self-serving statist liberalism that it has become. Are you gonna let the system co-opt and subvert women’s self-ownership to gain support for itself, while making feminism appear childishly entitled and absurdly naive, or are you gonna apply those values where they matter most – to the oppressors themselves?

No government ever oppressed women without its enforcers keeping them in check with violence.

At the very least as mothers, daughters, sisters, wives, etc. – help tear down the ideas that prop up policing by refusing to be an enabler and teaching those you love that policing is not a family value.

Do you have more reasons reasons that feminists should fight the police state, or helpful advice for them use policing activism to address women’s issues? Share them with us!