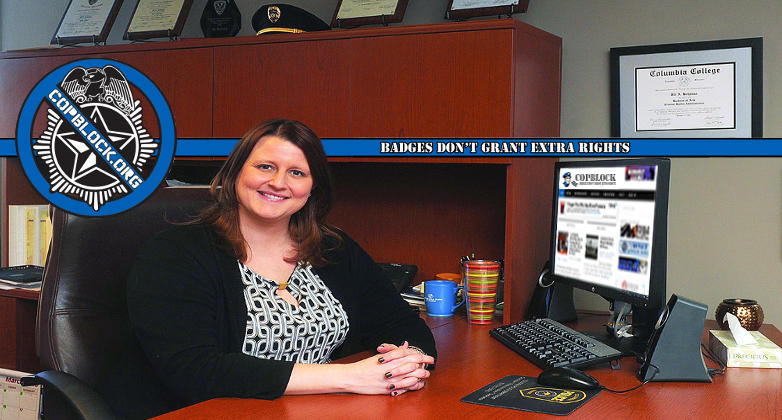 The following was submitted by civil rights attorney Stephen Wyse after he called for the prosecution of Columbia Deputy Police Chief  Jill Schlude for obstruction of justice. He also says he has broken these two laws as well:

Columbia, Missouri – Civil Rights Attorney Stephen Wyse filed dual criminal and Internal Affairs complaints against Columbia Police Department Deputy Chief Jill Schlude for obstruction of justice after she hid from a federal subpoena duces tecum. The subpoena was related to the First Amendment Retaliation lawsuit filed by Citizens For Justice founder Matthew Akins against CPD Chief Kenneth Burton, Officer Rob Sanders, Sgt. Roger Schlude and other officers and Boone County Prosecutors. In violation of Missouri and federal law Deputy Chief Jill Schlude conspired with other members of the Columbia Police Department to avoid and exclude Private Investigator Rick Gurley on March 28th and 29th of 2016, as he attempted to serve her with a subpoena to appear at a federal deposition. The subpoena ordered Deputy Chief Schlude to appear for questioning and compel her to produce specific documents related to Akins’ lawsuit.

Stephen Wyse’s complete blog post on the subject with links to his complaint and video reports from Wyse and Rick Gurley are listed below:

Columbia Police Department Deputy Chief Jill Schlude violated federal and state laws related to the obstruction of justice when she hid from a federal subpoena duces tecum that my private investigator was attempting to serve to her.

In a federal civil rights lawsuit for First Amendment Retaliation filed by Matt Akins of Citizens For Justice vs. Chief Burton, Sgt. Roger Schulde, Rob Sanders and various other Columbia police and prosecutors. I had scheduled to take the deposition of Deputy Chief Jill Schlude in coordination with the City’s civil attorney Brad Letterman.

I retained Rick Gurley, a private investigator with RMRI, LLC to serve the “subpoena duces tecum” to require Deputy Chief Jill Schlude to appear at a federal deposition. The subpoena was related to activist Matthew Akins’ lawsuit against the department, as well as several individual officers including the deputy chief’s husband. I hired Gurley to serve the CPD’s second in command notice that she was to appear at the deposition where she would be required by law to produce specified documents and to answer questions about her interactions with the citizen journalist. It was not expected that she would engage in the obstruction of justice by avoiding this subpoena.

Gurley says lower level employees lied to him about Schlude’s location and availability status resulting in multiple wasted trips to the police department. In response, he retrieved another subpoena for Administrative Tech Denise Shaw, who he believes was covering for the Deputy Chief Schlude and was engaging in the obstruction of justice.

Upon returning to the department, Gurley spoke to Shaw via the intercom system that separates the lobby of the Administration Bureau from the offices where the department employees work. Shaw confirmed her identity but ceased all communication when Gurley confronted her with the subpoena he was attempting to serve her.

Gurley remained in the lobby until a uniformed officer was sent out with instructions to escort him from the premises. Gurley informed the officer he was attempting to serve multiple members of the department with federal subpoenas, but the officer continued to inform him that he would have to leave and would not be permitted to serve the subpoena.

Gurley returned the following morning in one final attempt to serve the subpoena, only to find the windows to Denise Shaw’s office had been covered with trash bags. Rick believes that the bags were put up to block his view and further allow the police department to evade service and thwart the rule of law by engaging in the obstruction of justice.

Schlude never made herself available to accept service of this federal subpoena, meaning attorney Stephen Wyse was forced to accept that his subpoena duces tecum was not legally enforceable and rely upon the assurances of the City’s civil attorney that Deputy Chief Jill Schlude would appear and may even bring the requested documents to the deposition. The deposition of Jill Schlude occurred on April 07, 2016, but several of the documents requested in the subpoena were not produced for examination during this deposition. This kind of obstruction of justice has not been an isolated occurrence.