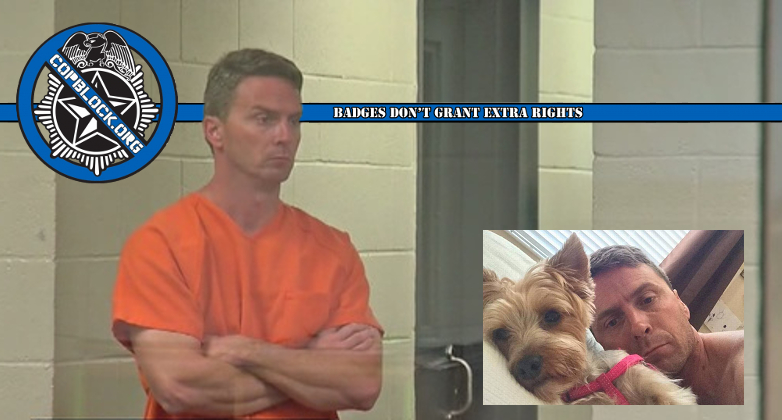 A deputy with the Sarasota County Sheriff’s Office is facing charges after exploiting and extorting an elderly woman over the course of a month. He also faces a charge of attempted murder after he tried to force sleeping pills down her throat in order to make it appear she had committed suicide after she filed a harassment complaint against him.

The unnamed victim stated that she originally met Deputy Frankie Eugene Bybee after he responded to her house on a service call in October. He then continued visiting her both on and off duty, acting as if he was a friend and wanted to help her in order to gain her trust. Shortly after, the victim was hospitalized.

Bybee then convinced her to pay him $1,000 to watch her dog during the time she was in the hospital. Instead, he sold the dog on Craigslist on December 20th. Later that month, he gained access to her check book and wrote checks in her name to himself and three of his children. The victim filed a complaint with the sheriff’s office when she discovered the checks, which totaled $65,000, on January 9th.

Three days later, Deputy Bybee broke into her house and attacked her. During that attack, he attempted to force her to swallow sleeping pills, then propped her garage open with her car running in order to allow the house to fill with carbon monoxide after she passed out. Fortunately, she regained consciousness in time to thwart his attempt to make it appear that she had committed suicide.

Via the Miami Herald:

While the woman was hospitalized, Bybee took the woman’s dog and a check for more than $1,000 in case the dog needed care. Knight said Bybee deposited the check and “rehomed” the dog on Craigslist.

On Jan. 9, four checks from the woman in an envelope addressed to Bybee were written out to him and his three children for a total of $65,000. When the sheriff’s office found his fingerprint on the checks after the victim said she didn’t fill them out, Bybee was placed on administrative leave.

Three days later, according to the probable cause affidavit, the woman, who was not identified, was sitting in her living room when she said Bybee broke into her house wearing dark clothes and blue latex gloves. He was “agitated and angry” that her complaint put him on administrative leave.

According to the affidavit, Bybee grabbed the woman’s face, forced an unknown pill in her mouth and tried to force her prescription sleeping pills down her throat.

The woman passed out and woke up to find her garage door open and her car engine running.

“Our investigation revealed that Bybee attempted to kill the victim and make it appear to be a suicide,” Knight said.

Knight said the sheriff’s office initiated the paperwork for his termination.

Bybee faces charges of larceny, exploitation of the elderly of $50,000 or more, forgery, burglary of an occupied dwelling, battery on a person 65 or older and attempted murder.

“It is beyond unacceptable that an individual who works in a position of trust and guardianship to their community, is capable of such heinous crimes. His actions are a disgrace not only to our agency. but to law enforcement professionals everywhere. I hope he gets prosecuted a little bit more exceptionally than a normal criminal because he used the uniform for public trust.”

I wouldn’t hold your breath on that, though. Like most “Bad Apples,” there were already plenty of previous red flags and opportunities to remove him from the barrel that instead resulted in a slap on the wrist or no consequences at all. Prior to this, Deputy Bybee was the subject of five internal investigations. Only two of those resulted in any discipline at all and he ended up with a one week suspension in each of those two cases.