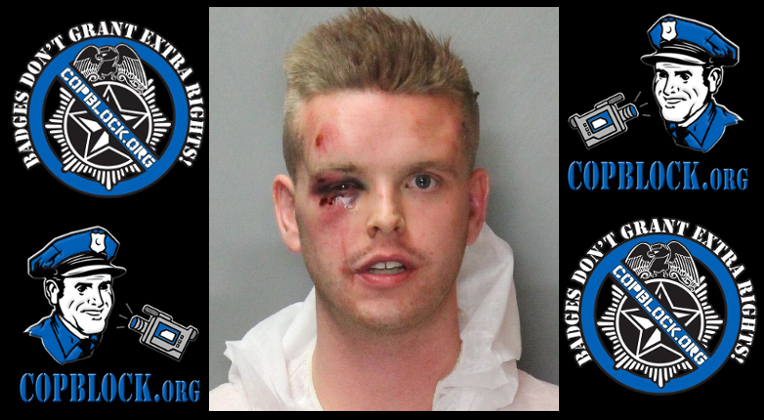 Earlier this month, Contra Costa County Sheriff’s Deputy Kyle E. Rowland decided to crash a house party in Sacramento. Although nobody at the party actually knew him, he claimed to be a neighbor and had beer. So, they let him into the party. Things kinda went downhill from that point, though.

Via KCRA.com (the local NBC affiliate):

“He started creeping around the house, being all weird, talking to girls in very strange ways, being a little bit aggressive,” (resident Joseph) Lozoya said. So, Rowland was kicked out of the house twice.

“As he was leaving, he was saying, ‘I’m going to come back. I know where you live, I’ve been watching you,'” Lozoya said.

Rowland soon returned with a gun, and people at the party tried to taken (sic) it from him.

“That’s when I told my girlfriend to stay inside because he was just firing everywhere while he was getting tackled,” Alberto said. “I remember when he was already on the ground, he was still pulling the trigger.”

Eventually, Rowland was restrained until police arrived and arrested him, McPhail said.

Two firearms were also recovered from the scene, police said.

Contra Costa Sheriff’s Office spokesperson Jimmy Lee said in a statement Sunday that Rowland joined the sheriff’s office in October and was on probationary status.

“He was on probationary status and his employment has been terminated,” Lee said.

The video on the link is worth watching for the description of Rowland wildly flailing around and firing off his two guns as he’s being tackled to the ground by the people at the party.

Apparently, Deputy Rowland is also a well known, award winning harmonica player, as well. (See video below.) So he does have that to fall back on. Whether he had a harmonica on him at the time or is being allowed to play his harmonica in jail to make that stereotype complete are questions that have not yet been answered. (I will update if info becomes available.)

Being that he’s a creepy weirdo who shoots at people and also a musician, a drug test is being conducted on his blood to see if he was high AF that night or is just naturally whacked-out. (My money is on both.)