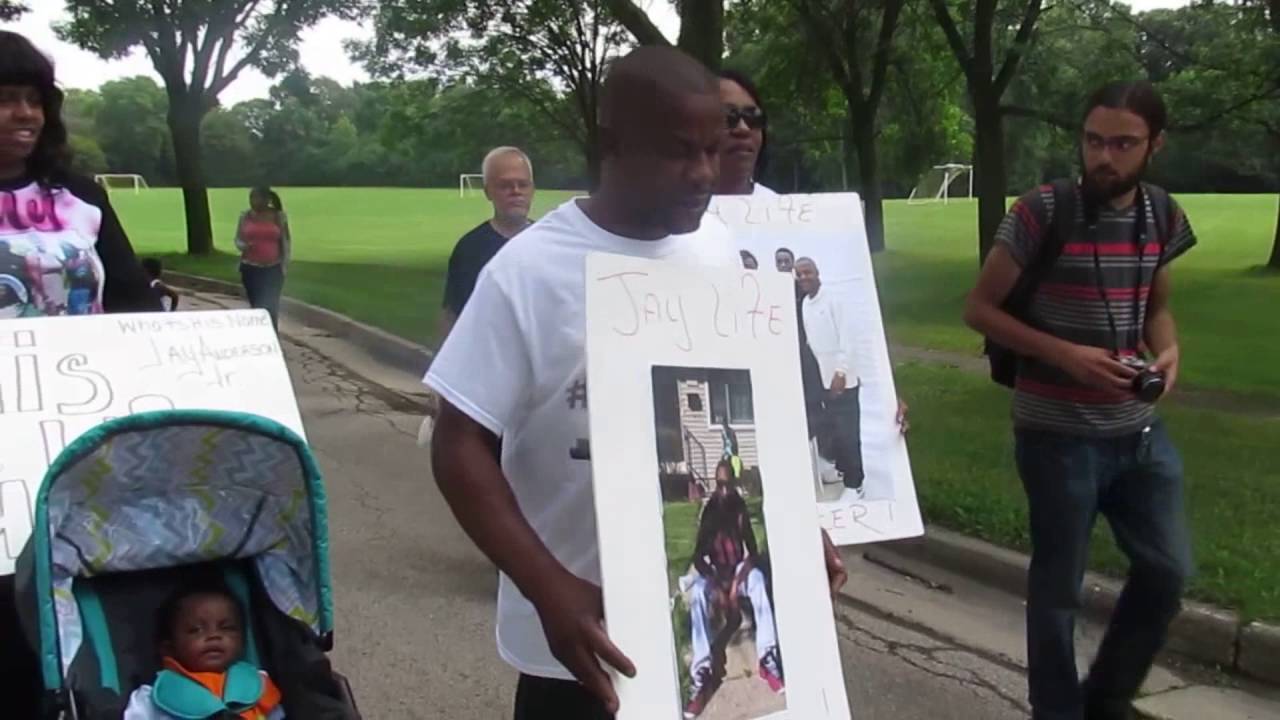 Joseph Mensah has been a Wauwatosa officer since 2015, completing his probationary period in early 2016. For reasons unclear, Wauwatosa was his third department in a five year period.  Of the other two–Dane County and UW-Madison–Cop Block filed open records requests for only Dane. We’re still waiting for a response after several months of waiting.

Shortly after arriving, Mensah shot his first resident, 29 year old Antonio Gonzalez, eight times. WPD was called to Gonzalez’s home on a tip he was drunk, and becoming violent. When Mensah arrived, Gonzales was in possession of a sword and exiting the house. Both Mensah and his backup, Officer Jeffery Newman, wrote in their respective statements that Gonzalez walked “slowly” towards them tauntingly. Only Newman, however, claimed to have seen Gonzalez “speed up” towards Mensah before he was shot. No witness, from residents to Mensah himself, reported seeing Gonzalez “speed up”.

Oddly enough, Mensah’s file–despite including the Gonzalez shooting–had nothing on Jay Anderson. Investigative reports, according to a Wauwatosa PD records response, are on Milwaukee’s city page. Cop Block contributors will be reviewing these materials in the near future.

Jay Anderson Jr. was shot several times in the head by Mensah on June 23d, 2016. Mensah approached Anderson’s parked car in Madison Park at 3am. Loved one’s feel Anderson, while intoxicated, opted to sleep it off rather than unsafely drive home. After a period of time–uncaptured via body cam–Mensah claimed he saw a gun.

What video was captured showed Anderson holding his hands high above his head. It’s unclear how long Mensah had ordered Jay to maintain the position. A few times, Jay slumps forward in a gesture many, besides family members, feel was him passing out.

Even the officer, in his report, states he approached a sleeping Jay. When he knocked on the window, Jay opened his eye’s then closed them again. Upon seeing the gun, however, the report says his memory becomes “hazy” as to what happened next. Investigative reports state Mensah commanded Jay to keep his hands up, as Jay allegedly reached for the seat. “It’s nothing”, Mensah claimed Jay said multiple times. “It’s nothing”, Jay allegedly repeated, “there’s nothing there!” Backup, arriving after Anderson was already dead, then removed the gun from Anderson’s car.

Despite it being reported that Anderson died at Froedtert Hospital, that fact is questionable. Anderson was “declared” dead upon reaching the medical center, according to numerous outlets. Officers on the scene, in currently unreleased video, describe Jay as “not breathing, no pulse.” A second check of his arm showed what officers claimed was a pulse, despite prior examination and Anderson’s grave wounds. Mensah shot Jay several times through the head, visibly expelling brain matter in the short, blurry clip made public by WPD.

According to WPD documents, on July 19th, 2016–nearly a month later– Mensah was reassigned to “temporary light duty”. He’d been assigned to “the detective bureau on administrative light duty” in “off-group #4.” This occurred while Mensah was still unidentified by WPD, or other city officials. Documents indicate that order came directly from Chief Barry Weber himself. Under his new assignment, Mensah reported to Investigative Division Lieutenant James Mastrocola. It’s currently unclear to Cop Block whether or not Mastrocola was on Jay Anderson’s scene. That special order, in fact, was the only record from around the time of Jay’s shooting.

Officer Mensah’s reassignment to detective desk duty was scarcely reported in media, if at all. For most of the five months of delays and investigation, WPD never disclosed who the shooter was. Even today, after having been identified, no picture of the officer has been published via media, or WPD.

To this day, Delarosa maintains prints of screenshots she’d taken of Mensah’s pictures. However, the family advised Cop Block not to publish them out of fears of retaliation from WPD. Those fears, rather than for themselves, were reserved for Cop Block contributors covering the case. Regardless, Mensah’s face is floating about social media as of early December.

Mensah was returned to full active duty days after he was cleared of charges. Don’t let that make you think things are over though. Shortly following the district attorney’s decision, federal prosecutors took the case under their review. Though ongoing, it’s currently unknown what progress–if any–has been made. Numerous questions continue to preside over what exactly happened that very dark night.

Those questions, despite being in the public’s conscious, are left idle by an unresponsive Tosa PD. Letters asking for answers have been ignored, and open records requests redirected, or delayed. With Mensah back out in a solo-squad, the same as when he killed Jay, these are ever more pressing. Here’s a very short list of such questions which WPD has yet to satisfy. Whereas some were provided questionable responses, others are simply left to fester.