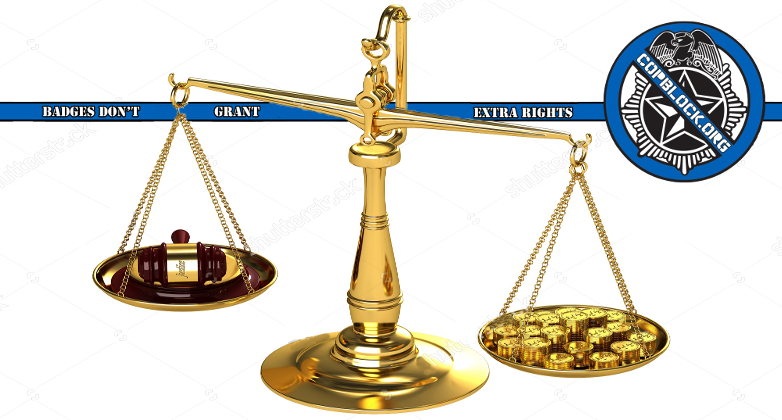 The following post was shared with the CopBlock Network anonymously, via the CopBlock.org Submissions Page. Within the post, the submitter maintains that the executive of a power plant located in Ossippee, NH severally injured a member of his family while driving drunk. Furthermore, the person submitting this post states that, due to influence from his position and the accompanying wealth, as well as family connections within the Dover Police Department, the accident and subsequent trial has not been covered at all by the media.

This is a news tip about a white New Hampshire power plant manager charged with felony DUI that never made it on the news because it was covered up. Robert Lussier has undergone over seven months of a felony DUI trial and not so much as his arrest has been reported by the news. This is a cover up at its finest. Roberts sentencing will be in February, you should give him the air time he deserves.

On the evening of June 24th, Lussier, of Dover, NH, was working at the Pine Tree Power Plant in Ossippee NH. The plant is owned by:

Robert left the power plant and went straight to a local Ossippee bar with one of his employees and began drinking heavily. Robert, after drinking himself into a stupor, climbed in his vehicle and began driving home to Dover.

As Robert got on route 16, he hit the side of a pickup truck head on and bounced off He then drove straight head on into an old man driving his vehicle. Robert severed this mans legs and has forever altered this mans life. Yet it was never reported on the news. Robert’s vehicle was also totaled.

This is where is gets interesting. All you have to do is follow the trail of the cover up. The first police officer on scene was the son of one of Robert’s employees. This felony DUI crash, in which Robert was 100% at fault and removed a family member’s legs, was never reported by any news outlet. Robert’s blood alcohol content was three times the legal limit.

We’ve since found out that Robert’s father is also a retired state policeman who leveraged his time in uniform to make sure this accident stayed off the news. It worked. Robert successfully avoided his license suspension hearing because the associated officer was pressured not to show in court. After removing my family member’s legs and having a BAC three times the legal limit, Robert is still driving the roads of NH.

Sigh, must be nice to be a rich, white executive with a state police father.

Roberts sentencing is coming up in February. It’s not too late for you in the news industry to cover this story with the attention it deserves. I’d suggest digging into why this arrest is not on any police log, the Ossippee police love publishing photos and detailing the criminal actions of those who are not rich, white executives with state trooper fathers.

Some other interesting things to investigate:

Discovery had shined a light upon the fact that Robert is an avid gun enthusiast and we’ve found out he has an extensive arsenal of weapons. Robert cannot be trusted to drive his vehicle home at the end of a work day without a blood alcohol content of three times the legal limit, let alone to own an arsenal of guns. However, he’s still in possession of this firearm arsenal.

Robert has a NH license to carry permit. If he were not the son of a state policeman, this would have been revoked immediately. So not only is this irresponsible human being still behind the wheel of a vehicle after removing a my family members legs, he carries conceal firearms too.

Prior to moving to Dover, Robert lived his entire life in Massachusetts. By following the paper trail, you’ll notice that the Ossippee police chief gave Robert a NH resident concealed carry permit six months to a year before he actually moved to New Hampshire. Robert was given a NH resident concealed carry permit by the Ossippee police while he was still a Massachusetts resident, the paper trail will show this. That is completely illegal.

In the discovery process, we also found out that Robert has had some interesting run-ins with the law in Massachusetts, but his state police daddy covered things up yet again. Two years ago, Robert had a dog and that dog apparently bit someone. So Robert did what any responsible pet owner would do, he took the dog outside and shot it in the head; then buried it in a shallow grave. The Boston, Massachusetts police were not amused about Robert’s execution of the dog and he was under investigation after lying about the whereabouts of the dog. Once again, Robert’s state police daddy stepped in and the cover up began.

As you can see, Robert is troubled. However, he always manages to stay off of the news because of his father’s state police connection. I hope you can change this and give this story the attention it deserves. My family member is missing leg’s while Robert’s life has been unaffected.

Please help me and my family.