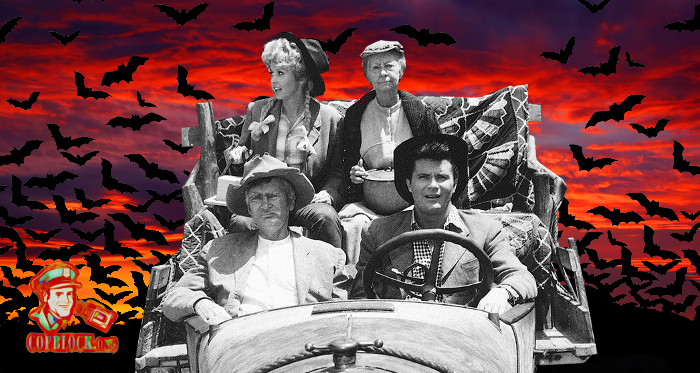 Welcome to America’s Redneck Renaissance. The great cleansing of class and culture in favor of a return to the roots of our most incestuous ways of life. A time to put down all those faggy fucking books and crank some Hank Jr. while split-screening WWE and NASCAR and smacking your family up in a fit of drunken hillbilly rage during commercial breaks.

This is what we have come to. At the precipice of a new post-industrial era we somehow intellectually nosedived a hundred years back into the hills of West Virginia. Thanks, Trump.

Rest assured, though, this is not a return to roots. This is not the rugged individualism of hill people and cousin-fuckers. This is an authoritarian daycare where the children are playacting at a past they have no real connection to. This is the virtue signalling of bullies wearing cheap plastic replicas of their shameful history.

And through it all the police state shines.

Where the hillbillies of the past fought the law with illegal whiskey stills and fast cars, giving rise to their cultural pastime of auto-racing, the neo-redneck is a law and order loving authority worshiper who spends their days on the internet sharing hatred and death wishes against though who will not join them in bowing to our masters. No longer are they fighting the law, but fighting for it.

An obvious result of this is that police support is soaring. The redneck spirit crawling from the depths of our gene pool have made such a noise as to bolster appreciation of the badged NoboDaddies nearly across the board. Even the faux-rednecks and borderline yuppies in the ‘burbs have joined their enthusiasm for a heavier-handed oppression.

I recently wrote about how Trump’s pro-cop rhetoric was going to become a dangerous boost to police state violence. However that is nothing compared to the confidence police will soon gain under the impression that the public support them no matter what, which is the message of the Redneck Renaissance – unconditional obedience.

From here on out any attempt to win back authority to your side will be a completely wasted effort, and if you would have them back at this point, you are no better. Only a full rejection of the police state has any meaning in the intellectual climate of an incestuous Idiocracy.

In the meantime, don’t be a fuckin’ edgelord. We don’t need more violence or confrontational gibberish. We need more intelligence and absurdity. The Redneck Renaissance prides itself on their collective delusion of normality, which is actually incredibly weird. Are we gonna let those cousin-fuckers out-weird us? I hope not.

“When the going gets weird, the weird turn pro.” – Hunter S. Thompson