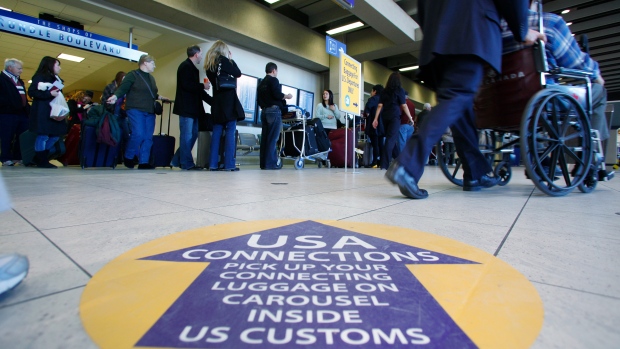 As the American police state grows naturally it would begin to envelope its neighbors and allies, subjugating them to detainment by US border patrol on their own soil; or potentially preventing a natural born Canadian citizen from entering Canada via the United States. The new bill would allow for US Border agents to detain and interrogate Canadian citizens; forcing them to explain themselves and their reasons for not wanting to enter the country.

U.S. border guards would get new powers to question, search and even detain Canadian citizens on Canadian soil under a bill proposed by the Liberal government.

Legal experts say Bill C-23, introduced by Public Safety Minister Ralph Goodale, and likely to pass in the current sitting of Parliament, could also erode the standing of Canadian permanent residents by threatening their automatic right to enter Canada.

The bill would enshrine in law a reciprocal agreement for customs and immigration pre-clearance signed by the governments of Stephen Harper and Barack Obama in 2015. Both houses of Congress passed the U.S. version of the bill in December.

Michael Greene, an immigration lawyer in Calgary, says C-23 takes away an important right found in the existing law.

“A Canadian going to the U.S. through a pre-clearance area [on Canadian soil] can say: ‘I don’t like the way [an interview is] going and I’ve chosen not to visit your country.’ And they can just turn around and walk out.

“Under the new proposed bill, they wouldn’t be able to walk out. They can be held and forced to answer questions, first to identify themselves, which is not so offensive, but secondly, to explain the reasons for leaving, and to explain their reasons for wanting to withdraw,” said Greene, who is a former national chair of the Canadian Bar Association’s citizenship and immigration section.

“And that’s the part we think could be really offensive and goes too far.”

Pre-clearance allows Canadian visitors to the U.S. to clear U.S. Customs and Immigration while still in Canada at a Canadian port of departure.

A spokesman for Public Safety Canada said C-23 limits how far a U.S. agent can go in questioning a traveler.

“The change is that once a traveler indicates their wish to withdraw, pre-clearance officers would be authorized to exercise certain authorities, such as question the traveler as to their identity and reason for withdrawing,” Scott Bardsley told CBC News.

“This authority is provided in order protect the integrity of the border but can only be exercised to the extent that doing so would not unreasonably delay the traveler.”

But Greene said the bill fails to define what constitutes an “unreasonable delay.”

“What’s reasonable for them may be a very long interrogation. Whereas for the individual it may be, ‘I’ll tell you why I don’t want to answer any more questions and then I’m leaving.’ Well, the problem is, if that person tries to leave, then they can be charged with failing to co-operate, which under this bill is an offense they can be arrested for, and then charged and given a federal record.”

“So you could have a circumstance where the Canadian officer says, ‘No I don’t think a search is warranted here. I’m not willing to do it.’ But the U.S. officer just says, ‘Fine, we’re going to do it anyway.'”

“So you could have a circumstance where the Canadian officer says, ‘No I don’t think a search is warranted here. I’m not willing to do it.’ But the U.S. officer just says, ‘Fine, we’re going to do it anyway.'” 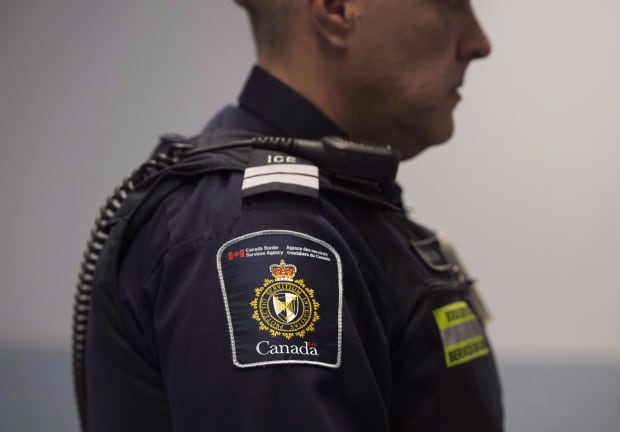 Bill C-23 says if a Canada Border Services Agency officer is unavailable or unwilling, a U.S. officer can conduct a strip search on a Canadian traveler in a Canadian airport. (Darren Calabrese/Canadian Press)

C-23 would also allow U.S. officers to carry sidearms while on duty in Canada, if they’re working in an environment where Canada Border Services Agency officers are normally armed.

Bardsley of Public Safety Canada says the change would probably not extend to airports “given that CBSA officers do not carry a sidearm when processing passengers inside air terminals.”

Also under the existing law, if a CBSA officer feels that a permanent resident has violated the terms of their residency (by not really living in the country, for example), the officer can report them to Citizenship and Immigration, but must allow the person to enter Canada. Permanent residents, like Canadian citizens, enjoy an absolute right of entry.

But C-23 would give a CBSA agent posted at a U.S. airport the right to prevent the resident from boarding a flight to Canada. The resident would have the option to drive or find a ride to a land border, where their legal right to enter Canada would still apply. 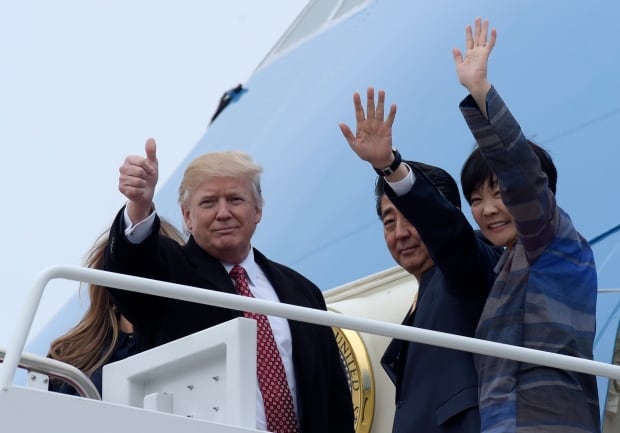 Immigration lawyer Michael Greene says Donald Trump’s arrival in the Oval Office is another reason for the Liberals to reconsider some parts of Bill C-23. (Susan Walsh/Associated Press)

“We’re going to see an expansion, we’re pretty sure, of this eventually to Europe and other major centers. And if they get denied at, let’s say, De Gaulle airport in Paris, they’re not going to be able to get to a land crossing to make the entry.”

Greene says Canadian permanent residents could find themselves in the same straits as some U.S. green card holders in the first days of President Donald Trump’s travel ban.

Greene and Greenberg diverge on how Trump’s arrival in the Oval Office should affect the debate on C-23.

For Greene, it means Canada needs to reconsider the concessions in the bill it drafted when Obama was in power.

“They want to do their interdiction abroad because it’s easier to stop people from coming in if they don’t even set foot on American soil. We get that. But they are operating on our soil, so they do need to respect our rights in doing so.”

While Greenberg agrees the law has troubling aspects, he says it may be the price Canadians have to pay to keep their uniquely privileged status when entering the U.S.

Authors note *This post was edited to reflect American English spelling for the ease of our readers. – BDS