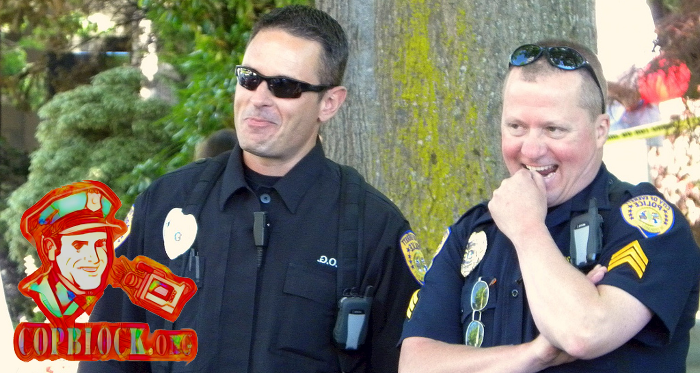 From now-empty platitudes to outright lies, here are five common misconceptions about the injustice system of the American police state.

Police Will Warn You of Your Rights

“You have the right to remain silent. Anything you say can be used against you in a court of law.”

There was once a time when police would warn you of your rights and helpfully suggest you remain silent. However law enforcement is no longer under legal obligation to read you your Miranda Rights. Beyond that the climate of policing has become such that officers are trained how to lie to people in order to get them to incriminate themselves so police can criminalize them opportunistically. They are incentivized to do just that, so expecting them to educate you about your rights while they are trying to find their way around them is unwise. Know your rights, even if you don’t think you will ever need to. But keep your expectations low, the system does not play by it’s own rules no matter what it wants you to believe.

If You Are Not Guilty You Should Have Nothing to Hide

This little humdinger crosses the lips of both police and their supporters  so mindlessly I get massive anxiety just considering the pollution in the human gene pool every time I hear it. Studies have shown that people break about three laws a day, minimum. So even if you think you are legally spic and span, you may be breaking laws you didn’t even know existed. However law enforcers will know and will delight in the opportunity to illustrate this knowledge of arcane restrictions if you so much as give them the slightest chance.

On top of that, you might be committing something you know is a crime, without knowing you are doing so. There have been numerous cases of vehicles and homes being searched and drugs, guns or other contraband belonging to prior owners or tenants was found, and the current occupants were charged. No matter how squeaky clean you think you are, consenting to a search is not in your best interest.

Innocent Until Proven Guilty In A Court of Law

Do you know how many times you can repeat that phrase while sitting in a jail cell awaiting a bail hearing? Some folks have spent days, weeks, months and even years in jail just waiting for an opportunity to bond out or have their trial. Since guilt is determined during that trial, your time in jail awaiting it is a punishment for a crime you are still technically innocent of.

It is one thing to keep rapists and murderers locked up for the public good, but these extended periods of pretrial incarcerations happen more often to petty or victimless crimes. And the justice system will use labels like ‘flight risk’ to pre-punish people without any sort of verifiable evidence that this danger of escaping their injustice even exists. It is a purely arbitrary designation the system uses to subvert its own laws.

Punishment Should Not Exceed the Crime

This idea about how the justice system should operate has been part of the American philosophy of law since it’s beginnings. It stretches back even further into antiquity and has been the rational basis for legal systems for probably as long as they have been around. That is because a system which does more harm than it addresses or prevents is thought to be worse than no justice system at all.

However in America and many places around the world, punishments far exceeding the crime are just daily routine business. The US has 2.5 million prisoners, 86% of which were locked up for victimless crimes. The appropriate number of days anyone should be incarcerated for a victimless crime is exactly zero. This makes the criminal justice system the world’s leader in creating victims. If you added every recorded kidnapping and imprisonment committed by individuals all over the world, it would not even be a fraction of the amount of people the US does that to in a single decade.

Jury of Your Peers

This is stretching the definition of peer awfully thin. Modern courts pretty much consider anyone in the community a peer of the criminally charged. But in most regards these people will not share the same socio-economic experience, values or worldview.

When the ‘peers’ idea was written there were a lot less people. And there was also a good chance that people in your community were your peers in all of those other ways, and not just geographically. That just isn’t the case any longer. And when you end up in a jury trial you are probably going to be judged by people you have almost nothing in common with, and who might not like ‘people like you’ and will thus be influenced to seek a guilty verdict.

The ideas about laws and justice our system was supposedly predicated upon are so far removed that they now seem like lost ancient relics. Our injustice system does not operate in the spirit of peace, prosperity, equality and fairness. It operates from self-interest, greed and as an institution of America’s vengeance culture.

When the solution is worse than the problem, no solutions is a better solution. Abolish the entire injustice system.