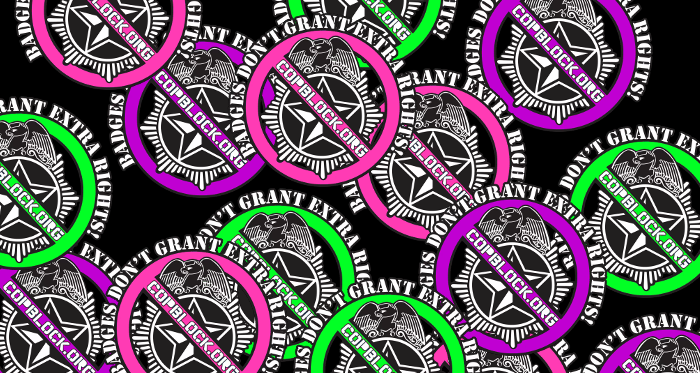 Is there any specific reason that police critics have such radically over-measured stances on policing, such as disarmament, defunding and abolition?

Nope. That is perfectly rational. Ignoring the increase in social disorder which accompanies the growth and audacity of the police state is a recipe for disaster and madness. Speaking of recipes, here is one for a delicious sauce I use on fish tacos.

Mix together.
Chill and serve.

“The ideas about laws and justice our system was supposedly predicated upon are so far removed that they now seem like lost ancient relics. Our injustice system does not operate in the spirit of peace, prosperity, equality and fairness. It operates from self-interest, greed and as an institution of America’s vengeance culture. When the solution is worse than the problem, no solutions is a better solution. Abolish the entire injustice system.”

“Cops think they are the Great Exterminators cleansing the world of pests. In all reality they are the conduit by which the ruling class creates poverty and crime to benefit itself. They are not ridding society of the scum, they have become the scum in order to create more. They and their jails and prisons are the Great Womb. Forget the cockroaches, we need to go for the nest – ABOLISH THE POLICE!”

“The calls you see here at Cop Block for the abolition of police ask for a peaceful transition with innovative community-based planning. Where police have only hammers, they see only nails. What is being proposed here is taking away hammers from people who misuse them and giving communities and individuals a full tool bag from which to solve a number of very different kinds of problems without using compulsive force.”

“Now take all of this in together. If the stresses of a policing career lead to faulty perception with a greater tendency towards hallucination, while also causing magical beliefs of the supernatural and superstitious kind – how can we possibly expect individual officers to be anything less than neurotic, deluded danger to themselves and everyone else? Police are forced into an entirely different reality in order to navigate the circumstances of their careers. This is not a condemnation of individual officers or a mockery of their weaknesses. This is a recognition that the ruling class’ institution of policing destroys individual officers in order that they may then use them to destroy the rest of us on their behalf. For the safety and sanity, the liberty and freedom and the autonomy and self-ownership of all – ABOLISH THE POLICE!”

“The painfully naive police accountability activist has all of the best intentions. The problem is that they have not yet come to understand the bigger picture. They still believe that if the system treated everyone fairly it would be okay. But this ignores several facts. First it ignores that the laws, their enforcement, prosecution and punishment are not fair no matter what. A system of equal oppression is not really a step up. It then also ignores that policing is a forced service, funded by theft. Most importantly, however, it ignores that accountability is not even a realistic possibility. The system of policing is working exactly how it was designed to work. And it is also working in the ways which science suggests it inevitably must – with brutal self-interest.”