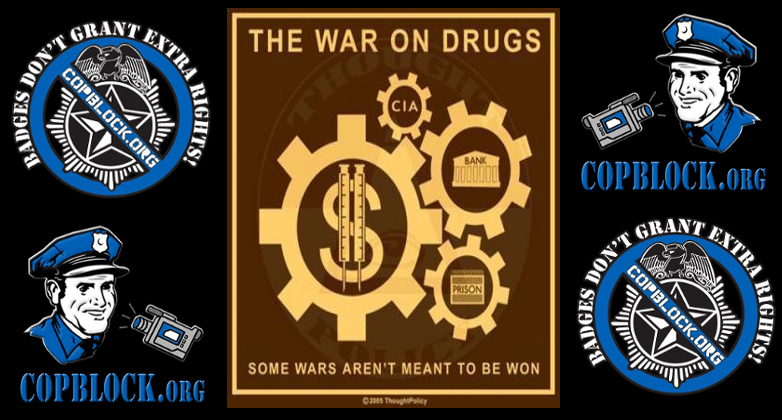 A government under Trump has a high potential to further bolster money pouring into law enforcement. In Wisconsin, an obscure drug unit just cashed in on $40,000 to combat its jurisdiction’s meth problem. That unit’s history, however, suggests it values stats over the lives disrupted and sacrificed, by their hunts.

Another arrest was made after officers responded to a reported drug overdose. Erica Lenard, 30, returned home from work to find her husband OD’ing. Officers arrested them both after finding materials, including lithium batteries and a pseudoephedrine. Currently, they’re undergoing processing for meth production materials.

With so many arrests occurring, and $40,000 now surging operations, another facet must be examined. How will these operations be conducted? How thoroughly planned are they? Will officials learn from past blunders? Or, conversely, will this money simply feed a familiar, albeit beefier, monster?

The Walworth County Drug Unit has been involved in several ethically questionable operations in recent years. Such exploits eventually culminated with a 2016 shooting, where a 21 year old Milwaukee man was killed by police. Investigative reports not only revealed the sting was a fishing expedition for random dealers, but that its planner worked part-time with the unit.

A couple, including a Walworth County Sheriff Deputy Chief, later attempted to back out. Despite verbal recommendations for more manpower, and planning, Price insisted. When others–namely Officer Aaron Hackett–attempted to leave, Price pressured further. A sergeant, Paul Schmidt, who also tried to pull out described Price’s operation as a “not a good plan.”

First, Price asked the informant how many dealers’ numbers he had in his phone. Next, he set up the informant’s car in a parking lot as bait. The plan hinged on dealers from Milwaukee traveling around 45 minutes to Muskego, which many wouldn’t do. Some did, however, and were apprehended after Price conducted legally questionable traffic stops.

This continued that day before Chris Davis, a 21 year old Milwaukee man, was caught in the middle. He’d accompanied friends to inspect a car for purchase when they were rerouted. A passenger, claiming he wanted to pick up money someone owed him, convinced the driver to take him. Davis, although the he owned the car, surrendered the wheel as he wasn’t comfortable with the freeway.

Officers who sprang the trap shot Davis in the head, then sped after the fleeing car. This wasn’t so much as an escape, but more as a mad dash to get Davis medical attention. Officers later crashed the car, captured the survivors, jailed one–possibly turned the other into another informant–and declared Davis dead.

When reports finally went public, few outlets properly represented the scope of the drama. The officer who shot Davis, Walworth Deputy Juan Ortiz, was cleared of all wrongdoing. Officers claimed the car attempted to hit them, though this is debatable. No footage was captured during an incident involving several squad cars, and Price’s body cam.

Chris Davis represented a kind of “worst case scenario” example for these kinds of drug operations. It’s easy to look at a drug case superficially, and be satisfied of an arrest. Things get complicated when one examines how operations are conducted.

As citizens, it’s easy to imagine these as quiet and efficient clean ups. What’s more, some understandably assume punishment is proportionate. That’s not reality, especially when it comes to informant programs.

Very few have sympathy for accused dealers, or societal misfits, but what about college kids? The Walworth County Drug Unit, just a few years ago, harvested informants from local colleges. In one case, a marijuana arrest stripped a young student of financial aid, and a city council seat. That occurred after Javonni Butler refused an officer’s informant deal to “sweep this under the rug.” Those were the very words Price used to persuade his informant. As a result, an operation was conjured which ultimately led to Chris Davis’ needless killing.

Many other cases elsewhere in the country have led to an informant’s death, not the targets. Five months after Davis was killed, Andrew Sadek–a North Dakota State College of Science student–was found dead in a river.

More specifically, officers dragged his body–bound to a backpack filled with rocks–out with a gunshot wound to the head. According to the Daily Beast, his parents still don’t know how their son died  two years later. It’s their honest belief, however, that he was murdered as a result of operations officers forced upon him. On his 20th birthday, after getting caught selling a small amount of pot to an informant, he was offered a way out of jail. Andrew Sadek never told friends, family, or even asked for a lawyer.

Although that case didn’t involve the Walworth County Drug unit, it closely fits their operational model. A member of the unit–Officer Jeff Price–is already responsible for the death of Chris Davis.

Now, with $40,000 fueling more operations, these issues arise once again. It’s critical for the public to be allowed a means to see how these operations occur, and what their costs are. Is a young life, whether a student or not, worth Walworth’s arrest quota?

Departments elsewhere, tackling opioid epidemics, are rethinking their role in finding solutions. Increasingly, a migration away from arresting drug addicts can be felt nationwide. When dealing with Wisconsin’s meth issues, Walworth County Drug Unit must prioritize. Is its goal to fix the problem for the community, or to harvest numbers from forgotten lepers?