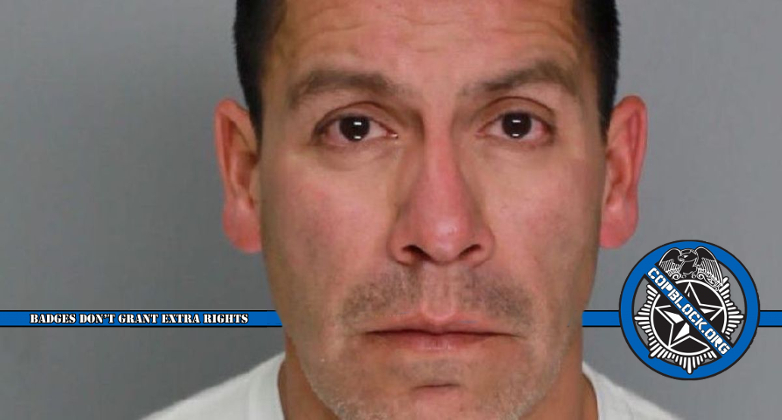 In November of last year (2016), Officer Michael Morin of the Robstown Police Department was arrested after someone reported in a 911 call that there was a driver slumped over the steering wheel of a truck parked in the middle of the road. Morin was still engaged in his drunken power nap when officers arrived at the scene. He subsequently failed a field sobriety test and was booked on a DWI charge then sent off on a paid vacation while the Good Cops running the Robstown Police Department decided how they would sweep it all under the rug.

Four months later, it has now been announced what the results of THAT investigation were. And it went pretty much how you should, by this point, expect it to have (Via KRIStv.com):

The Robstown police officer who was arrested on D.W.I. charges is back at work.

Robstown P.D. officer Michael Morin was arrest on November 6th after he was found slumped over his steering wheel on the road near the Staples and Everhart intersection. On Wednesday, we learned Morin has worked out a deal with the prosecutor’s office and he is taking part in a pre-trial diversion program. If he complies with that program, Morin will have the charge removed from his record.

Meanwhile, the city of Robstown suspended Morin for five days without pay.

Yep, five grueling days of sitting at home without pay after roughly four months of sitting at home while getting paid should teach this yungin’ a lesson he’ll not soon forget (unless he’s black out drunk in his car sleeping on a highway). As for the police chief that swiftly meted out this stiff sentence, he gets where you’re coming from.

“I am mindful that I may face scrutiny, but I stand behind my decision to retain this police officer in whom we have invested so much. I believe that he should have a long and successful career with the City of Robstown.”

Considering what a low bar there is for Police Heros to be considered “successful” (former Officer of the Year ring any bells as an intro on this site?) Chief Flores might very well be right about Morin’s future potential. Personally, I’m just glad that he’s basing his decision on how much has been “invested” in Officer Morin and not the laws that they supposedly care so much about enforcing or some wacky sense of fairness or absence of  blatant favoritism toward their Brothas in Blue.