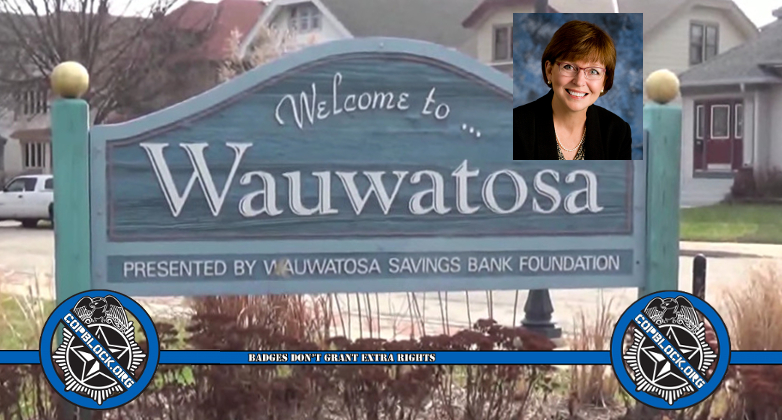 This article was originally published on Pontiac Tribune by the same author.

Since December 2016, I’ve emailed Kathleen Ehly–mayor of Wauwatosa Wisconsin– ten times as a concerned citizen, and journalist. These attempts have been met with a jarring, uniform silence from her office. It’s a response that’s not isolated to just me, and revolves around Tosa PD.

My first email communication with Mayor Kathleen Ehley was in October of 2016. I’d contacted her regarding the killing of Jay Anderson Jr by Tosa officer Joseph Mensah. At that time, many unanswered questions festered throughout Tosa on the killing.

Anderson was shot while resting in his car on June 23d, 2016 at around 3am. According to family, an intoxicated Jay pulled over to sleep rather than drive. Mensah approached Anderson’s car in the darkened park and woke him, beginning a dialogue.

It’s unclear how long this exchange actually was, as none of it was recorded. Mensah, after speaking to Jay, claimed to have seen a gun on the front passenger seat. These claims are made despite Mensah stating he’d shined Jay’s car with his squad car’s light, and then again with his personal flashlight. In fact, the passenger seat was the first window Mensah reported checking for occupants.

Upon seeing the alleged gun, Mensah ordered the 25 year old to raise his hands. Mensah fired after Jay slumped downward several times, which WPD claims was a “lunge” for a gun. His family, however, feel’s Anderson was passing out.

The apparent weapon, oddly enough, wasn’t photographed at the scene. Footage WPD later released doesn’t show a gun, and officers moved it from wherever it was. Mensah’s memory of the chain of events after seeing the gun was “hazy”, according to investigative reports. He’d also not waited for backup before approaching Anderson, and didn’t activate his body cam.

It’s these sorts of details, among others, which fueled months of controversy in the mostly white suburb. Members of the racial equality group Tosa Together even started a “letter writing campaign” to the department. All those letters, addressed to Chief Barry Weber from residents, went ignored.

“I want to assure you that we care a great deal about this case”, Ehly emailed last October. She justified her office’s lack of comment on Jay’s case by invoking his family’s “several different lawyers.” “At this time,” she claimed, “we are legally restricted in how much we/I can say about the situation.”

Ehley did, however, provide an “update” from Weber regarding the shooting, and the officer’s status. Despite Mensah’s name having already been disclosed in protests, WPD’s update didn’t identify him. They didn’t identify him, in fact, for the entire five months of investigations by Milwaukee PD.

What’s more, the only new information only confirmed the officer was on “administrative leave.” This occurred after Mensah, according to his employee file obtained via open records requests, had been placed on administrative duty with WPD detectives. That occurred less than a month after the shooting, and it’s unknown when he was reassinged to leave. Chief Weber expressed confidence that “the final determination” would be to clear Mensah. That came to fruition on December 5th, 2016, marking Mensah’s second kill in 11 months.

Since December, I’ve emailed Ehley ten times to gather insights into what goes on in Tosa. More specifically, I wanted to learn about her level of oversight over WPD as Wauwatosa’s mayor. I also made it clear that these questions had nothing to do with Anderson’s case.

Email after email to Ehley as a concerned citizen, and journalist, went ignored. Last time, it took 10 days to get a reply from her office. During the holiday’s, I did receive an automatic reply stating she’d be back from vacation after the new year. These messages have even changed over time, to avoid being flagged as spam.

I came to Wauwatosa for high school and spent all four years there. During that time, I lived right in Tosa, met many people, and made many friends. To this day, many of my friends are either Tosa natives, or know others from the suburb. Wauwatosa has many issue’s which, despite their sensitive and complicated nature, need addressing. For that to happen, its government needs to be responsive to its people.

As a member of the community, it’s disturbing to see Mayor Ehley not demonstrate that responsiveness. Others, including members of Tosa Together, and Jay’s family, also haven’t gotten much out of Ehley. Hushed murmurs of Ehly being under some “gag order,” or something similar are growing louder daily.

It’s a lack of transparency that has also been echoed in Wauwatosa’s police department. Many continue to wonder why Jay Anderson’s case was kept so quiet as it played out. Beyond that, many other operations go on unnoticed by residents, and unannounced by WPD.

A documentary I produced from 2013-2015 covered one such operation which targeted Tosa teens from 2011-2014. When Tosa PD refuses to answer, some look to the mayor for guidance. Now, they’re left to wonder why her office is so quiet on Tosa PD. Who will listen to the community, or reign in the department the next time something questionable happens? As a teen interviewed in the film stated, “where does it stop?”