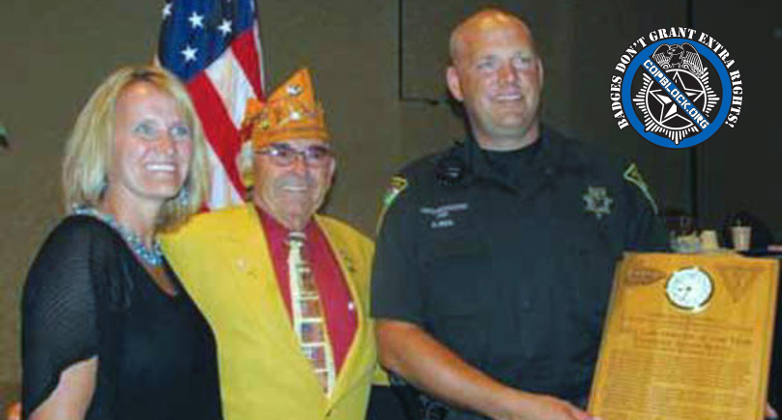 In  November, South Dakota Highway Patrol Trooper Brian William Biehl was arrested for stealing just under $70,000 from evidence that was originally stolen by way of drug seizures. As part of a plea deal (embedded below) earlier this month, Trooper Biehl pled guilty to those charges and admitted that he had taken the cash out of evidence bags and had been doing so for at least four years. Biehl used the excuse that he needed the money to pay bills and stated “I know I screwed up,” while maintaining that he planned to eventually pay it back.

Via the Capital Journal:

Biehl’s arrest was based on an investigation conducted by the state Division of Criminal Investigation. It began in October, according to an affidavit written by DCI Special Agent Guy Di Benedetto, who conducted the investigation.

On Oct. 21, Di Benedetto said in the affidavit, Assistant Attorney General Michael Sharp went to the Highway Patrol’s Chamberlain squad office to review evidence for a trial with two troopers, one of whom was Biehl. During the review, $3,850 worth of cash came up missing from an evidence bag that was supposed to contain $7,590 that had been seized in the case.

That same day, Biehl and another trooper met with their lieutenant and captain. Another $1,540 was found to be missing from an evidence bag that was supposed to contain $4,262 of cash seized following an arrest Biehl had made, according to Di Benedetto’s affidavit.

Biehl’s captain asked the DCI to conduct an investigation after the second discovery was made. After the DCI was called in, Biehl asked to meet with his sergeant. According to the affidavit, they met along Interstate 90 near White Lake and Biehl admitted to taking the missing cash.

It was then, Di Benedetto said, that he went to Chamberlain to speak with Biehl. During the interview, Di Benedetto said, Biehl waived his Miranda rights and said being “short on money” was one of the reasons he started pilfering cash from evidence bags.

Di Benedetto’s affidavit also said Biehl denied taking money from suspects before it had been seized as evidence, that he never took money from someone and “kicked them loose” and that he denied seizing drugs and selling those for money.

By the end of Di Benedetto’s interview, Biehl admitted that he’d probably taken more than $53,000 of cash seized from suspects in his cases. Biehl could not recall all the details from each case but told Di Benedetto that he had, at one point, taken all $20,000 he’d seized in one case about three years ago. Biehl said the money sat in his evidence locker for a year before he started slipping cash from the evidence bag.

Di Benedetto also asked Biehl if he remembered when he started taking money. Biehl said the first instance occurred in 2012 but he couldn’t recall the exact details of the case. The last time Biehl said he took seized cash from a case was Oct. 19, 2016, according to the affidavit.

In addition to being named “Officer of the Year” in 2012 (the same year his crime spree began), Trooper Biehl is also currently the school board president for an area school district. For some reason, even after he has pled guilty to a felony involving stealing public money, there’s some confusion currently about his status in that position. Logic would dictate that he probably should be in the process of being removed, but logic doesn’t always apply to the treatment of Police Heroes and other public employees. Platte-Geddes School Superintendent Joel Bailey has refused to comment based on it being a “personnel matter.”

(NOTE: Trooper Biehl’s K-9 was also named “Service Dog of the Year” in 2012. However, there is no evidence that I am aware of currently that the as yet unnamed dog was in any way involved or even aware of Biehl’s thefts.)

Meanwhile, Trooper Biehl is facing  up to 10 years in prison and a $20,000 fine, on top of $42,000 he has already been ordered to pay as fees and restitution. He is due back in court for sentencing in March. I will make sure to update you on how long his probation will be then.