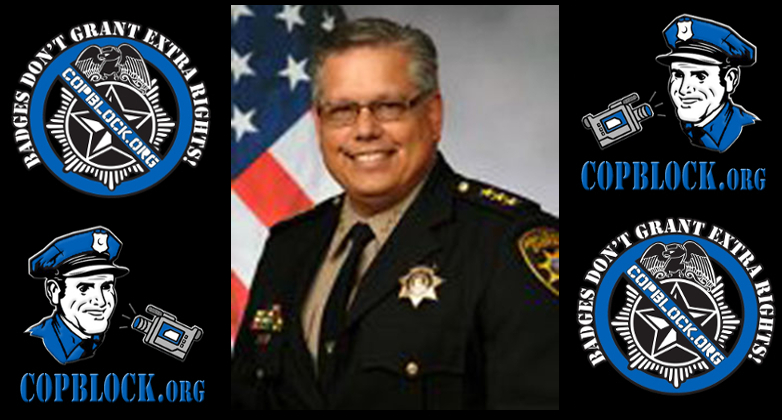 Chief Deputy Christopher Radtke, the former second in command at the Pima County Sheriff’s Department in Arizona, has admitted to stealing about $500,000 dollars over the course of six years from federal funds. According to Radtke’s confession, such thefts had been part of an ongoing practice by sheriff’s department personnel going back at least 18 years. Ironically enough, those funds were part of money allotted for RICO investigations and intended to be used for organized crime related offenses, such as embezzlement and money laundering.

Radtke’s thefts were discovered after an article in Arizona Daily Star exposed that a restaurant located within the department run by his niece, Nikki Thompson, had been receiving preferential treatment. That article revealed that the restaurant was allowed to run without legally required permits and that Thompson was not being required to pay any rent for the space where the restaurant was located. The FBI subsequently began an investigation into financial improprieties within the department.

Originally, Deputy Chief Radtke was charged with one felony count of conspiracy to commit embezzlement and seven other felony counts related to the theft of the funds. However, his plea deal called for him to plead guilty to just three low level misdemeanors, described as having stolen less than $1000 for each charge. When sentenced, his “punishment” will be limited to up to one year of probation. Previously, Radtke was also given the opportunity to resign from the department in order to avoid being fired. Part of his plea agreement is that he will never work as a police officer or within Pima County government, as well.

The investigation revealed that Radtke embezzled roughly $500,000 that had been seized from criminals under the Racketeering Influenced and Corrupt Organizations Act, known as RICO.

RICO funds are intended to be used for crime fighting and prevention, but the indictment says Radtke was misusing those funds, making purchases that didn’t fall under those requirements.

Radtke admitted that he became part of the practice about six years ago, the release said.

The three counts of theft Radtke pleaded guilty to were associated with purchases made in 2011, 2014 and 2015, U.S. Attorney David Backman said in court Friday morning when summarizing the factual basis for Radtke’s guilty pleas.

For all three incidents, Radtke admitted to knowingly converting funds to be used by the auxiliary volunteers with the intention of depriving the owner — the U.S. government — of the use or benefit of the money or property, Backman said.

In 2011, Radtke used a sheriff’s auxiliary volunteers’ check for $926 to reimburse the department’s award banquet. The rest of the check was used to pay for a restaurant bill and a new microwave for the break room at sheriff’s headquarters, Backman said.

Radtke also admitted to using the auxiliary volunteers’ credit card in 2014, to buy two model airplanes for himself and an unnamed colleague, at a cost of $599 plus $90 for shipping. Five days later, he used the card again to pay $50 rush shipping for the airplanes, Backman said.
In 2015, Radtke used another auxiliary volunteers’ check, this time to pay an artist $500 to make a menu for the chalkboard at sheriff’s headquarters, owned by his niece, Nikki Thompson, Backman said.

The FBI investigation began after a November 2015 Star story about Thompson running cafes inside the sheriff’s headquarters and the jail without a county contract and rent-free.

Public-records requests revealed the Sheriff’s Department spent more than $30,000 on renovations and equipment, the Star reported in November 2015.

While the indictment listed a conspiracy charge and mentioned “other persons known and unknown to the grand jury,” no one else has been charged in connection with the investigation.

“I’m a little concerned about the plea agreement being for three misdemeanors, when he was charged with seven felonies,” said Sgt. Kevin Kubitskey, chairman of the Pima County Deputy Sheriff’s Association, and one of several department employees who came forward to the FBI to corroborate the allegations of misuse of funds. “The men and women of the PCDSA want to know why, and we’re hoping that some explanation is given to us.”

While it was a relief to finally hear Radtke admit wrongdoing and acknowledge this practice has been going on for 18 years, Kubitskey was also concerned the conspiracy wasn’t addressed in the plea.

“I hope that the U.S. attorney realizes the jeopardy people were in by giving all of this information,” Kubitskey said. “I worry that people may not come forward in future situations like this, because of this type of low plea.”

Pima County Sheriff Mark Napier was disheartened by Radtke’s admission that the illicit financial practices had been going on for nearly two decades, and said that the department is working hard to move forward and restore the public’s trust.

“It’s disappointing that such a long-existing conspiracy involving criminal corruption is coming to and end with three misdemeanor convictions and a year of probation,” Napier said.

Of course, nobody else involved in this little scheme to turn public funds into a personal slush fund, during Radtke’s time or during the twelve years (at least) prior, have been charged or seemingly even investigated.