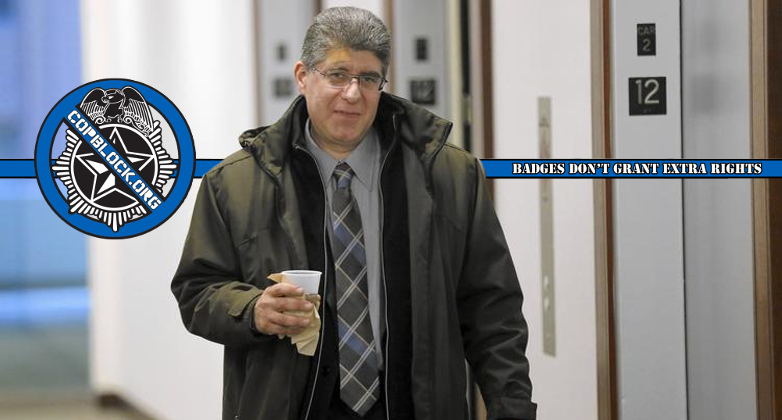 Last week, the Chicago Independent Police Review Authority, one of those civilian oversight boards that are designed to make it appear police aren’t investigating themselves, voted to fire Officer Francisco “Frank” Perez over a shooting that took place in 2011. Amazingly, considering the level of corruption and violence that is routinely carried out by members of the Chicago Police Department, this was actually the first time the board had ever voted to fire a cop for a shooting in its ten years of existence. (If you know anything about the reality of police oversight boards, that actually won’t be that surprising.)

The shooting for which Perez was eventually fired involved a drive by shooting at a restaurant where he was working during his off-time as a security guard. Three people were shot, including one fatally, by a car that pulled up next to another car parked in front of the restaurant. Officer Perez responded to the shooting and began firing his gun. However, instead of shooting at the car that had committed the drive by, he began shooting into the parked car.

Before all was said and done, Perez had fired 16 shots into that car hitting one of the occupants. Later, when he was being questioned about the shooting by internal affairs, he lied about which car he was actually shooting at, apparently maintaining that he was just a really bad shot. Even after being shown the video, he continued insisting that he was firing at the other car, which had driven away before he began firing.

According to authorities, the shooting occurred shortly before 4 a.m. Nov. 5, 2011, outside the La Pasadita restaurant in the 1100 block of North Ashland Avenue. Perez was off-duty and working security for the restaurant when an occupant of a red Mitsubishi Galant opened fire after pulling up beside a blue Chrysler 300M that was double-parked in front of the restaurant.

The evidence against Perez hinged largely on video obtained from a surveillance camera outside the restaurant. After the Mitsubishi had sped from the scene, the footage showed Perez moving toward the Chrysler and firing his weapon at the rear of the vehicle, according to IPRA. Perez continued to fire as the Chrysler took off, IPRA said.

Yet even after viewing the video in 2015, Perez continued to maintain that he had fired at the red car.

In testifying before a Police Board hearing officer last year, Perez did not dispute that he mistakenly shot an occupant in the Chrysler but said he was aiming at the red car seconds after the drive-by shooting.

Three people standing outside the restaurant were shot, one fatally.

A lawyer representing the Police Department contended that Perez should be fired for lying and shooting an “innocent bystander.”

But Perez’s lawyer, Daniel Herbert, described his client as a hero and dismissed the allegations against him as preposterous.

John Farrell, who testified as an expert on use of force on behalf of Perez, defended the off-duty officer’s decision to open fire because the gunman in the red car had just committed a forcible felony and was attempting to escape.

Farrell also criticized the quality of the video as not “top notch.” He said the video did not depict what Perez saw that night because the camera captured the scene from a different angle than what the off-duty officer viewed. It also gave a limited view of what took place that night, he said.

In addition, Farrell testified that outside factors, including tunnel vision and an inability in the poor lighting to distinguish the colors of the two cars, could have played a role in the incident.

But the Police Department lawyer, Special Assistant Corporation Counsel James Fieweger, told the hearing officer that he was skeptical that Perez intended to fire at the Mitsubishi because the car was a full block and a half away when he opened fire. The odds that Perez would be successful in hitting the moving vehicle in the dark at that distance were minuscule, he said.

“I think Officer Perez was trying to do the right thing, but he was ill-informed and made a horrible mistake,” Fieweger said. “He’s been offered multiple opportunities to correct his story. If an officer’s gonna lie to cover that up, what else is he gonna lie about?”