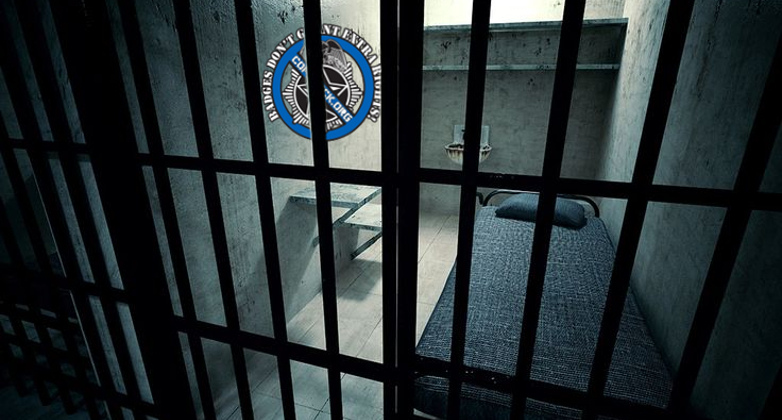 The following post was shared with the CopBlock Network anonymously by a reader, via the CopBlock.org Submissions Page.

Police Abuses on the Rise

It’s no secret that police brutality and misconduct has been on the rise recently with cases in the news like Eric Garner who was suffocated in a choke hold by police and killed for illegally selling cigarettes. Similarly, a 12-year-old boy Tamir Rice was shot and killed after playing with a toy gun in the park. The level of uneasiness between police officers and citizens has hit an all-time high and we see this unrest play out in society. Police brutality is not the only form of police misconduct- false arrest of citizens can be an excruciating experience that sends innocent people to prison for simply being in the wrong place at the wrong time.

For example, Chicago’s taxpayers have had to pay over $120 million for the racial torture committed by one police commander, Jon Burge. Part of the disconnect between officers and citizens is the unfairness in power and how that power is used. To add on to this, police are offered different treatment when it comes to false arrests or misconduct. Although Burge oversaw the torture of over 118 black men – which would typically lead to decades in prison – he was released in three-and-a-half years and sent to a halfway house. All the men he tortured remain behind bars.

Police officers were granted a Qualified Immunity Doctrine by the Supreme Court which essentially states that police officers are innocent of harm towards their suspects in most cases due to their risky and honorable line of work. The best intentions are seen to be associated with most police officers, but has that been the case recently?

Typically, false arrest from police officers falls into the police misconduct category, which can also encompass police brutality and wrongful death. According to the University of Michigan Law School’s National Registry of Exonerations report, 75% of homicide exonerations involved police misconduct. One widely publicized example of a wrongful arrest was James Bain, who was convicted of kidnapping and rape at the age of 18. He served 35 years for a vicious crime he did not commit. Although DNA evidence was tested and presented prior, he was refused further DNA testing from the courts until his fifth try in 2006. Although misidentification from eyewitnesses account for 75% of all convictions that are overturned by DNA evidence, Bain was wrongfully arrested and incarcerated by police.

How Does False Imprisonment Affect the Public?

Some people may think that the police arrest people who they think are guilty of a crime, and if they are wrongfully arrested, they are quickly released and go about their happy lives. That is far from the truth in most cases where the arrest was outright wrong and unlawful. Many people who are falsely arrested fight back and sue the police officer who wronged them and because of this, the public is responsible for paying that fee.

Amount of Money City Taxpayers Have Paid for Police Misconduct:

According to Jon Norinsberg, a false imprisonment attorney, New York city police may only legally arrest citizens if:

Why are Police Officers Getting Away with False Imprisonment?

The number of innocent people behind bars is the highest number it has ever been historically, so it is only natural to question the source – the police. Why has it become okay to so quickly convict people and rarely face punishment as a police officer for wrongfully arresting someone? The issue gets stickier when videos of police officers using excessive force and even killing citizens when they appeared to pose no threat. Are there consequences for that? Rarely.

Unfortunately, false arrests happen and can be scary to argue your case in front of a judge – especially because police are most often shielded by the Qualified Immunity Doctrine exercised by the Supreme Court. This is a protective order that is designed to protect police officers from facing punishments from their mistakes or unlawful actions. In theory, this Qualified Immunity Doctrine was originally designed to shield officers who are properly bringing justice to criminals and who handle situations appropriately – if someone is upset for getting arrested if they deserve it, well this doctrine will protect the police from this potential complaint or lawsuit. Since videos have been released of police officers using unnecessary excessive force on unarmed people, citizens are growing scared that officers are abusing this immunity from the Supreme Court to get away with their unjust behavior. This is where a disconnect lies between police officers and citizens.

Where is the Accountability From the Police?

Why is it that as a society we only started paying attention to police misconduct and false arrests when Netflix featured programs like Making a Murderer?

Police officers are designed to keep our communities safe. While most cops are heroes and upstanding citizens who work hard to protect our safety, those who entered the police force to unlawfully assert power over others and take advantage of their badge are getting more press in recent news. Although it’s an unfortunate circumstance, it is important to stay educated on what is happening in society to better educate yourself and to hopefully make a positive change.