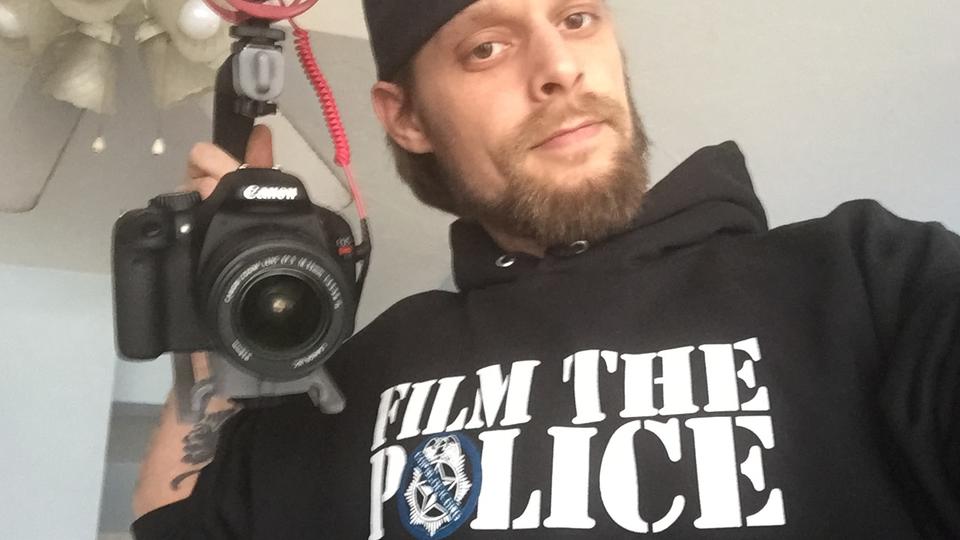 In 2004, I pled guilty to a felony charge of conspiring to distribute marijuana. The circumstances surrounding that arrest and conviction led me to found CopBlock.org in January of 2010. The words I write you today, February 21st 2017, are written with a security pen, on jail issued paper, from the “Warren County Correctional” Facility in Ohio, where I currently face three felonies for the alleged possession of a plant.

This means that I have spent half my life and nearly all of my adult life fighting for the basic concepts of “self-ownership” and “victimless crimes.” All too often, the cost of these battles have been my freedom, financial turmoil, and many broken hearts to those who’ve shown me love in my life. Even though my actions have never caused harm to an individual nor do they contain any violence.

While I am unable to discuss the details of my case at this time, the avid readers of the site and my friends KNOW the toll my involvement with CopBlock has taken on my life. I am NOT complaining and I would change NOTHING. CopBlock is one of the greatest things I have ever done and, though I wish it (or I) could have achieved more, it’s done a great service to who knows how many people.

Yet, as I approach my mid-thirties, the long hours, lack of financial security, and risk to my personal freedom has lessened my desire to be the frontlines, or the face, of CopBlock. In 2016, I fell in love with an amazing woman and her two equally amazing children. After attending the RNC in Cleveland this past year, I decided to hang up my CopBlock boots. I was going to continue to manage the aspects of CopBlock from behind the scenes and hopefully transition into a podcast role of some sort. I would no longer put CopBlock above my own well being and focus on living a more private/simplistic life.

Sadly, it seems I’m somewhat destined to be a perpetual victim of those who wish to tell others how to live their lives. Whether the allegations against me are true or not, the fact of the matter is there are no victims involved whatsoever. Yet, I write this from a “house of corrections,” where three of my 80+ roommates are suspected of murder and only a small handful more – I’d say about six – have actual victims as a result of their “crimes.” That means that 70 out of the 80 here didn’t harm a single person, but we are housed, fed, and treated just like those who have.

Now, before your thoughts turn to “don’t do the crime” or some other unintelligent statement that basically means all “criminals” should be treated the same; i.e. poorly, please spare me while I tell you something… it’s that mindset that has created this problem to begin with!

Anyone who says that has never been to jail. And lucky for you…I hope you never have to experience it, either but it doesn’t mean we shouldn’t know what happens in these places.

In my 15 years of watching, experiencing, and questioning the “Justice System,” it’s NOT getting better, in fact, it’s getting worse. Sure a half dozen states have lessened their stranglehold on people who possess or use marijuana – and I can’t wait to move to one of those places- but the justice system as a whole is utterly pathetic.

The echoes of “the law is the law” or “I’m just doing my job” are deafening – the jail I currently live in was built to house only one inmate per cell. Yet, thanks to the War on Drugs, two inmates are required per cell. In order to achieve this, the jail had to take our doors OFF OUR CELLS! Let me say that again…the county is locking up SO MANY PEOPLE they had to put TWO MEN in one man cells and to do that had to remove the doors to our cells!

Allow me to drive that point home for you: The people in the position of overseeing the functions of this jail – and many others – decided to add beds and remove cell doors, instead of saying, “maybe half these people shouldn’t be here.” Or atleast thinking of alternatives to caging people who have drug abuse issues.

In the two weeks I have been here, the hottest commodity on the Block are the “butterscotch” and “peppermint” candies. Why? Because those in here who are dope sick need them to get off the drugs. The jail doesn’t give them medicine that works, it’s us inmates who help them. It’s appalling that someone thought it would be better to add beds, remove cell doors, and offer no medical help to those who need it than it would have been to build a functional rehab facility; or just allow people to put what they want in their bodies!

Of course, if you’re a corrections officer or LEO, it benefits you and your family to choose the first option. Yet, if you are a taxpayer, I promise you would be better off with rehab and an end to the War on Drugs, altogether. And if you’re me, or one of my roommates here, you’re being screwed by both. And thanks to Corrections and Law Enforcement failing to advocate for real change, I’m currently sleeping just a few cells away from men who have murdered, without even a door between us. JUSTICE ISN’T ONLY BLIND, IT’S STUPID AS WELL! (Note: I do not live in fear of these murderers, there are murderers on the outside too and, just like on the outside, it’s up to me to protect myself.) There is no rhyme to the reason, no common sense or questions asked. Just business as usual for these people.

Those who work for this system say, “I’m just doing my job” without realizing their jobs do more harm than those they cage for a living. They don’t see how my girlfriend and her kids are being harmed. They don’t see how millions of taxpayers are being harmed. They don’t see how there seems to be no end in sight for any of it. Not a single one of them asks, “How can we make this better?” None of them seem to question how harming people helps them. So I ask, how many more will they harm before they start to advocate for change? Sadly, my answer is far too many, because nothing will change until those who are just doing their jobs actually start doing their jobs!