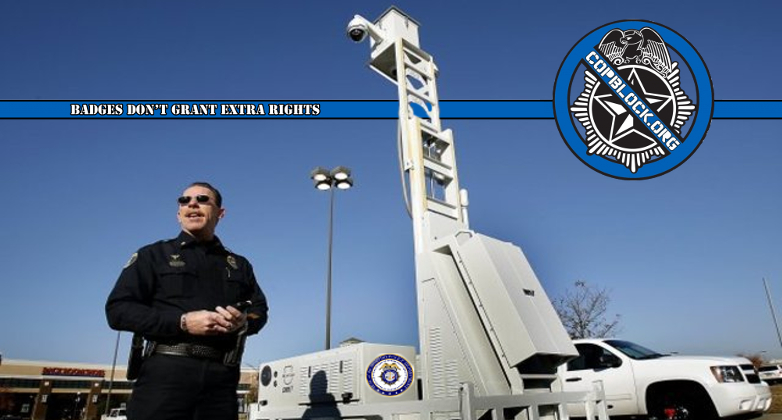 This article was originally published on the Pontiac Tribune by the same author.

Information nearing Orwellian levels is now disseminating from America’s south. The Memphis Police Department has been accused of widespread surveillance operations against city activists. In a story brewing violently in city hall, reports of a Memphis PD “black list” also looms in the background.

That last accusation crosses the line between state surveillance, and counter-intelligence/sabotage. As such, it rings echoes of the FBI’s COINTEL PRO program, which monitored and undermined activism in the 1960’s.

City officials largely dismiss these reports, dating back to when Memphis joined wage movements nationwide. “We’ve read about such behavior in history books”, says Mid-South Organizing Committee Attorney Jerry Martin, News Channel 3 reports. Martin goes on to speak almost regretfully, stating such counter-activism efforts “in Memphis”, “ is not just a thing of the past.”

Attention also beams on a list Memphis PD maintained of people requiring city hall escorts. Reputedly cataloging 26 names, Memphis Daily News reports, it shrank from 81 just weeks ago. In the midst of legality and ethical arguments, Memphis police director Michael Rallings called the list “a mistake.” This list–dubbed a “security book” by police–while adding controversy, is separate from MSOC’s lawsuit. Odd how officials deny surveillance while admitting, and apologizing for, the list.

Director McMullen, Memphis Daily News reports, also hints Memphis PD won’t disclose how it obtained the names. The people cataloged by and large have participated in various protests and demonstrations.

In one case, Memphis Mayor Jim Strickland notified police of a “die-in” on his front lawn. Officers allegedly advised Strickland to sign an authorization order permitting arrests of trespassers. This documents people undesired by the homeowner.

Mayor Strickland, however, claims to not know where the names came from, or how MPD obtained them. Whereas some were people who participated in the “die-in”, others were involved in pipeline protests. Since the list was disclosed, officials have been hard at work striking names off claiming they were mistakenly cataloged. Many of those names, curiously, are people who’ve been involved in protests, and demonstrations of various kinds.

In response, police director McMullen stated “we do not disclose our police tactics (or intelligence)”. He repeatedly described this as being “exploited to the detriment of public safety”. Police officials also insist the list isn’t politically motivated despite who’s actually on it.

Stingray’s lure in devices and their data by mimicking cell towers. So instead of your data going where it’s supposed to, it’s intercepted then sent on its way. Another means of collecting cell data is “tower dumping”, which is essentially a less precise means to the same end. When police tower dump, they gather untold amounts of data to be analyzed and sifted through later on. Stingrays are more capable of homing in on particular devices and can be used to track people. This was ultimately what outed Wisconsin’s Milwaukee PD and its widespread use of Stingray.

Many departments obtain these technologies from federal law enforcement or other entities. It’s been reported multiple times that departments are required to sign non-disclosure agreements before obtaining the gear.  This creates an odd dynamic where some departments may want it, and others have no choice.

McMullen went on to use “public demanded body-worn cameras” to downplay surveillance accusations. According to him, protesters blocking bridges, shutting down businesses, and disturbing a “normal way of life” provoke police actions. It’s these things, McMullen claims, Memphis PD is concerned with rather than “political surveillance”.

Regardless of whatever semantics officials care to use, these operations’ human effect remains. While some marchers expect this, others are simply concerned locals. Those participants, despite their motivation, may be deterred by open Memphis PD surveillance. Thus, it doesn’t matter what Memphis PD calls these actions. Lasting effects remain the same whether or not it’s officially acknowledged “political intimidation.”

Additionally, are the police serving the community by engaging in these behaviors? Do Memphis residents, or fast food corporations, benefit from what MSOC’s lawsuit alleges? It’s not so much a question of direct cooperation, as an examination of the end result. That being, citizens marching for a better community are silenced into inaction.

America exists in a precarious era wherein the public regularly faces down the surveillance complex. It’s brutally apparent at Standing Rock, and has touched the riots of Milwaukee, Baltimore, and elsewhere.

These continually outsourced technologies increase in sophistication, and efficiency by the day. What evolves alongside that may be slightly more insidious. It’s the tangible manifestations of this ever encroaching phenomenon.

The lists, the unmarked vehicles, the trailing, and so on carry their own edge. It lets the target know, person-to-person, that they may never really be alone again. This is the game Memphis PD, and possibly the city at large, has been caught playing.