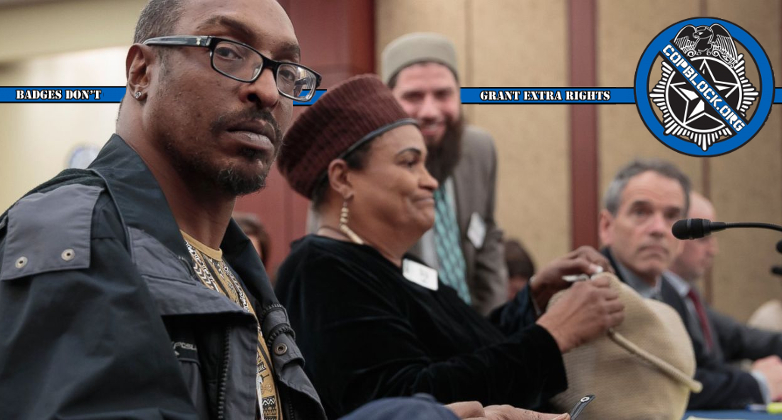 Yesterday, on the way home from a trip to Washington DC to testify about his first incident of being detained for having a Muslim name, Muhammad Ali Jr. was detained once again. This time the son of the former boxing champ known as “the Greatest” may have been more than just religiously profiled, according to his lawyer.

Family attorney Chris Mancini has since suggested that the stop was an act of retaliation for having spoken at a Democrat-organized Congressional forum on immigration. Ali had criticized Trump’s Muslim travel ban and attributed his first detention last month in the Fort Lauderdale airport to both racial and religious profiling.

Meanwhile, the TSA maintains that Ali’s jewelry set off an alarm prompting the extra profiling.

Muhammad Ali Jr. was detained and questioned at a Washington airport before being allowed to board a flight to Fort Lauderdale after meeting with lawmakers to discuss a separate airport detention incident last month, a lawyer for the late heavyweight champion’s son said Friday.

Ali and his mother, Khalilah Camacho Ali, were stopped at the Fort Lauderdale-Hollywood International Airport after returning from Jamaica on Feb. 7. They traveled to Washington on Wednesday without incident to speak to members of a congressional subcommittee on border security about that experience.

But attorney Chris Mancini said that when Ali attempted to board a JetBlue Airways flight home to Florida on Friday he was detained for 20 minutes. Mancini said Ali spoke to Department of Homeland Security officials by telephone and showed his driver’s license and passport before he was allowed to board.

“None of this was happening Wednesday,” Mancini said in a telephone interview Friday afternoon as he was traveling with the Alis. “Going to Washington obviously opened up a can of worms at DHS.”

A spokeswoman for the Transportation Security Administration acknowledged the agency confirmed Ali’s identity before he boarded his plane.

Spokeswoman Lisa Farbstein said Ali also was patted down because his jewelry set off a checkpoint scanner alarm.