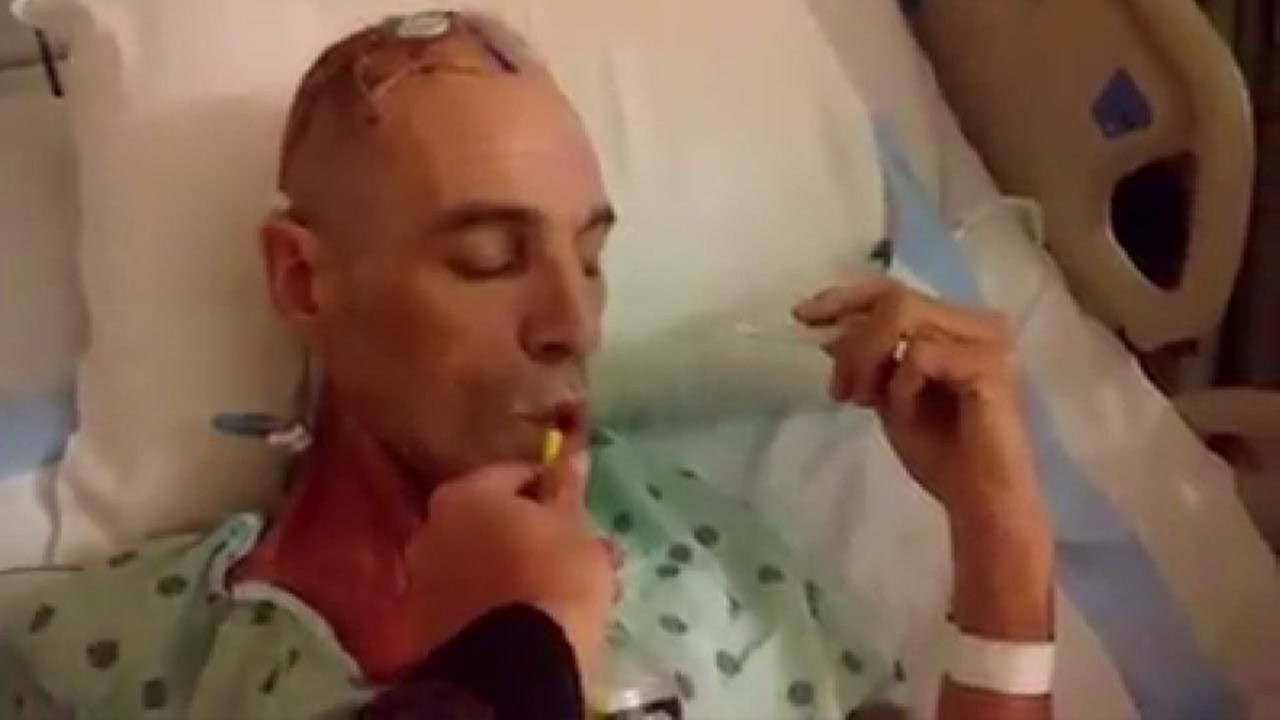 The following post was submitted by Amy Fry. She’s the Cousin of Eddie Taylor whose family is seeking answers from the Harris County Jail staff as to what happened to their loved one. Amy stated that:

I have respect for our officers that protect us and watch over our families, but the officers that use their force in an outrageous and irresponsible fashion is unacceptable. In 1999 my cousin, Eddie, was in a horrific car accident with an 18-wheeler that left him PHYSICALLY AND MENTALLY HANDICAPPED. Recently he was hospitalized with seizures at Methodist hospital in Baytown. When he left Methodist, Eddie was fully responsive and cleared to follow through with his normal routines by doctors. Upon his release, the hospital called him back in to pick up his medication and during that time he had an altercation with a hospital security guard. He was then taken into custody by Harris county.

During the time Eddie was in custody he sustained injuries that left him unconscious and unresponsive with severe blunt force trauma to the head, which caused an aneurysm, and two broken arteries among other injuries. He was put on life support for 48 hours after being transferred by Harris county to Ben Taub hospital in Houston. No family was allowed to see him despite the fact that doctors were unsure if he would make it through the night because he was technically still in custody. Even though he was unconscious from emergency brain surgery to relieve pressure from his head, he was handcuffed to the hospital bed as if he were a danger to others. Currently Eddie has tubes draining blood from his skull and is being kept in the ICU. His outcome is still unsure as we take it day by day praying for his recovery. This is an innocent man with previous mental and physical disabilities that did not deserve to be beaten within inches of his life. His voice needs to be heard. Please re-share this and follow his page “Justice for Eddie Taylor” on Facebook. Get this tag trending #justiceforeddietaylor

Eddie Taylor is in the ICU at Ben Taub Hospital, facing charges as doctors work to save his life. After the alleged fight with a jail deputy, he was left with a brain aneurysm and infections in both lungs.

“It would be like beating a little kid. I thought officers are trying to subdue people without hurting them,” said his sister, Shirley Hardy.

Family member said Taylor, who suffered brain damage after a 1999 car crash, went to Methodist Hospital in Baytown on Feb. 26 after suffering seizures. Taylor allegedly got into an altercation with a security guard, and was arrested and transported to the Harris County Jail.

But within hours of arriving at the jail, Taylor was rushed to the hospital.

“Somebody who is in custody — why would that person be beaten to the point of having to go to the ICU?” asked attorney Scott Armstrong, who wants to see video of what happened in the jail.

The sheriff’s office released a statement, saying in part: “On February 27, 2017, inmate Edward Dale Taylor assaulted a Harris County Detention Officer. While gaining control of the inmate, Taylor was forced to the ground where he was injured.”

As someone who’s been to jail before I can tell you that “Corrections Officers” are heavy handed. They also lack patience with those who have health (mental or physical) issues. During my most recent stint in jail I witnessed several such people being heavily dosed with sleeping medication and/or placed into single cells for medical watch (23 hour lockdown). On one occasion a person was strapped to a chair after claiming they wanted to hurt themselves. There’s no doubt in my mind that some impatient cop, who lacks knowledge and experience with the disabled, is responsible for these injuries.

Jails/Prisons do not offer help or corrective behavior, they are institutions of violence and control which is mostly done by staff – not inmates. You don’t have to take my word for it, simply ask anyone who’s been locked up over the last 10 years. These government facilities are dark, dark places and not due to the inmates but the staff. They truly lack compassion and care.