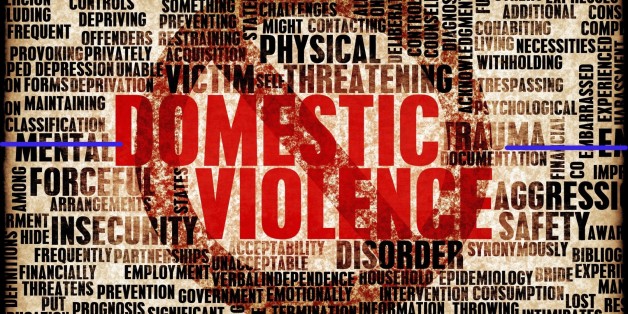 The following was shared with the CopBlock Network via the submit page. If you have a story of police misconduct or have penned an op-ed regarding the police, please share it with us and of the editors will publish it. If you are interested in taking a more active role in spreading the message that Badges Don’t Grant Extra Rights, consider joining the CopBlock Network and filling one of the many roles that fits into your schedule.

Besides playing a sport, what do Ray Rice and Adrian Peterson have in common? Both NFL players abused their loved ones and had their stories widely publicized by the media. Ray Rice was caught on camera dragging his then girlfriend out of an elevator after punching her causing her to fall unconscious. Adrian Peterson beat his four-year-old son with a tree branch and photos were later leaked.

It may come as a shock that the rate of domestic violence is higher with police officers than NFL players, but why have we never heard of this? As a society, it seems that we value entertainment over education. By this I mean that we are addicted to the drama and exposure of famous athletes wrong-doings and fail to report on the same police crimes.

This study went on to explain that police officers typically handle in-home domestic violence incidents informally, meaning that they are directly contradicting their police duties to protect others when they are the ones causing the harm. Additionally, there is rarely an investigation, an official report written up, or an effort to check the victim’s stability and health after the incident. Although police officers are trained to treat domestic violence situations as high-priority and as life threatening situations, police officers who engage in harming their significant other typically ignore these taught guidelines.

It appears that as a society we are exposed to more domestic violence cases when it involves our favorite athlete instead of being educated about police domestic violence. Why is that? After all, the police are the ones we call to protect us against this type of behavior.

Are Police Officers Who Beat Their Loved Ones Held Accountable?

Police officers who harm their loved ones are aware of the law and the proper procedure following a domestic violence incident, yet their cases are not handled in the same manner as a common citizen. There are mandatory arrests in 21 states following a domestic violence allegation yet, 30% of police officers accused of domestic violence continue to work at the same agency a year later. However, if you fail a drug test as an officer, only 1% will remain employed at their agency and 7% of officers remain after committing theft. The New York Times reported in a 2013 investigation  that, “In many departments, an officer will automatically be fired for a positive marijuana test, but can stay on the job after abusing or battering a spouse.” How is domestic violence excused more often than getting caught for having marijuana in your bloodstream?

One example of a study indicating police officers are not held accountable for their domestic violence actions show that between 1990 and 1997 the LAPD investigated 227 domestic violence cases that were reported. Ninety-one of these cases were further investigated. Out of those 91 allegations, only 4 resulted in jail time for the convicted officer. Out of the four officers who received a criminal charge for their battery, only one was suspended from the force for 15 days and later had his conviction erased from his record. From this same investigation, 75% of the time these domestic violence incidents took place, it did not show up on the officer’s evaluation. Out of those 91 officers arrested, 29% of them were promoted in the two years following their convictions. Police officers and NFL players tend to have a similar punishment for domestic violence – a short time away from their profession and then quickly returning to their career.

What are some concerns for reporting domestic violence from a police officer?

Could these reasons factor into the lack of media coverage on domestic abuse of police officers?

What are we valuing as a society as far as protection?

The job of an NFL football player is to love their team, give their best athletic performance, and encourage their team members to play their best game. The job of a police officer is to protect their community, serve justice, and to make others feel safe in their presence. Domestic violence is a real and severe issue that affects men and women worldwide. Why does the media favor uncovering NFL player’s crime stories over police officer’s domestic violence crimes? Why don’t we focus on the people who signed up to keep our communities safe yet have a higher rate of domestic violence in their homes?