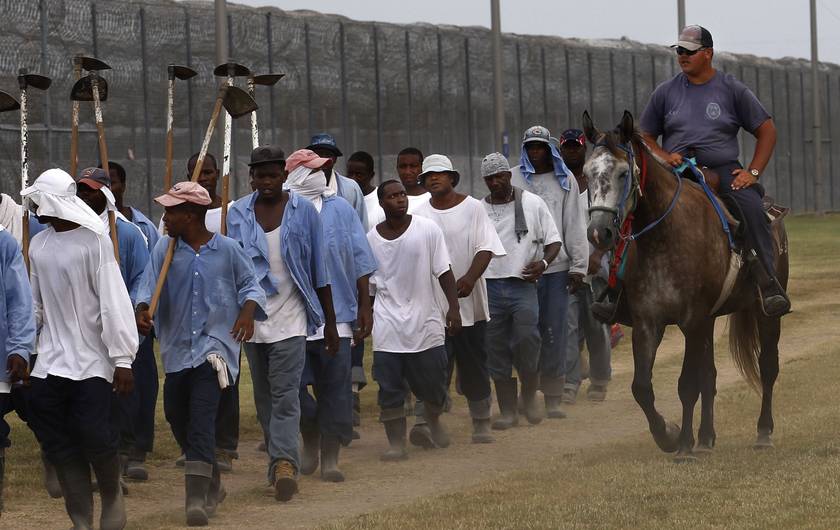 Most believe slavery was abolished, but I would argue that it was merely altered and disguised with new words.

“Slave” was replaced with “citizen” and is no longer restricted to the color of one’s skin. Plantations are now called “Correctional Facilities,” “jails,” or “prisons.” Landowners (or slave owners), which were individuals, have been replaced with government entities; like the city, county, or federal government that claims said territory.

While I could easily make the case that every citizen is really a slave to “their” government, for this post – at this website – I’ll stick to the modern day plantations that house today’s more obvious slaves. Yet, if you don’t think you’re a slave living here in the USSA, by all means try to drive without a license, put a substance in your body that the slave owners have deemed “illegal,” or skip out on the next property tax bill you’re sent. So, please, don’t kid yourself by thinking ‘this is how a civilized society acts.’ If you can’t say no or make your own choices, you are a SLAVE. Period.

So, back to the more obvious slaves: the inmates. The slaves of the past were taken or sold for one reason only – to make profits via cheap labor. The same can be said of the majority of today’s inmates. Sure, they aren’t purchased or forced to work – though many actually are, especially in prisons – and aren’t directly beaten or murdered like slaves of the past, but the bottom line is the same… they exist to make money for others. Whether that be a politicians, police officer or corrections officers salary, it all boils down to money.

While there may have been a time when prisons actually housed people who “rightfully” deserved to be there, those are few and far between now. And although inmates aren’t generating money by labor like those of the past, this is how modern day slavery has evolved. In the past, slaves picked cotton or worked a number of jobs to generate revenue for their masters directly. Today, the slaves (I mean inmates) only have to sit in the plantation (I mean cage) to generate revenue via taxation, indirectly.

At least the plantation owners of the past were actually held accountable – in terms of financial gain or loss. Today, the government – the new slave owner – not only taxes the slaves not on the plantation, but also collects revenue (or reduces their operating costs) from the cheap slave labor that comes from those on it. All the while, going more and more into debt. No slave owner of the past could go trillions of dollars into debt and keep the plantation running.

That’s right, the government TAKES money via taxation – which is theft – to create and maintain such places and isn’t even able to make it a profitable or break even venture. Even when they don’t have to purchase their slaves like the slave owners of the past. They simply pass a law making “whatever” illegal and droves of slaves are sent off to the plantation to further the agenda of bleeding hardworking people out of their money or time.

To bring this full circle, nearly 2.2 million people are currently locked up in what’s labeled as “the Freest Country on Earth.” Those people are told what to eat, when to eat, when to shower, when to get their laundry, what to work on, and housed amongst one another in conditions you could never imagine.

If you are told what to put in your body, how to spend your every waking moment and so on, you are a SLAVE. If you’re the person telling them what to do you’re either a MASTER or a “House Slave.” Which is basically what every single police officer and corrections officer is…a slave who tells other slaves what to do because they believe what the masters have told them. That the other slaves deserve what happens to them and that they, the “House Slaves,” are just DOING THEIR JOBS.

This is why I refer to those who continue to serve me as “MASTER” and ask that they refer to me as “SLAVE.” Clearly, I DO NOT OWN MYSELF right now and must do what my masters tell me. This is NOT FREEDOM!

I guess the only question left is which one are you? A slave, house slave, or MASTER (Spoiler, you’re not the master)? Maybe a time will come when we realize we don’t need masters or rulers and that we are free individuals who want to live our lives without initiating force on others! Some would call that Anarchy but it’s the highest form of freedom!!

Note: Ademo is currently out on bond awaiting trial. More details to come.