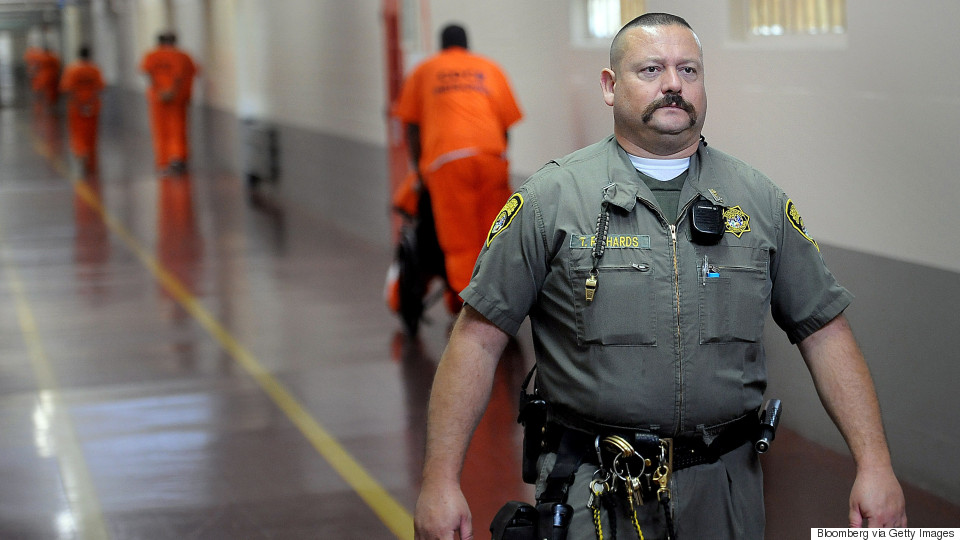 By the time you read this, I’ll have been locked in a cage (for 19 hours a day) for over a month. In that time, I’ve seen others arrested and brought into this jail for crimes with real victims, like assault and robbery. Many of them either have a lower bond or have already been released to face their day in court at a later time. On top of that, my month (so far) in jail is also more time than some (if not most) police officers spend after they’ve killed someone, like Ray Tensing. He’s the University of Cincy cop who shot an unarmed man in the head after stopping him for the dangerous and violent “crime” of driving without a front license plate.

While marijuana has never been responsible for anyone’s death, while having clear benefits to those who choose to use it, those who are caught with it are treated worse than actual criminals.

The idea for this post came to me after I had a conversation with one of my “MASTERS” (what I call the CO’s here, since they clearly don’t believe I, or anyone else, owns themselves). Master Smith’s only justification for me being here that it’s against the law. Though she knows marijuana hasn’t directly killed anyone – yep, no-one has died by smoking or putting marijuana into their bodies – she stated to me that it’s a gateway drug (something that was debunked decades ago) that the Ohio Revised Code does not allow. Therefore, she’ll do her job to keep me here even though my bed/state resources could be allocated to far better use.

This jail is completely full and I’m amazed that those who work here – and at all the other jails across the country – simply process people in, move them around and release them as if we are cattle and not human beings. How do the Masters here allow a man accused of stealing cars to be “OR’ed” (released on their Own Recognizance – i.e. without bond), but leave the guys caught with plants in a cage? How can a person come to work at such a place and disconnect themselves from all ability to think logically?

Master Smith has clearly never educated herself on the issue of marijuana. In our conversation she stated some of the most basic fallacies that only a person with no freedom of thought would, or even could, believe. Has she simply decided her paycheck is more valuable than speaking out? Does she really believe people who have no violent history, have committed no violent crimes, and whose crime bares no victim(s) through their actions deserve to be in a jail cell?

Most of our conversation felt like I was just banging my head against the wall. I did my best to encourage her to educate herself. I asked if she’s ever smoked marijuana and she said, “no.” I said, “You really don’t know what you are talking about then.” And  added that she should seek information on her own because the statements that “I’m just doing my job” or “the law is the law” are absolutely ridiculous for someone who makes a living off of jailing people.

The “system” is supposed to have checks and balances. Not just those created by the different branches of government, but also by those working the jobs directly.

Master Smith is unaware that there are LEO’s and Corrections officers who actually do try to better themselves and their work environments by using their brains and doing actual research. Law Enforcement Against Prohibition (LEAP) – see video embedded below – would be a good start for her and her co-workers. Or even visiting the “Welcome LEO’s” page here at CopBlock.org. Of course, she shouldn’t let me or anyone else dictate her desire for truth and knowledge, but rather should do so on her own.

There is nothing worse than taking someone’s freedom. I believe that caging someone is worse than killing them. Therefore, if you’re going to make a career out of caging people, you should do ALL you can to make sure you cage people consistently and rightfully. If Master Smith comes to the conclusion that someone – or an entire group of people – shouldn’t rightfully be here, then she should be the first to speak up! To her superiors, the judge, and anyone who will listen. If they do not listen or take action, she only has two choices; let those people go or quit her job. It’s really not that complicated.

Yet, I think these MASTERS are far too brainwashed to look objectively at these matters, as they rely on the easy money it generates to put it at risk by having a clear mind. Hopefully, time will change that…I know I’ll keep trying, in fact below are some videos to get them (I know they’re reading this) started:

Note: Ademo made bond on March 24th and is out awaiting trial.