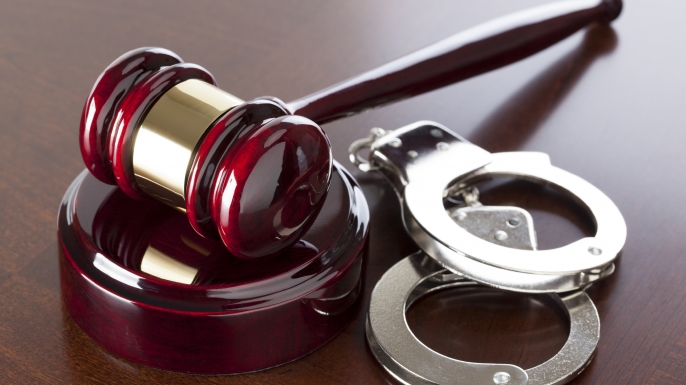 The following was submitted by Brian Debelle and is a quick refresher on your rights after being placed under arrest. He details things like remaining silent and not accidentally incriminating yourself and your right to have an attorney present before being questioned in an official capacity. Unfortunately, the American legal system is more prone to prey on the innocent than it is to provide justice to the wronged.

Most Americans are aware of their Miranda Rights. After the Miranda v. Arizona case in 1966, the U.S. Supreme Court decided police must inform American citizens of their constitutional rights during arrest. These rights specifically include the right against self-incrimination (protected by the Fifth Amendment of the Constitution) and the right to an attorney. This decision means that the police must read anyone they arrest Miranda Rights, explaining to the arrestee he or she has a right to an attorney and to not say anything that would be incriminating.

Below we’ve provided explanations of your Miranda Rights and other civil rights concerning arrests and detainment.

You Have the Right to Remain Silent

The Fifth Amendment grants American citizens the right to withhold any statements that would constitute self-incrimination. The police cannot coerce a statement from you – they are responsible for building a case for your alleged crime. If police disregarded your right to remain silent through threats or other forms of intimidation, they violated your civil rights. Additionally, police must inform you that anything you do choose to say during arrest may be held against you in court. If you are arrested, remaining silent is a wise choice, even if you are completely innocent of the charges. Saying the wrong thing, taken out of context, could potentially prolong your legal battle.

You Have the Right to an Attorney

After your arrest, police will detain you. During this time, they may attempt to ask you questions about your charges. This is another violation of your constitutional rights. You do not have to answer any questions until your attorney is present. Attorneys can be expensive and not everyone can afford one. If you cannot afford an attorney, the courts will appoint a public defender to your case.

In some cases, you may think an attorney is not necessary. For example, you were arrested due to your resemblance to a person of interest in a high-profile case, and you want to simply prove you are not who the police believe you to be. During your conversation, you may start to feel as though you could get yourself in trouble. Even if you refuse counsel initially, if at any point during questioning you decide to invoke your right to counsel, questioning must cease entirely until your attorney is present. According to criminal attorney David Breston of Houston, “As long as you are in custody, things that you say or do in front of law enforcement officers or prosecutors may be taken out of context and used to build a case against you… Do not attempt to enter a plea or represent yourself.

You Have the Right to a Speedy Trial

The government is not permitted to unreasonably delay your case proceedings. In some situations, moving a case along can be time consuming, but purposefully delaying your case is a violation of your civil rights. Additionally, due process in the United States hinges on the concept of “innocent until proven guilty.” This means police and officials may not treat you as though you are definitely guilty prior to conviction. It is not your responsibility to prove your innocence; it is the government’s responsibility to prove your guilt.

The Eighth Amendment of the Constitution protects citizens against “cruel and unusual punishment.” Even after incarceration, you have the right to humane treatment. Police brutality has been a big part of public discussion in recent years, and police officers must abide by the Eighth Amendment’s edict against cruel and unusual punishment. “Cruel and unusual” refers to any infringement of a person’s basic human dignity. This could include the police keeping a suspect in an unsanitary jail cell, only providing dirty food and water or, in more extreme examples, they beat and torture suspects.

Civil rights violations are extremely serious legal matters, and if you believe the police violated your rights, it is imperative that you connect with an attorney as soon as possible, especially if the violation occurred during an arrest or legal proceedings for your case.