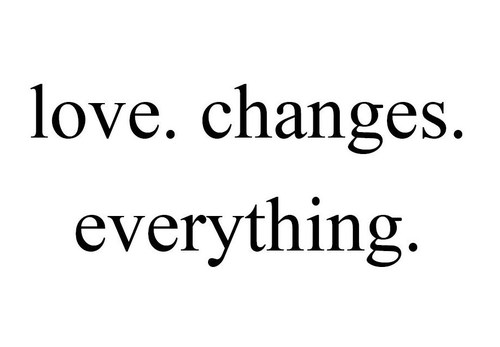 While you may think this post will be about my pending case out of Warren County (Ohio), it is not. I am most certainly not in the wrong in those matters, which will be sorted out later. This post is about my efforts here at CopBlock.org over the last few years, particularly from 2014 to mid-year of 2016. During that time, I helped launch the “Fuck the Police” logo with Cop Block branding and frequently used the hashtag “Fuck Your Badge.” (#FuckYourBadge)

Before I explain how such messages may have been more harmful, or way less effective than good, allow me to provide a little background on myself. My very first police interaction was at the age of 14 years old while walking the streets of the small Wisconsin town that I grew up in – Mayville. This interaction was a simple case of small town cops who were a little to power hungry or thought us kids were really up to no good. All we were actually doing was walking the “Strip” while the other kids drove “laps.” Over the next twenty years, I was arrested more times than I can remember, but aside from two – pre-eighteen years old – fights (which I think is all too common) I’ve never since been arrested for a crime with a victim, for using violence, or for damaging property.

I believe that from the late 90’s until 2013 all of my interactions with the police left me not only with a bad taste in my mouth, but also with some deeply rooted anger towards police officers. Especially those that led to felony convictions which stripped me of my firearms and passion for hunting. And, while in CopBlock’s infancy my anger was probably shielded by the sound messages of “Film the Police” and “Badges Don’t Grant Extra Rights,” it eventually came through loud and clear in 2014. Though some understood, many did not, and instead of finding mutual ground to work on many were pushed away from the CB brand. I justified my actions by challenging others to simply “do them”. Or by saying that I thought such messages, of FTP or Fuck Your Badge, could be effective if people looked deeper into the issue. Basically, going for shock value to get people thinking, but how could I expect them to think more or deeper with such a turn off at the start.

In the words of Mahatma Gandhi:

“Madness answered with madness simply deepens it, it never dispels it.” – The Essential Gandhi, Pg. 221

And Gandhi, via that book, “The Essential Gandhi,” which is in the jail library here, for some amazing reason, is who brought me full circle to this viewpoint. (Along with an amazing person in my life, who showed me to look inward and then outward – you know who you are.) I see now that love and non-cooperation are the keys to ending oppressive State actions and that, “If we are to make progress, we must not repeat history, but make new history.” (The Essential Gandhi, Pg. 206)

They say violence begets violence, so obviously hate also begets hate. When I first came to the realization that my most recent run-in with the law was going to leave me in a cage for an unknown amount of time, I reverted back to some of this hate. I called the corrections officers “MASTERS” and referred to the inmates as “SLAVES,” because if we don’t even own our bodies, then that’s what we are. And while that analogy may ring true, it does me no good in terms of showing those corrections officers the truth of my wrongful caging or the errors of their professions. Two particular quotes from Gandhi highlighted this clearly for me, so much so that I made the first one of them into a TWO PAGE poster that now hangs in my cell – though I removed the word “God” and put “I” in its place.

These quotes were taken after Gandhi was attacked by a British crowd and government agents in South Africa in the late 1800’s:

“I hope GOD will give me the courage and the sense to forgive them and to refrain from bringing them to law. I have no anger against them. I am only sorry for their ignorance and their narrowness. I know that they sincerely believe that what they are doing TODAY is right and proper. I have no reason therefore to be angry with them.” (Pg. 49)

When pushed further by a British officer, of high rank, if he could identify anyone who harmed him Gandhi said:

“I do not wish to prosecute anyone. It is possible that I may be able tp identify one or two of them, but what is the use of getting them punished? Besides, I do not hold the assailants to blame. They were given to understand that I made exaggerated statements in India about the whites in Natal and calumniated them. If they believed these reports, it is no wonder they were enraged. The leaders and, if you will permit me to say so, you [the high ranking British officer] are to blame. You could have guided the people properly…I do not want to bring anyone to book. I am sure that when the truth is known, THEY WILL BE SORRY FOR THEIR CONDUCT.” (Pg. 52)

The quotes above I relate to the jailers, who believe that caging me is right and proper. Therefore, my mission here is to show them love and truth. I was not doing that by calling them “MASTERS.” So I now call them by their proper last names. Since dropping that label, I have had more success in conversing with a few of them. With love and truth in my words, instead of anger and hatred, I hope they will see the errors in their conduct and eventually correct it. Maybe even join my in my quest to share truth and knowledge.

So to bring this full circle; was I wrong to introduce “Fuck the Police” or “Fuck Your Badge” to the CopBlock brand?

I wouldn’t say I was “wrong,” but I most certainly see a better way now. I won’t stop, or judge, anyone who still uses those terms at this site, either. I will only try to show them the same love and truth that my work must be from here on out. I’d also like to apologize to anyone that I’ve put off or butted heads with over the matter. Sometimes, hate or rage can be blinding.

“…rejection is as much of an ideal as an acceptance of a thing. It is necessary to reject untruth as it is to accept truth.” (Gandhi,Pg. 206)

While I’m uncertain of what work I’ll be doing on a mass scale at CopBlock in the future, I do know that what I do partake in will be based in LOVE, TRUTH and NON-COOPERATION only. First however, I must perfect, as closely as I can, these things in my own life. I hope you’ll consider that approach, as well. I highly suggest “The Essential Gandhi” to anyone interested in a highly informative read. – #ShowThePoliceTruth

“A Government that is evil has no room for good men and women…except in its prisons.” (Pg. 176)

Note: Ademo was bonded out on March 24th, 2017 and is awaiting trial. Details here.