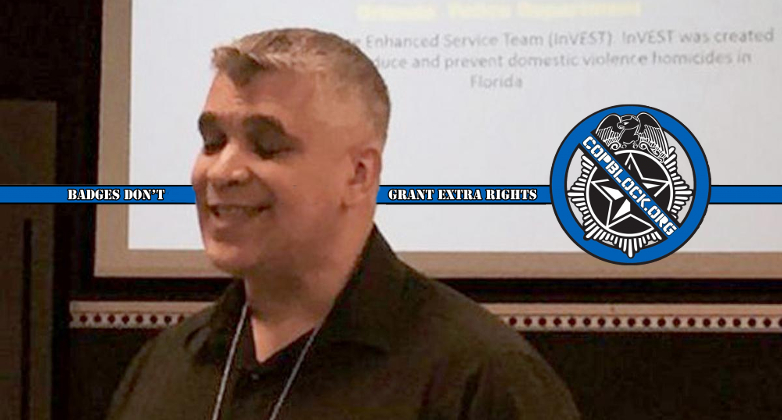 Yesterday it was announced by prosecutors that they would not be pursuing charges against Orlando Police Detective Angel Burgos for an incident in which a woman accused him of forcing her to perform oral sex on him. This incident happened inside Burgos’ unmarked police car while he was on duty. Chief Assistant State Attorney Deborah Barra has stated that there is enough proof showing the sexual act the woman described happened, however, she maintained that there is not “concrete proof” that the woman was forced into performing the sex act.

In an interview with BuzzFeed News, the alleged victim said Burgos arrived at her home on Dec. 15 around 9 a.m. and asked her to join him in his car. The woman had apparently gotten to know Burgos from a previous case she had been involved in.

“He was an officer, I didn’t think much of it, I trusted him,” the woman, speaking on condition of anonymity, told BuzzFeed.

The woman said she held a casual conversation with Burgos until he suddenly unzipped his pants, exposed his penis and began kissing her.

Burgos kept asking her to touch his penis and “j–k him off,” but she refused.

When she finally tried to get out of the car, the woman said Burgos grabbed her by the neck and pressed her head against his crotch. When she again tried to get away, Burgos allegedly told her to “live in the moment.”

The same sequence repeated itself a couple of times until the woman gave in and performed oral sex on Burgos for about 30 seconds, she claimed. Burgos subsequently masturbated and ejaculated onto a towel he kept in the center console, and the woman left the car.

She alerted the Orlando Police Department’s internal affairs unit about a week later, and an investigation was subsequently launched.

“I was still very upset,” the woman said. “This was all still very fresh — it was just a week later. I was scared, hurt and confused.”

Obviously, the majority of rapes and other types of sexual assaults not committed by strangers (which actually constitutes the majority of sexual assaults) lack “concrete evidence” beyond proof of a sex act having taken place. Therefore, it’s not at all uncommon for rape cases to come down to the victim’s word against the accused rapist’s and in fact is more likely to be the majority in such cases. So that brings into question why this case wouldn’t warrant the same standards that someone without a Magic Uniform being accused of the same acts would receive. Of course, that’s a question we all know the answer to.

Beyond that, logic would tend to dictate that due to the fact police officers are in positions of authority and armed with the ability to coerce and oftentimes even physically take advantage of someone who is restrained there would be pretty solid restrictions on even consensual sexual contact with anyone while on duty to avoid even the appearance of something like that . Not to mention that most employers tend to frown on that type of activity while on the clock, regardless of the employee’s job. Not so much with the Orlando Police Department, though. They’re still “investigating” whether he even violated policy with the sex act that the prosecutors have stated there is “sufficient evidence” of having happened.