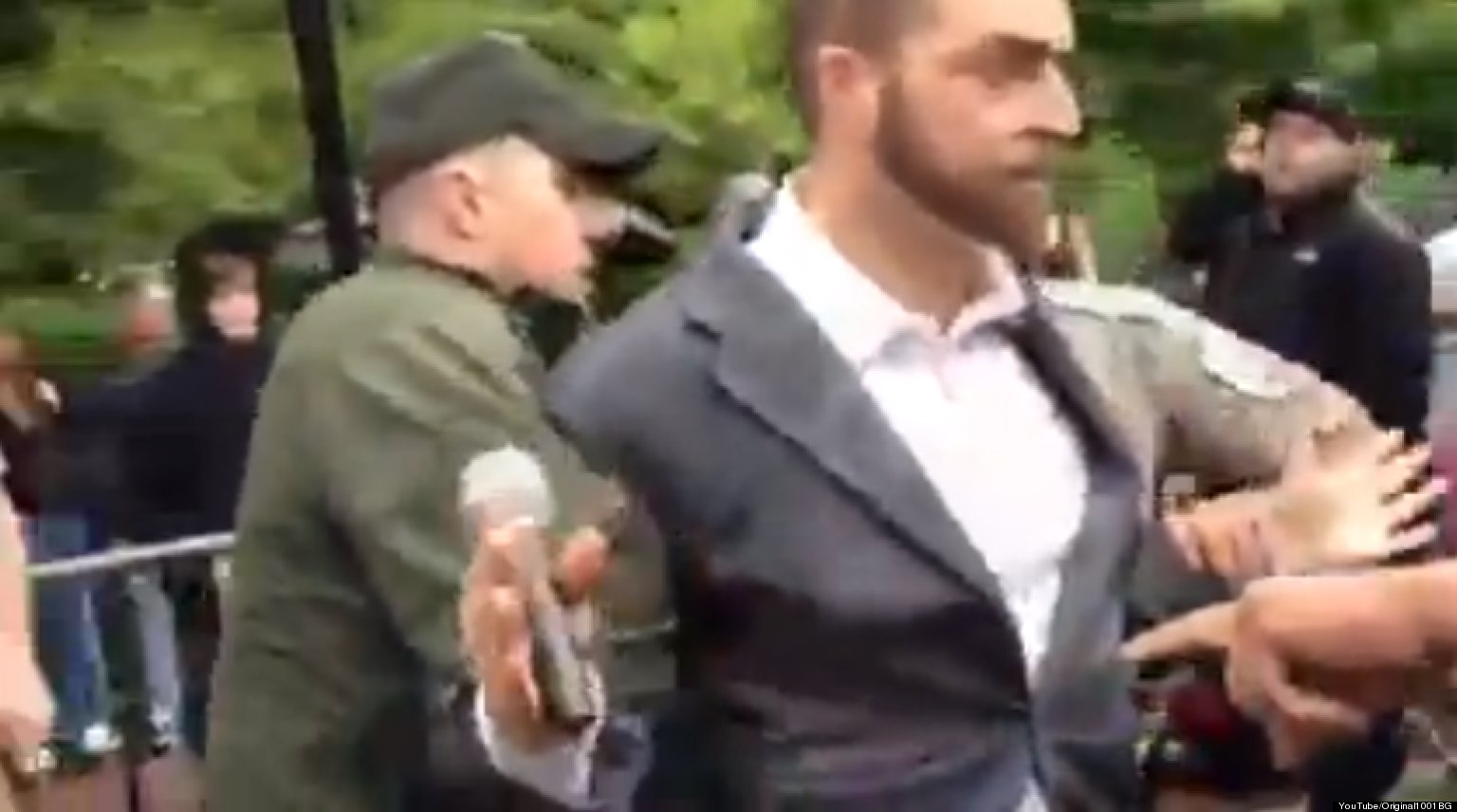 Adam Kokesh was arrested before he could even start his Anit-War protest according to Heather Mullins. The pair headed from Philadelphia, where they attended the Free Your Mind Conference this past weekend, to DC to protest the bombing of Syria and other endless acts of war by the US(s)A. Below is the livestream where Adam was arrested.

It’s believed that he is currently being held in the Washington DC jail until Maryland comes to pick him up on the alleged warrant, which arresting officers could not and did not confirm before taking him away, but no one has confirmed his whereabouts yet. In the video Adam claims that the issue with TSA had been resolved – and if the warrant is from the TSA why didn’t they scoop him up Friday when he boarded a plane in Arizona this past weekend – but that didn’t stop the police from “protecting the community” and whisking him  off to a cage. If the police were really protecting us maybe the would stop the man in that White House from bombing more people with million dollar bombs? So, one has to wonder if it’s more about the message he spreads and was about to spread or the fact that some fake agency – the TSA, who has never prevented or caught a terrorist on a plane (EVER) – isn’t able to update its data properly.

Mullins stated that Adam is due in front of a judge tomorrow at 1 pm. I will update this post with relevant information as it comes in including numbers to call once we can confirm where he’s located.

Kokesh will be in front of a DC judge tomorrow and Maryland will have three days to come pick him up. He’s currently being held at DC Central Booking located at 1901 D Street SE. Call them at (202) 698-4932.

The bench warrant issued for Kokesh stems from a failing to appear on February 10th of this year. Yet, Kokesh was under the impression that only a written warning was issued for this TSA incident and no charges were to be pursued. The State of Maryland, via the TSA, is claiming that he was “interfering with security procedures” but it’s still unclear what degree (misdemeanor or felony) of charge this case bares.

If this is a misdemeanor I highly doubt that Maryland will come pick Kokesh up. Yet, the state (as in the government) might let him sit in a jail cell for three days (the legal limit a state has to pick up an offender) before simply cutting him loose. In my experience most states do not mess with these types of warrants, like in my most recent caging (where I had a warrant in Indiana but was minor so the jail let me loose when I posted bond), so this arrest had to be more about silencing his protest – freedom of speech – than the actual charge they have on him. Remember, Kokesh boarded a plane just days before this and at that time showed ID to do so. He could have been picked up then but wasn’t until he was standing outside the White House. Seems fishy doesn’t it? UPDATE #4:
Adam waived his hearing for extradition and a $10,000 bond was placed on him. He’s going to be held in the DC Central booking facility until Maryland comes to pick him up. They have three days to do so or he will be released. His team on the ground is working to get the letter above to the prosecutor in  Maryland with the hopes that they will then let him go.

Stay tuned for more updates! Other media outlets are starting to catch onto this story and we’ll update this post with their work/insights as well.

VIDEO OF ADAM’S INTENTIONS AT THE PROTEST: