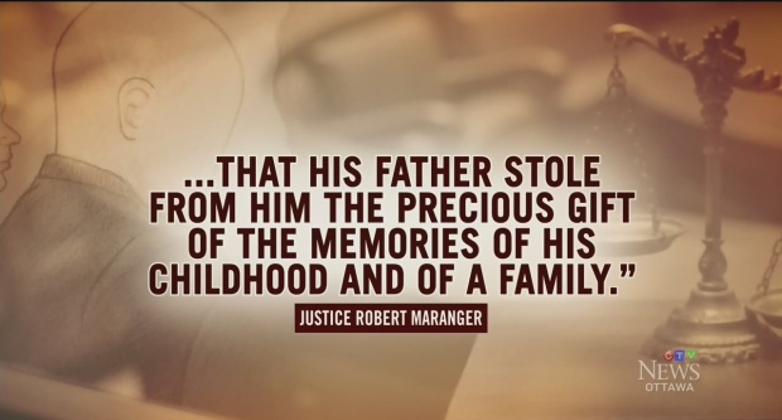 In December of last year, I posted about a Royal Canadian Mounted Police Officer who had been convicted of numerous abuse-related offenses after his son escaped from a makeshift dungeon he had created in the basement of his house. On Wednesday, that officer was sentenced to 15 years in prison for the torture he had infilcted against his son. Critics, including a group known as “Bikers Against Child Abuse,” complained that the sentence, which likely will amount to eight years at the most, was insufficient in light of the severity and nature of the crimes involved.

At the time of his arrest in 2013, that son was described as looking like “someone from a concentration camp movie.” Despite being eleven years old at the time, he weighed just 50 pounds and had scars on his body, including those consistent with someone who had been shackled at the wrists and ankles for an extended period of time. In addition to being starved, chained up, and physically abused, the child was also sexually tortured by having his genitals burned with a lighter. Ironically, the officer worked for the RCMP’s counter-terrorism unit.

After escaping from the basement where he had been confined, the officer’s son was spotted in nearby houses attempting to get water from the faucets within the yards. When one neighbor attempted to take him home, he collapsed from the effects of malnourishment. Ottawa Police Det. Johanne Marelic and other investigators described his condition when they first saw him as “unfathomable” and “difficult to comprehend.”

During court, the officer apologized for “being a monster” to his son and attributed his actions to PTSD resulting from having been abused himself. Although Justice Robert Maranger described the charges as “horrific” and the “worst kind of abuse” while stating that he didn’t believed the officer had shown any true remorse, he nonetheless indicated that he avoided giving him a much harsher sentence (prosecutors were seeking 23 years) due to the testimony from expert witnesses about his mental state and the contention that the abuse was caused by PTSD.

The officer was convicted of two counts of aggravated assault, one each of sexual assault causing bodily harm, unlawful confinement, assault and failing to provide the necessaries of life, plus several firearms offenses. In addition, the officer’s wife (and the prototypical evil stepmother of the child) was also convicted of assault with a weapon and failing to provide the necessaries of life, but received a sentence of just three years. The names of the officer and his wife have not been released publicly per a court order to avoid identifying the child who was victimized by them.