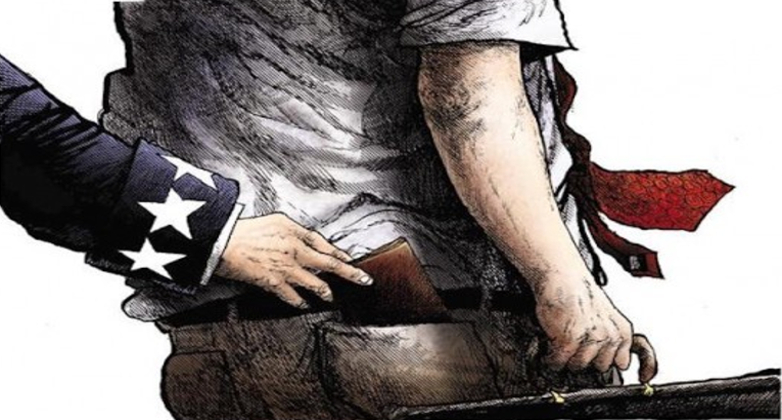 Earlier this month, a report from the Treasury Department’s Inspector General detailed how the Internal Revenue Service used a restriction on deposits to bilk otherwise law abiding individuals and businesses of millions of dollars using asset forfeiture laws. Those restrictions require that any deposits made to a bank above $10,000 be reported to the IRS. The stated intention of that restriction is to draw attention to profits generated by illegal acts, such as terrorism and the violation of drug prohibitions.

In order to escape that scrutiny, many of those involved in such activities employ what is called “structuring,” which consists of splitting large deposits into multiple smaller deposits that are below that $10,000 threshold. However, many others involved in completely legal activities also do the same thing for various innocent reasons. Those reasons include a lack of awareness of those restrictions, insurance policies that limit coverage of deposits to less than that amount, and simply an effort to avoid extra paperwork (often on the advice of bank employees).

While structuring is illegal under the federal Bank Secrecy Act, according to the Inspector General it is really just a technicality that is intended to allow the initiation of an investigation into whether the deposits in question were derived from illegal activities. Instead, the IRS often used the practice of structuring alone as a justification to seize those deposits, via civil asset forfeiture. They also intentionally targeted small businesses and individuals engaged in legal activities due to the fact that they were less likely to be able to fight the forfeitures and in order to avoid “time consuming” investigations of actual criminals.

They “were not put in place just so that the Government could enforce the reporting requirements,” as the IG’s report puts it.

But according to the report, that’s exactly what happened at the IRS in recent years. The IRS pursued hundreds of cases from 2012 to 2015 on suspicion of structuring, but with no indications of connections to any criminal activity. Simply depositing cash in sums of less than $10,000 was all that it took to arouse agents’ suspicions, leading to the eventual seizure and forfeiture of millions of dollars in cash from people not otherwise suspected of criminal activity.

The IG took a random sample of 278 IRS forfeiture actions in cases where structuring was the primary basis for seizure. The report found that in 91 percent of those cases, the individuals and business had obtained their money legally.

“Most people impacted by the program did not appear to be criminal enterprises engaged in other alleged illegal activity,” according to a news release from the IG. “Rather, they were legal businesses such as jewelry stores, restaurant owners, gas station owners, scrap metal dealers, and others.”

More troubling, the report found that the pattern of seizures — targeting businesses that had obtained their money legally — was deliberate.

“One of the reasons why legal source cases were pursued was that the Department of Justice had encouraged task forces to engage in ‘quick hits,’ where property was more quickly seized and more quickly resolved through negotiation, rather than pursuing cases with other criminal activity (such as drug trafficking and money laundering), which are more time-consuming,” according to the news release.

In most cases, the report found, agents followed a protocol of “seize first, ask questions later.” Agents only questioned individuals and business owners after they had already seized their money.

In many cases, the property owners provided plausible explanations for their pattern of deposits. But these explanations appeared to have been disregarded or ignored.

“In most instances, we found no evidence that attempted to verify the property owners’ explanations,” according to the report.

It probably shouldn’t be that surprising that the Feds’ official revenue generators at the IRS jumped on an opportunity to go the extra mile and generate even more cash to fund our disfunctional, violent uncle’s war machine. Nor should it be particulary shocking that they avoided the tedious work of investigating actual criminals in favor of preying on innocent people that lack the ability to fight back.

Incidentally, it’s unknown exactly how much money the IRS stole from innocent businessmen, because they don’t voluntarily disclose those figures and refused to honor Freedom Of Information Act (FOIA) requests for that information even after those requesting it said pretty please.