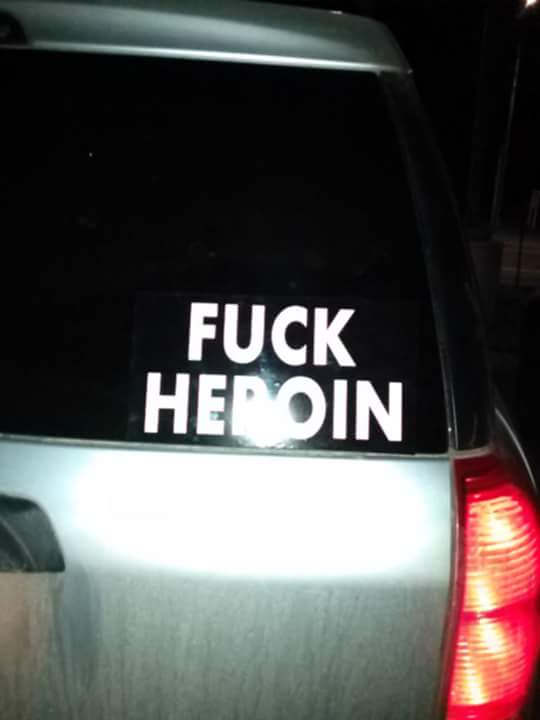 As time marches, responses to America’s opioid crisis are evolving with promising esteem. It’s an epidemic terraforming the bounds of American policing, and the failed drug war.

People: We’re living in a day where even the cops are admitting addiction is a doctor’s job, not theirs. Without a proper direction though, many departments cling to the same old habits.

Others aren’t so rigid, and are quickly shifting practices. Why? Well, they have no choice other than adapt or watch communities wither and die. In Massachusetts, Gloucester PD took the bold leap of piloting a new program aimed at curbing addict arrests. Rather, the initiative–called the Angel Program–funnels consenting users to rehab instead of prison. Since then, department after department nationwide have followed suit.

Before entering treatment, users must first come to a police station and volunteer. Departments, like Gloucester, stated surrendering drugs or paraphernalia was optional, but not required. Upon consenting, users are paired with an “Angel” volunteer who walks them through rehabilitation. Right from the station, and without incarceration, they’re transported to treatment.

Critics understandably harped on the program’s dependence on diminished trust between police and the community. Opioid users–and particularly with heroin–also face stigma and rejection for their addictions. Not only that, but Angel Program initiatives are only offered to users who volunteer for treatment. Anyone picked up on the street, stopped, searched, etc, will undergo business as usual. By no means does the program halt local drug wars from waging as they have for decades.

That skepticism has since been trampled by success after success across America. Since Gloucester PD first piloted the program, it’s mushroomed to Kansas, Michigan, and elsewhere. Though a growing trend, it’s also limited by the fact that departments must agree to implement it individually. As a video posted on the Lake County Sheriff’s Facebook page shows, nothing has changed in much of America.

Those participating routinely report promising results from wherever the program is implemented. In Kentucky, the Jeffersontown Police Department have aided 42 users, WHAS 11 ABC News reports. One recovering user, Kacy Spalding, was one of Jeffersonton PD’s first conscripts. At the time of that article, Spalding encouragingly marked 206 days sober. Other departments in the state have also turned to the Angel Program to deal with local epidemics.

As recently as the end of March, Michigan State Police joined a growing contingent of over 200 Angel Program departments. Unfortunately, at least in Michigan, candidates are subject to certain requirements. According to Daily Press, candidates can’t have active warrants, pending court actions, or be registered sex offenders. In Michigan, public safety departments are also getting involved in pushing for the program.

Even as this article is being written, departments are falling in line to try the program in their communities. Utica Police Department, of New York State, literally just announced their jumping into the craze. In Utica, WIBX 950 AM reports, Police Chief Mark Williams’ officers struggle with an average of three overdoses per month. The community’s death toll has forced the department’s hand, as it has in so many other cities.

It’s a trend still outpaced by the opioid epidemic, and the trail of bodies left in it’s wake. Solutions are complicated, and it doesn’t appear any single one will work. In Colorado, post-legalization and taxation of cannabis, opioid-related overdoses dropped by 25%. Over in Seattle, officials are considering making the first American “safe space” facility for heroin users.

All of these suggest a realization that addiction isn’t a police problem, but a medical problem. With each year, science better understands the bounds of addiction and how it works. What’s not developing is the public’s understanding of these drugs. Although the Angel Program is a needed step, it alone won’t end the suffering. The fact that it’s wings are spreading state by state, saving lives, and forcing police departments to change, is a grand start.