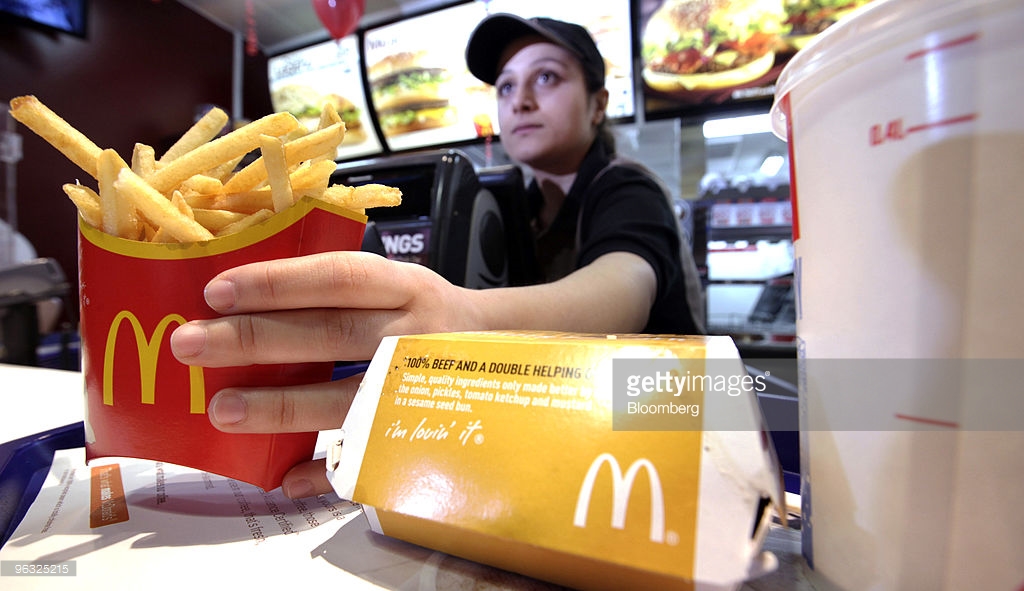 The tragic murder by Steve Stephens that he streamed on Facebook’s Live feature resulted in a multi state manhunt. Even though up to 5 states were involved in this manhunt it was regular people who ended up bringing a conclusion to this mess. Yet, that didn’t stop the Pennsylvania State Police from Tweeting out that their officers had spotted the killer.

The reality is that the police, even with all their gadgets and spying capabilities, were unable to locate and capture this man for nearly 48 hours. According to TMZ:

Facebook killer Steve Stephens was undone by McDonald’s employees who ID’d him and made him wait a little extra time for his order so the cops could come and catch him.

Stephens went through the drive-thru at the McDonald’s on Buffalo Road in Erie, PA when one of the workers recognized him. He ordered a 20-piece McNugget and a large fry … but workers made it seem the fries weren’t ready so they could buy time.

According to the restaurant’s manager … Stephens got his nuggets, but then said he had to go and he drove off without the fries. It was enough time for cops to get on his tail.

Stephens was involved in a high-speed police chase shortly afterward, before committing suicide in his car.

The PA State Police could have given praise to the local McDonalds for providing them not only with a solid lead but also the brave stalling tactic they used to keep him at the restaurant but they didn’t. Instead they tweet out that it was them who spotted the killer. And though it might have been hard to keep Stephens from killing himself, if the police didn’t use such aggressive tactics – as they always do – maybe they could have brought this killer in without him taking his life.

While many may think I’m being petty here by calling out the PA State Police for the bold face lie via twitter, the matter is more serious. The implication is that the police ended this which furthers the fallacy that the government police are needed in society. The same thing happened with the Boston Bombing a few years ago. The police conducted door to door searches, pointed guns at people and put a whole city under martial law but it was a vigilant neighbor who found the bomber, not the police.

While it’s a big relief to have Stephens off the streets please don’t mistake the police lie as a sign of necessity. What is a necessity is a community willing to work together and help bring a clear criminal to justice.