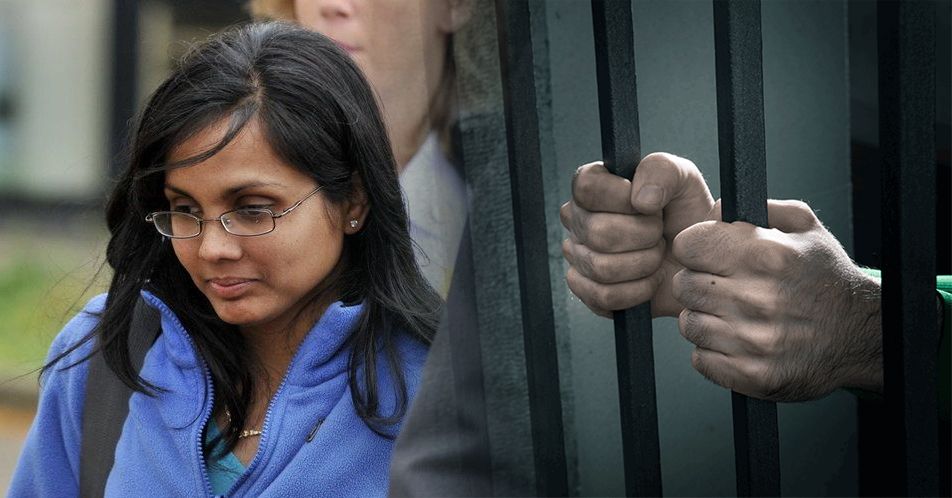 At least 21,587 drug cases will be dismissed because of the broad and blatant criminal misconduct of a Department of Public Health lab chemist.

According to the American Civil Liberties Union of Massachusetts, Annie Dookhan worked for the state in the Hinton lab from 2003 to 2012 testing drug samples submitted by cops, when she was accused of contaminating and falsifying results.

Dookhan admitted to intentionally contaminating samples in order to turn them positive, and also confessed to “dry labbing,” a process by which she provided fictional positive results for some samples instead of actually testing them.

She pleaded guilty in November, 2013 to 27 criminal counts. These included perjury, evidence tampering and obstruction of justice. She was released last year after being sentenced to three to five years in state prison.

In total, her misconduct called into question the integrity of around 40,000 drug cases during her time at the Department of Public Health, creating what has been termed in Massachusetts, “Dookhan Defendants.”

The state spent 10’s of millions of dollars reviewing the drug cases. The Supreme Judicial Court ruled in January that the process was too time consuming and ordered district attorneys to produce a list of drug cases they planned to dismiss and which ones they planned to re-prosecute.

Prosecutors were given until Tuesday to produce their lists. According to the American Civil Liberties Union of Massachusetts, about 24,000 cases were affected by Dookhan. They said state prosecutors in seven counties moved to vacate 21,587 of them this week.

Here is a county by county breakdown:

The dismissals result from years of work by the American Civil Liberties Union of Massachusetts. Legal Director Matthew Segal called what is occurring “the single largest dismissal of cases in U.S. history.”

“Because this misconduct was allowed to go on for so many years… people have already served their sentences and have been living with the collateral consequences of those sentences,” Segal said. “We hope… as a result of these dismissals… people… move on with their lives, to rebuild… from these convictions.”