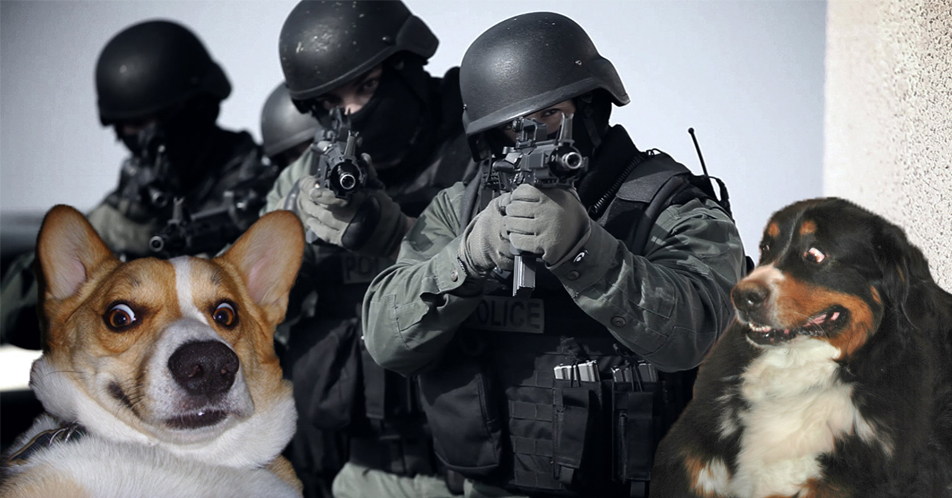 In recent years, the killing of dogs by police has become a contentious issue resulting in the creation of the term “puppycide.”

Advocates of ending “puppycide” point to the blaring double standard that exists between police and the rest of the domestic population.

While police dogs are more or less considered human beings in terms of the rights they possess when harmed by suspects, ordinary pets of private citizens killed or harmed by cops enjoy no such protections.

The U.S. Justice Department estimates that police officers kill 10,000 dogs each year but some analysts have claimed that a dog is shot by a cop in the U.S. every 98 minutes.

Now a law working its way through state committees in California would mandate that officers undergo extensive training in how to better handle encounters with dogs.

Just how much the additional police training would cost California taxpayers is not yet known, but supporters of the bill tout similar successful measures in Colorado and Texas.

“AB 1199 Police-Canine Encounters Protection Act will require mandatory in-service canine encounter training to California peace officers on how to both quickly and safely respond to unexpected situations when encountering a dog,” said Judie Mancuso, president of Social Compassion In Legislation.

The group is a California non-profit organization that backs the bill. According to it’s website, it is dedicating to ensuring that “animals have a strong voice in the halls of the Capitol.”

“This invaluable training will give [police] the tools to protect themselves as well as the life of a treasured canine family member,” Mancuso added.