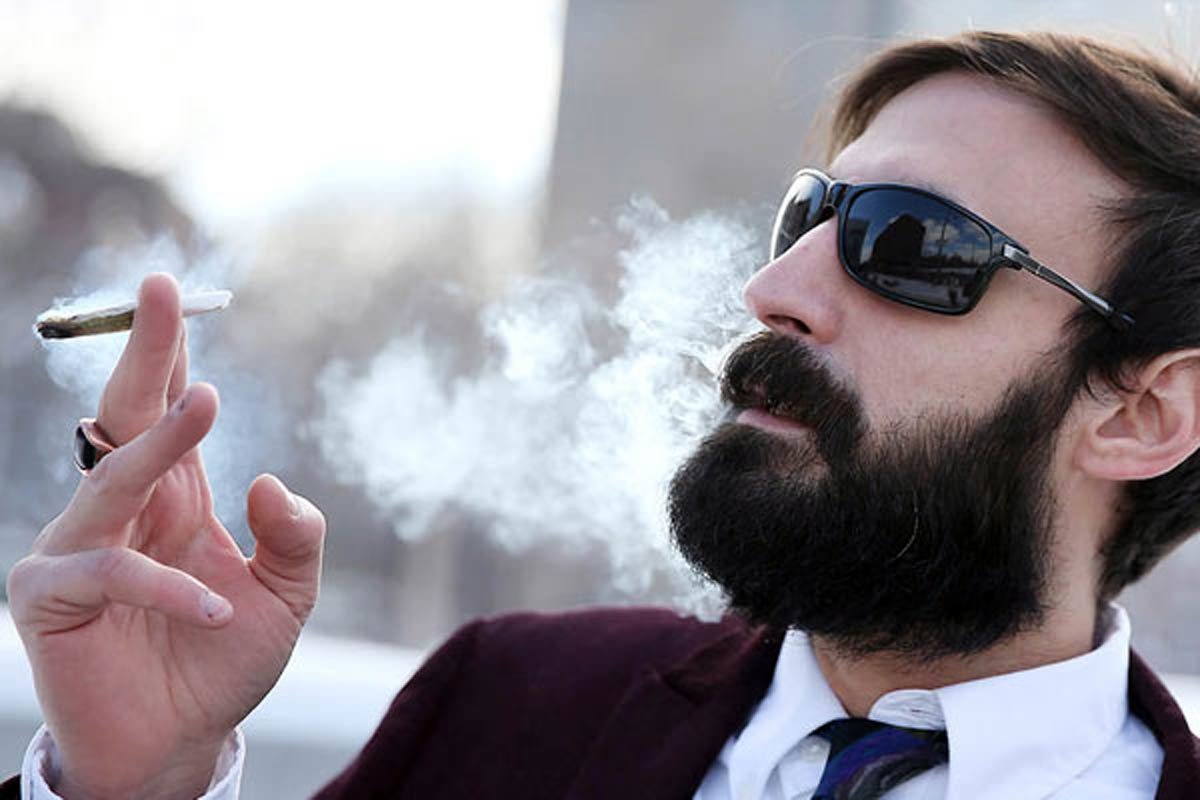 The war on marijuana rages on! While marijuana has never killed anyone and has proven medical benefits the police state of the USSA continues to point guns and lock people in cages for using said substance. This was the case outside of Philadelphia last Saturday. According to Philly.com:

Marijuana activists gathered outside Philadelphia Police Headquarters on Sunday with “Honk for free weed” signs to protest the arrest of 22 people  taken into custody when cops raided a pot party in Frankford on Saturday night.

“As human rights and civil liberties go, this bust was kind of ridiculous,” said Hugh McHugh, 62, an Overbrook resident who attended the protest, but not the marijuana party.

Philadelphia police busted the “smokeasy” marijuana party in a warehouse Saturday night and concurrently raided the South Philadelphia house of the marijuana activist who organized the meet-up, according to authorities and friends of the party host who attended the event.

In a statement, police said 19 men and three women were taken into custody following an investigation of “large-scale marijuana sales.” About 175 people were released without charges, police said.

Confiscated in the 7:45 p.m. Saturday raid were about 50 pounds of marijuana, $50,000 in cash, four handguns, and about 100 pounds of THC-infused edibles, according to police. Partygoers said those edibles included THC-laced gummy bears.

The event, which took place in a warehouse on the 4500 block of Worth Street, was publicized on Instagram by Philly Smoke Session, which was charging $50 per person to attend. Comedian and pot activist N.A. Poe, whose real name is Rich Tamaccio,  37, was identified as the organizer.

Tamaccio and his girlfriend, Rachael Friedman, were each charged with seven separate offenses, including conspiracy, drug and threatening public safety charges. Bail was set Monday at $250,000 each. Tamaccio’s 66-year-old father, also named Richard, was charged with four separate drug and conspiracy offenses and was released Monday after posting 10 percent of $25,000 bail.

Tamaccio/Poe and Chris Goldstein, a Philly.com columnist who previously served on the board of Philly NORML (National Organization for the Reform of Marijuana Laws), were the marijuana activists who successfully lobbied Mayor Kenney when he was a councilman to decriminalize small amounts of marijuana for personal use.

Goldstein and Mike Whiter, a Marine Corps veteran who uses pot to treat his post-traumatic stress disorder, both said they attended Saturday night’s event. While the venue was new, Philly Smoke Session has been held in other locations across the city for two years without a problem, they said.

“They basically just did a speakeasy raid — a ‘smokeasy’ raid,” Goldstein said. “Here we are, back in the heyday of Prohibition.”

Both men estimated that at least 100 police officers, including many from narcotics and SWAT, participated in the raid.

“They told us, ‘We’re not here for the customers; we’re here for the vendors and organizers,’ ” Whiter said. “This thing was planned and orchestrated well prior to that day.”

Whiter and Goldstein said they believe the raid specifically targeted Poe. They said his South Philly house was searched at the same time the party raid occurred. Police also raided a third location, though the connection of that location to the party or Poe was not clear. Authorities said “additional contraband” was recovered at both properties, but they did not specify what was confiscated.

According to Goldstein and Whiter, many underground medical-marijuana patients attend these events, where vendors have marijuana in all its various forms, including edibles, buds, and oils.

“Not everybody is selling or buying; a lot of people are giving it away or trading or sharing,” Goldstein said. “That’s the nature of the medical-marijuana patient community.”

Both men said they were unaware of anyone with a gun at the party.

Goldstein said he was outside the building, smoking a tobacco cigarette with two hired security guards for the party when six men wearing neck badges came up and put them all against the wall.

He said he was handcuffed behind his back and twice searched by two different officers, both of whom put their hands down the front of his pants.

“He [one of the officers] volunteered that he was doing this because marijuana is still illegal and that’s why they were there,” Goldstein said.

Meanwhile, Whiter was upstairs enjoying the party, which was attended by a couple of hundred people throughout the night, he said.

Whiter was chatting with someone when he saw people rush through the doors.

“Immediately, I knew what was happening,” he said. “The SWAT team came busting in and told everybody to ‘get their f—ing hands on the wall’ until they realized there was not enough wall space, so they had us sit down and put our hands on our head.”

This is worse than alcohol prohibition because marijuana is much safer and people refuse to stand up and demand change as they did with booze. When are people going to demand that tax funded cops stop wasting their time with potheads? This only makes people distrust and dislike the police even more.

And I say this as a two time, soon to be three, victim of the war on marijuana. Enough is enough, jails were not built for people who have never harmed anyone and whose choice of substance doesn’t harm anyone…. period. When will police gain that common sense.