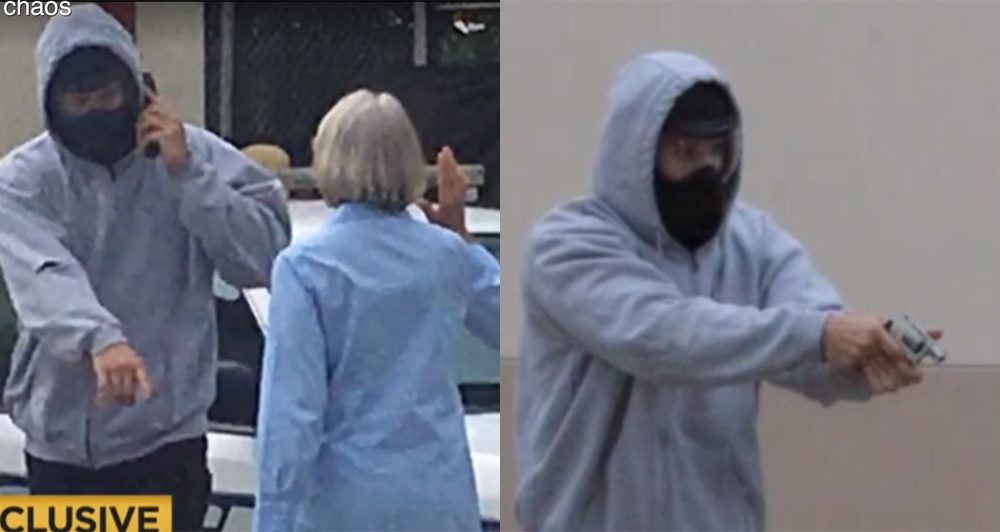 Originally published at Photography is NOT a Crime by Carlos Miller

The surveillance video showing Punta Gorda police officer Lee Coel shooting and killing a retired librarian during a “shoot/don’t shoot” citizen’s academy training exercise last year was obtained by a local television news station, showing the cop dressed in a hoodie and playing the role of a thug before pulling the trigger.

But it was obvious Coel was a thug long before he shot and killed Mary Knowlton, a 73-year-old retired librarian who joined the academy to show her support for police at a time when cops were receiving negative press for killing unarmed citizens.

However, these signs were ignored by Punta Gorda Police Chief Tom Lewis despite receiving strong warnings from a local attorney after Coel was recorded on dash cam video allowing his police dog to maul a man for riding a bicycle with no lights.

“Two months ago, I was yelling like Chicken Little that the sky was falling but nobody did anything about it,” said attorney Scott Weinberg last year after the Knowlton shooting, who represented the man on the bicycle.

“Nobody in government had the stones to do what was right. If they had fired him back then, this woman would still be alive.”

Now both Coel and Lewis have been criminally charged for their negligence during the August 9, 2016 shooting.

However, Coel, who was supposed to be shooting blanks during the training exercise, ended up using real bullets for reasons that are not clear other than the fact he was the last person who should have been leading a gun safety training exercise.

According to WINK, which obtained the video:

Knowlton is seen striding to the front of a group of dozens of academy classmates who appear in the video. She takes her position for the training exercise, and Coel opens fire with his personal weapon, which was loaded with real bullets.

Knowlton falls to the ground, but for a few moments, no one else moves. A Florida Department of Law Enforcement report revealed most of those present, including husband Gary Knowlton, thought her fall was simply an act and all a part of the training scenario.

“I was maybe 10 feet away from her and watched this patrolman who was the bad guy aim right at her and shoot,” Gary Knowlton said. “She went down and we thought that was part of the show.”

The video next shows Coel running toward her, and other officers jumping into action and calling paramedics.

“He turned her over and she looked horrible, blood all over the place, and I thought, ‘Oh my God,’” Knowlton said. “There was maybe five people who were trying to help her, pushing her stomach and stuff like that.”

Her husband said police would not allow him to ride in the ambulance with his wife. They also sent him to the wrong hospital.

Coel, who is facing up to 30 years in prison, has since pleaded not guilty to first-degree manslaughter. Lewis, who was charged with culpable negligence, faces up to 60 days in jail. He remains on paid administrative leave.

Coel, who was fired over the incident, is appealing his termination and has a hearing set for today, according to WINK.

It sounds absurd, but cops have proven to be very successful in obtaining their jobs back through these hearings no matter how egregious their actions that led to the termination in the first place.

Watch the news segment of the video below. We are trying to obtain the unedited video.