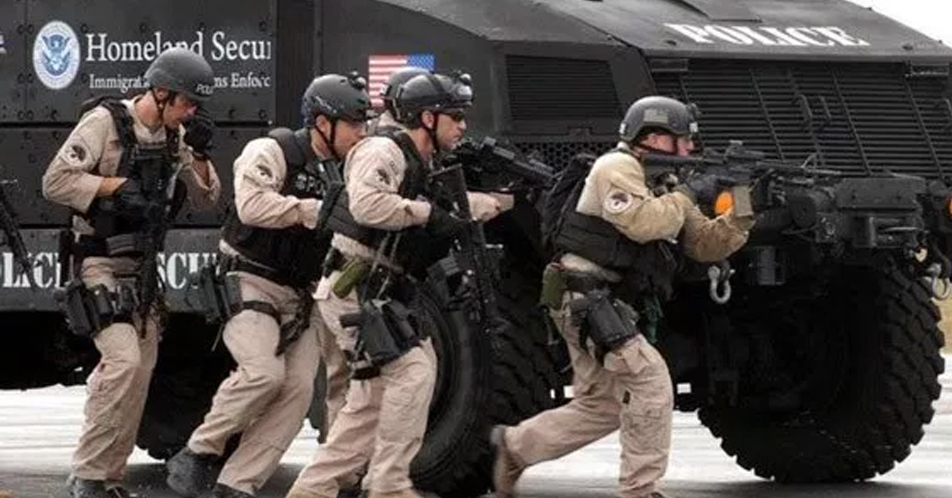 (Police State Daily) Six sites in D.C., Northern Virginia and Maryland will play host to a “full-scale” terror drill on Wednesday that will include hundreds of volunteer crisis actors, emergency medical personnel, police and fire officials.

According to a press release on Tuesday from the Metropolitan Washington Council of Governments (COG):

Law enforcement officials and other first responders will participate in a full-scale exercise on April 26 designed to prepare for the possibility of a complex coordinated terror attack in the National Capital Region.

Emergency managers who work together at the Metropolitan Washington Council of Governments (COG) planned the exercise to help protect residents by preparing for an attack involving multiple target locations and teams of perpetrators.

The regional exercise will be staged at six sites in the District of Columbia, suburban Maryland and Northern Virginia, and will involve hundreds of police, fire, and emergency medical service personnel and volunteer actors. The locations include neighborhoods in the northeast and southeast quadrants of the District of Columbia, Prince George’s County, and Arlington and Fairfax Counties.  Residents in those neighborhoods will be notified ahead of time to expect the exercise.

The operation will occur on Wednesday between 7:30 and 8:30 a.m. following large scale North Korea drills that took place on Tuesday involving 400 artillery pieces. The North Korea drills were launched just as the United States added a nuclear-powered submarine to a fleet of vessels traveling toward the region.

The revelation of Wednesday’s terror drill have set off concerns among many dissent groups in the U.S. and comes on the heels of a false flag alert issued in response to Operation Gotham Shield, an exercise involving FEMA, DHS and numerous law enforcement and military agencies. That operation is said to simulate nuclear bomb blasts in the New York-New Jersey area, and along the U.S.-Canadian border, between April 18th and May 5th, 2017.

The acclimation of the public to an overarching police and military state are of vital concern to those interested in preserving Constitutional and natural liberties. Most troubling about simulated terror scenarios apart from the possibility they might serve as facsimiles for nefarious or subversive elements within the government to launch actual terror attacks is the eventually real probability they may be used as a platform to one day turn against the American people.

Least we forget, the military and U.S. government have made it clear in manual after manual, scenario after scenario, that they perceive terrorist enemies to be those concerned with the protection of individual freedoms: gun owners, limited government conservatives and libertarians.

One of the most egregious confirmations of this is a report published by the National Consortium for the Study of Terrorism and Responses to Terrorism (START) back in 2012. START, a University of Maryland project funded directly by DHS, stated that Americans “reverent of individual liberty” are “extreme right-wing terrorists.”

In that paper, Hot Spots of Terrorism and Other Crimes in the United States, researchers used definitions from another START study, 2011’s Profiles of Perpetrators of Terrorism, to characterize what traits should be considered when describing right-wing extremists.

Also of concern is a 2014 START report, Understanding Law Enforcement Intelligence Processes, which collected information from state and local fusion centers, the FBI’s Joint Terrorism Task Force, the DHS, BATF, DEA, ICE, and state and local homeland security and anti-terrorism task forces. It found that “52 percent of respondents agreed and 34 percent strongly agreed that sovereign citizens constitute the most serious terrorist threat,” as opposed to 39 percent of respondents who agreed and 28 percent who strongly agreed that Islamic extremists are the most serious threat to the U.S..

Self-described sovereign citizens take the position that they are answerable only to common law and are not subject to any statutes or proceedings at the federal, state, or municipal levels. They especially reject most forms of taxation as illegitimate. Participants in the movement argue the concept is in opposition to “federal citizens” who, they say, have unknowingly forfeited their rights by accepting some aspect of federal law.

Many members of the sovereign citizen movement believe that the U.S. Government is illegitimate and that the Office of County Sheriff is the most powerful law enforcement officer in the Country, having powers that trump that of federal agents and elected officials. As such, a County Sheriff could conceivably arrest the President if in their jurisdiction. In other words, those not wishing to kiss the ring of federal tyrants are considered “law enforcement’s top concern,” according to the 2014 START report.

Also worth mentioning here is the infamous 2009 MIAC report, published by the Missouri Information Analysis Center which framed Ron Paul supporters, libertarians, people who display bumper stickers, people who own gold, and even people who fly a U.S. flag, as potential terrorists. Under the FBI’s Communities Against Terrorism program, the bulk purchase of food is labeled as a potential indication of terrorist activity, as is using cash to pay for a cup of coffee and showing an interest in web privacy when using the Internet in a public place.

The rush to denounce legitimate political beliefs as thought crimes by insinuating they are shared by terrorists has accelerated in recent years. As shown, federal authorities, particularly DHS, during both the Obama and Bush administrations, have been involved in producing a deluge of literature portraying liberty lovers and small government advocates as terrorists.

It is unclear which route President Donald Trump will take in regards to domestic terror enforcement but some see Wednesday’s “full scale” terror drill as an unwelcome sign. None the less, Managing Director of Homeland Security and Public Safety at COG, Scott Boggs has assured the public that there is nothing to be concerned about.

“Law enforcement officials practice and exercise their skills on their own regularly because that’s the best way to ensure we are always ready to respond quickly and professionally,” Boggs said. “On April 26, we’ll go one step further and stage a very realistic emergency event involving multiple sites and actors posing as the casualties. However, there is no reason for residents to be alarmed because the exercise will occur in a controlled environment.”