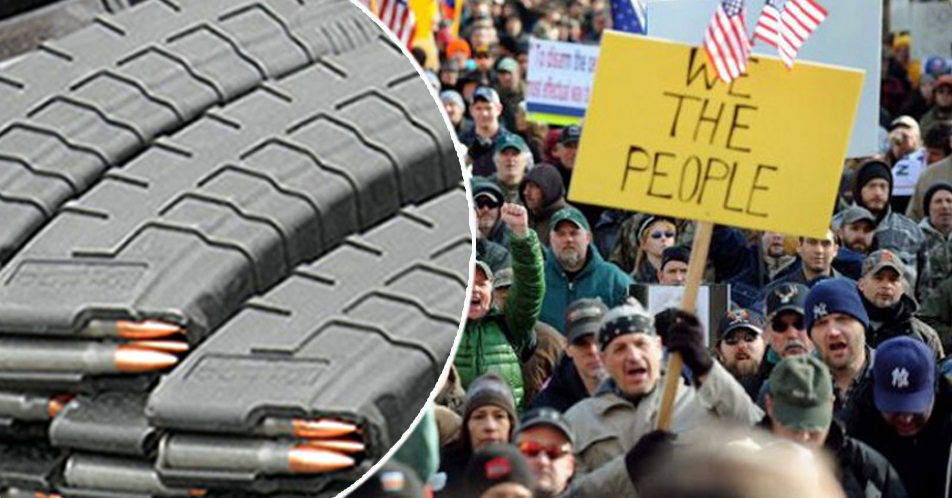 Singed by Gov. Jerry Brown last year, Senate Bill No. 1446 goes into effect on July 1. It prohibits any person in the state from lawfully possessing “any large-capacity magazine, regardless of the date the magazine was acquired.”

Of coarse, the law provides exemptions for “any federal, state, county, city and county, or city agency that is charged with the enforcement of any law, for use by agency employees in the discharge of their official duties, whether on or off duty, and where the use is authorized by the agency and is within the course and scope of their duties.”

How many cops do you think would support a law like this if it applied to them? Not very many. Why then is it acceptable for politicians to hinder us “little people” with a 10 round limit their enforcers would never wish to comply with?

In the words of the great French philosopher and economist Frederic Bastiat, who described this mindset as “the superhuman idea” in his short work, The Law:

There are many reasons one may need a magazine that holds more than 10 rounds. What if an individual is attacked by multiple assailants? Violent criminals usually work in in tandem and act in groups. Criminals do not respect laws, that’s why they are criminals. Is it a good idea to limit defensive capabilities by complying with a law that others wish to explicitly exploit?

What about civil disturbances that take place in the wake of things like riots or natural disasters? Have you seen the Reginald Denny beating and insanity that took place during the L.A. riots? What about the looting and destruction that took place after Hurricane Katrina? Don’t individuals who wish to protect themselves and their property need more than just 10 rounds in these situations?

Of coarse they do but it is telling how National Guard troops and police forces have responded to things like Katrina where they illegally confiscated firearms from lawful citizens and dragged them out of their homes. This irrevocably speaks to the greater reality of why gun ownership and the ability to possess “large-capacity magazines” is so important – because one day, defense may be required against the government.

Any student of history knows this to be a very real possibility. In the 20th century alone, governments and their enforcers, like police, are responsible for killing more than 262 million of their own citizens. Much of this democide followed the confiscation and outlawing of firearms that often started with things like menial restrictions.

Senate Bill No. 1446 requires that all California residents remove, destroy or surrender all large-capacity magazines prior to July 1.

“Enforcement of this ban would immediately place thousands of law-abiding California gun owners in jeopardy of criminal liability and subjects their personal property to forfeiture, seizure and permanent confiscation,” Second Amendment Foundation founder Alan M. Gottlieb said. “[This] is government taking, without due process or compensation. We cannot allow that to go unchallenged.”