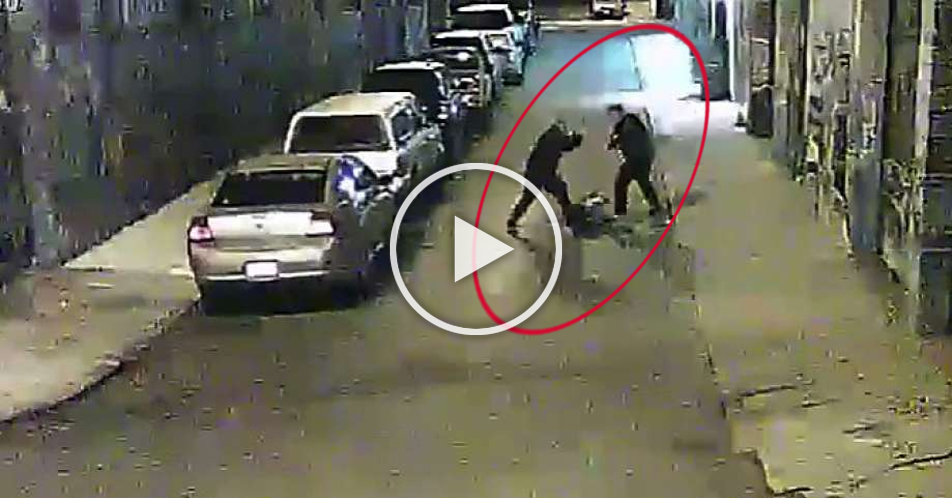 (Police State Daily) A man who suffered a concussion, deep head cuts and broken bones in his arms at the hands of Alameda County, California sheriff’s deputies will now receive a $5.5 million lawsuit settlement.

Attorneys said Friday that the Alameda County Board of Supervisors approved the settlement for Stanislav Petrov on Tuesday. Petrov had been sitting in a reportedly stolen vehicle in the parking lot of the Travelers Inn on Foothill Boulevard in San Leandro at about 1:30 a.m. on Nov. 12.

He led police on a 38 minute car chase. According to officers, Petrov used the car to ram two patrol cars, which injured one deputy. He was then pursued “to Oakland, onto the freeway, over the Bay Bridge and through downtown San Francisco and finally onto Stevenson Street.”

That’s where he crashed the car and fled on foot. Video filmed of the incident showed deputies Paul Wieber and Luis Santamarianear chase Petrov to the corner of Clinton Park where he surrendered.

He was then tackled to the ground by the cops who rained down punches and over 40 baton strikes upon his head, face and body. Petrov can be heard on the footage crying out in agony.

Following the beating, Petrov was transported to San Francisco General Hospital for treatment, where he was latter released into the custody of officers and processed into the Santa Rita Jail in Dublin.

“From what you can see on the video, he’s turning the corner and they’re able to subdue him,” Petrov’s public defender Jeff Adachi said at the time. “They clearly had him on the ground. He didn’t pose any threat at that point, and they are clearly using excessive force and trying to seriously hurt him when he was on the ground and subdued.”

“I don’t see any reason why he couldn’t be handcuffed and taken into custody,” Adachi added. “The blows, after they took him to the ground, were excessive by any measure, any standard. It’s shocking to see.”

Following the incident, Petrov filed a lawsuit and an internal investigation was launched to review Wieber and Santamarianear’s actions. Both officers have since been fired and face assault with a deadly weapon and other charges.

On Friday, Alameda County insurers authorized the $5.5 million settlement and stated the payout will “hold the deputies accountable for their really egregious actions and send the message to law enforcement that this conduct isn’t tolerable in a civilized society.”

Another officer on the scene of the beating is accused of stealing Petrov’s gold chain and using it along with cash and cigarettes to bribe homeless witnesses. Deputy Shawn Osborne was fired on July 29 and still remains under investigation.