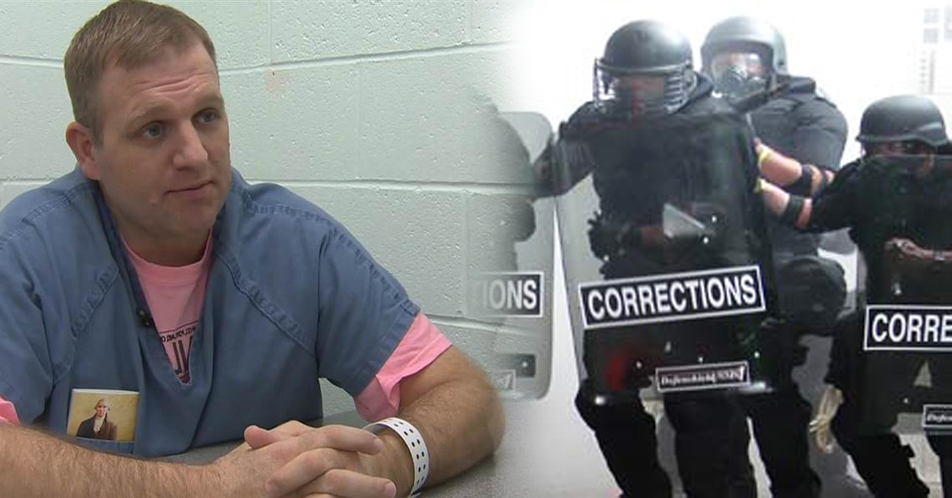 Ammon, along with brother Ryan Bundy and five other co-defendants, were found not guilty of conspiring to prevent federal employees from doing their jobs through intimidation, threat or force during the occupation of the Malheur National Wildlife Refuge that began on Jan. 2, 2016 and lasted 41 days.

The Bundy led group, Citizens for Constitutional Freedom, seized the refuge to further their protest of the return to federal prison of Harney County ranchers 73-year-old Dwight Lincoln Hammond Jr. and his son, 46-year-old Steven Dwight Hammond – who were convicted of setting fire to federal lands.

The Bundy brothers, who are still in custody, face another federal trial in Nevada stemming from the standoff with federal agents in 2014 involving their father Cliven Bundy, who disputed the impounding of cattle and restriction of grazing lands near Bunkerville.

On April 24, a federal judge declared a mistrial for six men accused of conspiring with the Bundys to derail the 2014 cattle seizure. Meanwhile, jurors convicted two other men, one a former FBI informant, of some of the 10 counts all were indicted for.

On Wednesday, Ammon Bundy related an experience during a phone call with Kelli Stewart streamed to the Bundy Ranch Facebook Page regarding the inhuman treatment he is currently receiving at the hands of federal corrections officers at CCA Southern Detention Center in Pahrump, Nevada.

During the call, Ammon said that earlier this week he was stripped naked, beaten and handcuffed in a small shower for 13 hours with no food or water before being thrown in solitary confinement for refusing to let a guard remove a T-shirt that was hanging off his bed in violation of prison rules.

According to Ammon, corrections officers left him isolated over night shackled with bloody ankles and suffering from the dislocation of both his shoulders. The injuries, he said, resulted from the beating and subsequent torture he received for refusing to comply with unconstitutional detainment procedures at the prison.

Ammon maintained during the call that he was forced to put his dislocated shoulders back in place himself. He also decried the political situation in American whereby those standing up for Constitutional liberty are treated like domestic terrorists.

“They intended on leaving me in there for 72 hours and it almost would have killed me,” Ammon said. “I’m certain of it. Thirteen hours was enough.”

Kelli Stewart said that Ammon would willfully comply with Constitutional orders given at the facility but that he would not be a slave. She is calling on supporters to donate to Ammon’s Legal Defense Fund and call the Nye County sheriff’s office in order to demand that local officials be able to perform a wellness check on Ammon.

That number is (775) 482 – 8110, option 8 for directory of all police, then option 1 for sheriff Sharon Wehrly. Stewart is also attempting to organize a group of demonstrators and elected officials to make their voice’s known at the prison on Friday.

Meanwhile, Ryan Bundy has filed a lawsuit in the U.S. District Court for Nevada in Las Vegas, challenging the constitutionality of prison policies and alleging deprivation of rights under the color of law. Protesters assembled on Wednesday outside the federal detention center in support of the suit.

“Plaintiff Bundy has been forced and threatened to undergo oppressive, intrusive, and unlawful body cavity searches multiple times per day where his clothing is removed, where his genitals are or would be exposed to Defendant Doe’s during these multifarious and nonconsensual intrusions against his fourth, fifth, eight and fourteenth amendment rights,” Ryan, who is representing himself, wrote in the lawsuit.

He contends that prison employees “continue to punish” him for refusing to be strip searched by “keeping him locked down in disciplinary segregation for twenty-four hours per day, with no opportunity for meaningful daily exercise” while being deprived of a working toilet, toilet paper and writing materials – thus leaving him with “no way to prepare for his own defense against the Government.”

The Eighth Amendment of the U.S. Constitution prohibits the federal government from imposing “cruel and unusual punishments” on prisoners. Both Ammon and Ryan are due for trial in federal court with several other defendants including their father Cliven on June 26.