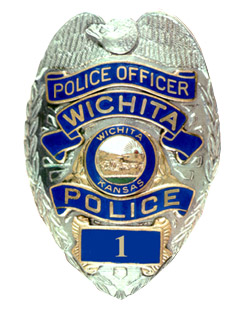 My name is Steve Titus. I am 56 years old and live near Halstead, KS. I am just an average guy who never had any trouble with the police other than a traffic ticket. Work, pay taxes, etc.

It was mid June of 2009. I was off work after having had a total knee replacement a couple of months earlier. It was a nice day so I decided I would go and do some target shooting at my family farm about 35 miles away. I lived in Wichita KS at the time and also had a CCH license. My truck was broken down and it was going to have to wait to be repaired until I had recouped just a little more, so I decided to take my Harley.

I had read and understood the City of Wichita ordinances regarding firearms which stated that as a CCH holder, I could transport a “firearm in any land, air, or water vehicle” without it being in a locked case. Without a CCH permit, firearms had to be unloaded and in a locked case. Fine. I have a CCH license and a motorcycle is definitely a land vehicle.

I slung the rifles and bagged the pistols, except for the Glock, which I carried concealed in an inside-the-pants holster on my right hip. The bag I used was my hunting bag, so there were a couple of hunting knives in it as well.

I started out for the farm. I had to drive through about 5-6 miles of west Wichita residential area. As I cleared the city line, there was a WPD car pulling me over. OKAY, you’re probably saying “How stupid can you be!” I was 100% within the law. I thought the PO would know the law (he didn’t), would check me out and I would be on my way. Nope! I watched him in my rearview mirror as he got out of his car with weapon drawn and started yelling at me. I am hard of hearing, had my helmet on and my motorcycle was still running so I couldn’t hear his commands. Nine other patrol cars soon showed up as backup from five different jurisdictions, all with weapons drawn, all yelling commands.

I froze with my hands on the grips. I slowly reached up with one hand and tapped the top of my helmet trying to get them to understand that I couldn’t hear or understand what they were saying. I did this three times before I finally heard an officer that was standing directly behind me say, “I don’t think he can hear us and wants to take his helmet off.” I gave him the thumbs up and he asked if I could hear him and I nodded my head. He told me to go ahead and shut off the bike and to remove my helmet, which I did.

They swarmed me then, I was handcuffed and everything in my pockets removed. Pretty much all the stuff you see on TV, however I never got the “knee in the neck,” as I was allowed to stay seated on the bike. I was asked repeatedly why I had guns and I repeatedly gave the same answer; “Going to the range.” They didn’t believe me and told me they “knew” I was going to go shoot up a school. (School had been dismissed for the summer two weeks before. I never did find out why they thought this). At one point, an officer took all the loose cash out of my pocket (about $100) and started to walk off. I yelled at him that if he took one more step with MY money, I’d have him charged with theft. He immediately counted the money and stuffed it back into my pocket. I was then grilled about why I had “a large amount of cash on me?’ $100? Really?

They hauled me to the sub station and I asked what I was being arrested for since I was 100% within the law. I had even memorized the ordinance number and gave that to them. It was useless. As far as they were concerned, they had averted a mass shooting incident and were high fiving each other over it. Since they found my medication, they subjected me to a field sobriety test. I laughed at this; since I am a retired paramedic I knew this test worked only for alcohol related incidents. I passed, of course.

They charged me with firearms related crimes and of course a possession charge. I got a good lawyer that got it all dismissed since I didn’t break the law, but it cost me a good chunk of change in the process. Anyway, after it was all said and done, the police claimed that they never received any training on the “new” CCH law (it was three years old). No apology or reimbursement. Stay out of Wichita KS!