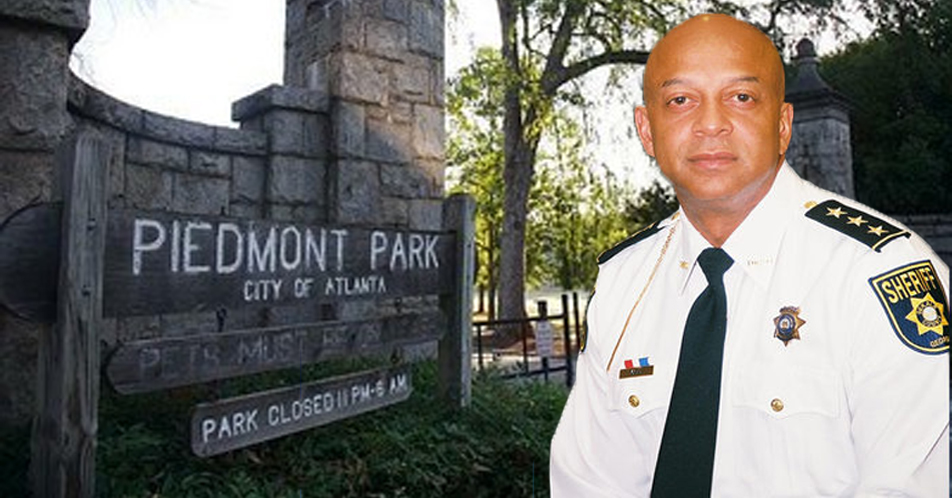 (Police State Daily) A Georgia sheriff was charged with indecency and obstruction following a Saturday night arrest in which an Atlanta cop said he exposed his penis and then ran away.

According to a police report, DeKalb County sheriff Jeffrey Mann exposed himself and began walking toward the officer in a section of Piedmont Park known explicitly for “sexual acts after dark.”

The report states that the cop pointed his flashlight at Mann and identified himself as a police officer before ordering him to stop. In response, Mann took off running and lead the cop on a quarter-mile chase.

“I allowed the male to get approximately 7 to 10 feet from me before I used my flashlight to shine it on the male. The male immediately fled on foot. I ran behind the male while yelling, ‘Police. Stop!’” the officer said in the report.

“I continued to watch the male run while I waited to cross 10th Street and its traffic near Argonne Street. The male had stopped to tie his shoes. I got approximately 10 to 15 feet from the male before he noticed my approach. The male immediately stopped fixing his shoes and started running again.”

According to the report, Mann finally surrendered as he approached 9th street when he noticed the officer was gaining ground on him. He was arrested and taken to the Atlanta City Detention Center.

After bonding out on Sunday morning, Mann maintained that he intends to vindicate himself and said in a statement that he is “working with City of Atlanta to clear these charges.”

A Democrat that defeated Republican business owner Harold Dennis in the November election for sheriff, Mann is now the laughing stock of his community.

“The man is definitely unfit for his office,” said Brad Edmond, a witness of Mann’s arrest. “He has betrayed everyone, including the people who look up to him and respect him. But, what a joke.”

DeKalb County Commissioner Nancy Jester said Mann has always been “professional” and “appropriate,” but the news of his arrest has ramifications for the reputation of the county.

“It is embarrassing. It’s certainly not a good headline for DeKalb County,” Jester said. “Now we have this, so I don’t know. We’ll see where this takes us.”