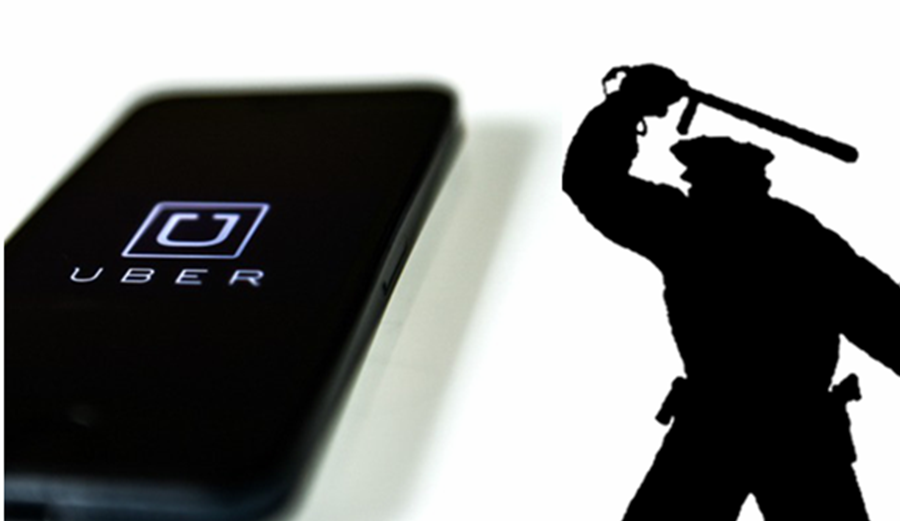 The following story was submitted by Terri and is his account of a traffic stop on May 8th, 2017.

As Tyhim (Uber driver), pulled to the side of the road to comply with the directions of the officers, I can attest that at NO POINT was Tyhim driving faster than the speed limit. Once pulled over, Officer Alfano, came up to the driver’s side and began questioning Tyhim.

Officer Alfano’s demeanor while questioning Tyhim was hostile and his line of questioning was unscrupulous and racially motivated as Tyhim had not broken any traffic law.

Officer Alfano then asked Tyhim to roll down the back windows, where myself and another passenger were seated.

While the window was being rolled down, I begin practicing my constitutional right to record the interaction because I felt unsafe and racially targeted by Officer Alfano. I loudly stated that I do not consent to any search or seizures as I have not broken any law. I also stated that I wanted to contact my lawyer. I felt very uncomfortable and was afraid for my life.

Officer Alfano then made a fraudulent claim, specifically stating, “I can smell marijuana coming through the car so you can call the lawyer all you want, when I’m done.”

I proceeded to dial 911 and Officer Alfano reached through the back window and grabbed my phone and began to pull on my phone as he said “You don’t make any calls when you’re on a stop with me.”

I did not let go of my phone and finally he let go. My voice memo captured a 22 second recording of the police stop, where Officer Alfano, myself, and the Uber driver’s voices can be heard. Unfortunately after Officer Alfano grabbed my phone, the recording stopped.

At this point, Officer Alfano hasn’t told any passenger in the car why we were stopped and he proceeded to question the driver again. My phone lights up, as it’s still face up in my hand, which is resting on the back seat. Officer Alfano comes back to my window and says, “You touch that phone again and I’ll take your phone, understood?”

Officer Alfano then placed his left hand on his weapon, although he didn’t draw it or remove it from his holster.

At this point, Officer Alfano begins waving his flashlight around the inside of the car to see what’s inside. Officer #2 begins asking another passenger questions that include: Coming from a LaSalle party? Were you smoking?

Both officers walk back to their vehicle, which is parked behind us and we wait a few minutes.

I asked the Uber driver to please roll my window up because it’s cold, I’m scared for my life, and I just want to get to my destination.

Officer Alfano then tells the Uber driver to lighten the front tints of his car and get an Uber decal; He and his partner let Tyhim drive off.

I’ve filed an official complaint at https://www.phillypolice.com/forms/official-complaint-form/ as well