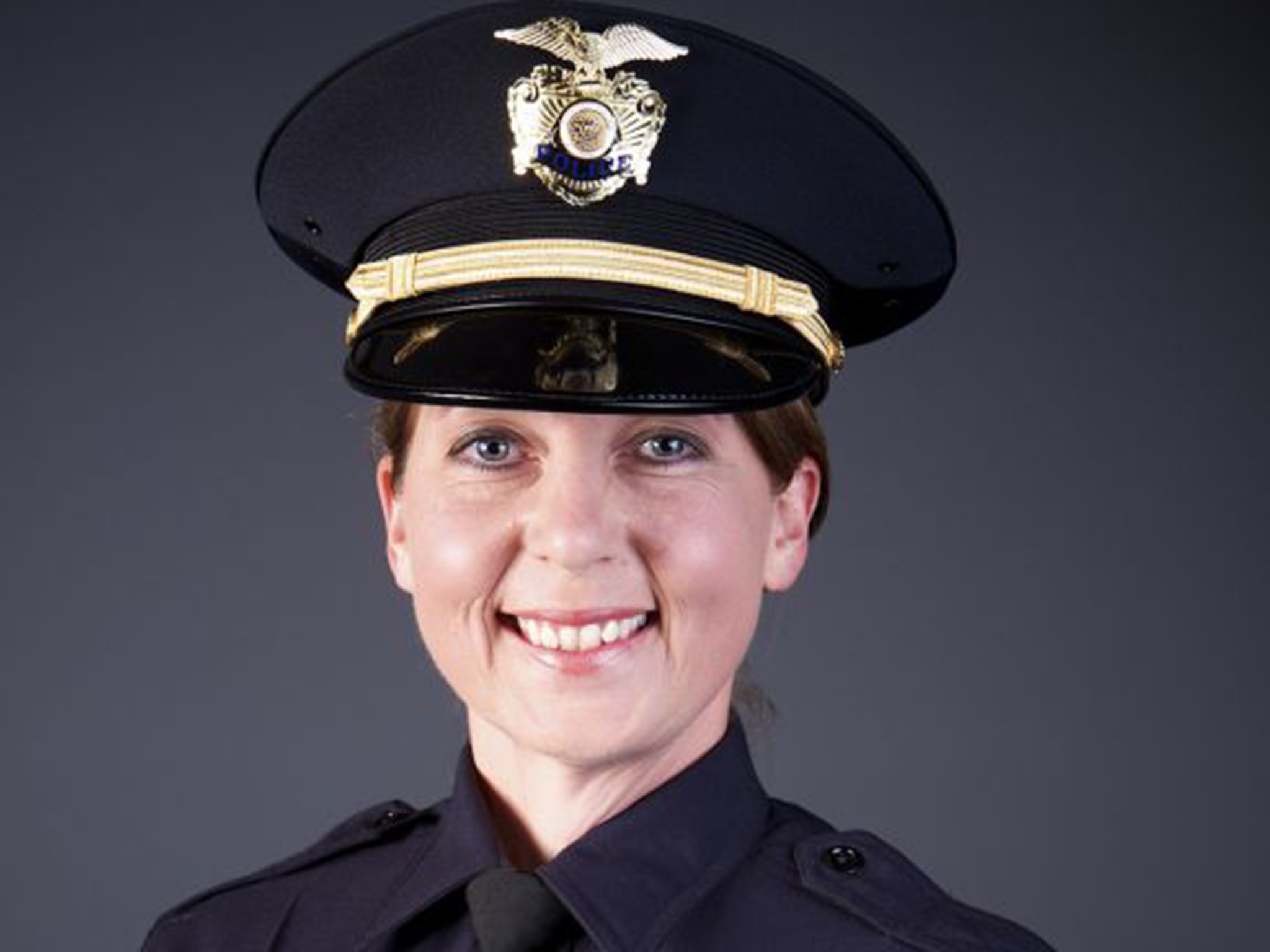 As previously blogged about here Betty Shelby shot and killed Terence Crutcher Sept. 16 on a city street where his SUV had stalled. He was unarmed, committed no crime and was complying with officer’s commands. And while many had stated that charging Shelby was a sign that police are starting to hold their own accountable. Yet, according to CBS, she was found not guilty because she wears a badge.

Tulsa officer Betty Jo Shelby killed 40-year-old Terence Crutcher Sept. 16 on a city street where his SUV had stalled. The video taken of Crutcher’s shooting by a dashboard camera and helicopter shows Crutcher walking away from Shelby toward his SUV with hands above his head.

The family of Terence Crutcher burst into tears and reacted with outrage after jurors found Tulsa officer Betty Jo Shelby not guilty in the Sept. 16 shooting.

“Let it be known that I believe in my heart that Betty Shelby got away with murder,” Crutcher’s father, Rev. Joey Crutcher said after the verdict was announced.

A lawyer for Shelby said the officer was “elated” that the jury found her not guilty.

“She’s ready to get back to her life,” Defense Attorney Shannon McMurray said.

Shelby looked stone-faced when the verdict was read, but Crutcher’s family was quickly ushered out of the courtroom sobbing and wailing.

At least four of the 12 jurors were crying as they left the courtroom and did not look at either the family of Crutcher or Shelby. The juror comprised eight women and four men and included three African-Americans.

Demonstrators gathered outside the courtroom Wednesday evening in peaceful protest at the verdict. Marq Lewis, organizer of the local civil rights group We The People Oklahoma said the verdict was a blow to Tulsa’s black community.

“When is it going to stop – just officer-related shootings? When will the police change policy,” he said.

Shelby’s attorneys say that in the two minutes before cameras began recording the encounter, Shelby repeatedly ordered Crutcher to stop walking away from her and get on the ground.

The jury got the case shortly after noon Wednesday, following closing arguments in which prosecutors said Crutcher was not a threat to Shelby, did not make any aggressive moves toward her or any of the responding officers and didn’t say he was going to be aggressive toward her. Shelby, who has been on unpaid leave, had faced four years to life in prison if convicted.

Defense attorney Shannon McMurray said Shelby shot Crutcher because she thought he was reaching into his SUV for a gun. There was no gun in the vehicle.

“To somehow imply that she was supposed to see what was in this door panel is absurd. It’s deceitful and you should disregard it,” McMurray told jurors.

But in his closing remarks, Assistant District Attorney Kevin Gray challenged the defense argument that Shelby shot Crutcher as he appeared to be reaching into the vehicle. Gray told jurors that enhanced video clips of the shooting appear to show that Crutcher was shot five seconds before he appeared to reach inside the SUV.

Shelby took the witness stand in her own defense during the trial, testifying that she feared for her life when she shot Crutcher.

In an exclusive interview with “60 Minutes” last month, Shelby said she felt almost any police officer in her position would have acted as she did. Shelby said race was not a factor in the shooting.

“I’m feeling that his intent is to do me harm and I keep thinking, “Don’t do this. Please don’t do this. Don’t make this happen,” Shelby told “60 Minutes.”

She said she felt Crutcher’s death was his own fault.

“I have sorrow that this happened that this man lost his life but he caused the situation to occur,” Shelby said. “So in the end, he caused his own. ”

Just another day as a police officer. Make mistakes and face no repercussions for them. Welcome to a police state.