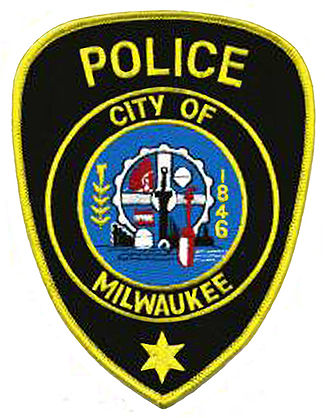 Wisconsin’s ACLU (American Civil Liberties Union) just amended their lawsuit against the Milwaukee Police Department. The action, filed at the beginning of 2017 blasting problematic stop and frisks, increased its plaintiff list. Now, Representative David Crowley is joining as a victim of harassment in the troubled city.

Milwaukee-local TFC writers were notified of these developments by Wisconsin ACLU Associate Director Molly Collins. The notification was issued as a press release to TFC, and other local media outlets. According to the release, Rep. Crowley–of Wisconsin’s 17th Assembly District–was subjected to an unnerving MPD stop.

ACLU recounted Crowley’s experience, taking place before he’d been elected to his current position. While walking with his god brother, the pair heard distant gunshots and opted to walked away. Gun violence can be quite common in some parts of Milwaukee, particularly during the summer. “A patrol car stopped in front of us”, says Crowley, “and two officers jumped out with guns drawn and pointed right at us. I was terrified.”

He then states officers took their wallets and I.D’s as the pair stood with hands up. “The officers drew their guns on us, searched us without our consent, and never explained why”, Crowley states. The pair were then asked if they’d discarded a gun in the field they were walking in. Rep. Crowley feels MPD “treated us like suspects, yet we had done nothing wrong.” As many with similar experiences feel, Crowley states officers “decided the constitution didn’t apply to us.”

ACLU’s lawsuit also added other new plaintiffs, both with similar tales. 19 year old Jeremiah Oliver says he was stopped “without reasonable suspicion”, ACLU’s statement reads. Yet another, Jeremy Brown, claims an officer stopped him because he “didn’t recognize his face.” According to ACLU, Brown was then ordered to drop everything, and stand against a fence for questioning. Upon returning from the police station, Brown was issued a $185 disorderly conduct ticket.

The Milwaukee Police Department has been routinely interfering in the lives of tens of thousands of Black and Latino residents, stopping them, searching them, and worse—all without reasonable suspicion and as if the Constitution didn’t exist” –Karyn Rotker, senior staff attorney at the ACLU of Wisconsin.

Rotker goes onto state the MPD’s routine harassment of minority citizens has deeply eroded trust. Without it, the department’s ability to effectively investigate crime is inherently crippled. Ultimately, ACLU hopes to help improve MPD’s oversight, and community discourse. Not only that, but–as Collins expressed to the author in March–the nonprofit hopes other departments take notice. In Milwaukee County, this may be necessary, as MPD isn’t the only concerning department.

In a nearby suburb, which borders Milwaukee, officers have long been accused of racially-biased policing. The Wauwatosa Police Department, although largely overshadowed by MPD, has left lasting negative impressions in some residents. Such feelings boiled over last summer, when an officer shot his second person in 11 months.

The circumstances surrounding Jay Anderson’s shooting continue to bounce around the community. Namely, many residents were disturbed at WPD’s lack of transparency in the case, and pushback against protests staged by Anderson’s family. These actions, in fact, were provoked by WPD’s reluctance to disclose any information regarding the killing. Prior to the shooting, which the author covered extensively, WPD’s transparency issues became the subject of a documentary, also produced by the author.

When the lawsuit was first filed, MPD Chief Ed Flynn defended his department’s stop and frisk procedure. Specifically, Flynn pointed to a lack of citizen complaints despite increased stops. As Milwaukee Journal Sentinel reported, most stops don’t produce tickets, or even arrests. That fact, however, does not remedy the level of distrust the policy has generated throughout Milwaukee.

It’s difficult to predict exactly how MPD will eventually respond to any success the lawsuit might have. Last year, MPD consented to a DOJ practices probe during a time ripe with protests and investigations. The move was encouraging, as other departments reviewed at that time didn’t consent to probes. MPD also went the extra mile, with Chief Flynn attending a massive public forum to hear grievances. The audience choked with dissatisfied citizens victimized by stops, beatings, searches, and even more serious offenses like rape.

Confidence in the meeting, however, waned after MPD was then caught using Stingray cell data surveillance to illegally monitor citizens. The surveillance operations were so sketchy, in fact, that they were hidden from courts. Wauwatosa PD also collects and analyzes cell data, though how they achieve this isn’t currently known.

As the lawsuit develops, it’s becoming increasingly clear that something must give. In the last year, Milwaukee has had massive riots, several police shootings, including routine practices. The playing field is primed for ACLU’s lawsuit to make headway of some kind. If not, then the public’s resentment and frustration will simply manifest again.