In May of 2016, I reported on the case of Solomon Galloway, a Las Vegas man who was illegally detained, assaulted, and falsely arrested by one the Las Vegas Metropolitan Police Department’s “Saturation Teams” in February of that year. At the time, Galloway was the passenger in a vehicle driven by a co-worker, which had been stopped under the stated claim that he was speeding (more on that below).

The original pretense for that arrest and accompanying violent, illegal actions was Mr. Galloway’s refusal to identify himself. However, the passenger in a vehicle that has been stopped for a traffic violation is not considered a party to that infraction. As a result, they are not under any obligation to identify themselves. In fact, legally Galloway could have gotten out of the car and walked away from the traffic stop. (Since the actions of the driver do not represent the “reasonable suspicion” required to legally detain a passenger, they are “free to go.”)

Lacking a legitimate reason to detain Galloway, let alone arrest him, Metro’s designated harassment squad settled on the old standby of “I smelled pot.” They then embarked on a fruitless and illegal search of the car to hopefully find something to justify their illegal against against their victim. In the process, they even discussed amongst each other their need to “do what ever you gotta to do, because we gotta find something.” Unfortunately for them, they didn’t find anything at all.

Even more unfortunately for them, Galloway had placed a GoPro camera on his dashboard, which he turned on just after they were stopped. Unbeknownst to them, the entire incident, including the illegal search and that incriminating conversation, had been recorded on the GoPro. That included a statement from the supervisor on the scene, Lieutenant Connell, that they should “just arrest his ass and strip him,” once they finally gave up on finding anything to rationalize their actions. Galloway was then falsely arrested, taken to jail, and subjected to a humiliating and illegal strip search. All of which still failed to justify the obstruction charge that they eventually settled on.

It was already incredibly obvious from the GoPro video (which was later featured in a documentary about corruption among Las Vegas police entitled, “What Happened in Vegas“) that the LVMPD officers involved were completely lying and fabricating a reason to justify what they knew was a false arrest (and illegal demand for ID to begin with). Now however, body cam footage from the officer that initiated the stop, as well as another officer that participated in the assault on Galloway, have been released as part of discovery. One of the interesting aspects of those body camera videos is that in the beginning of the first officer’s footage you can actually see his speedometer as he’s driving. What that shows is that even the original justification for the stop was based on a lie.

Contrary to that officer’s claims about their speed (which fluctuated at various points in the video between them going either 55 or 65 mph when he pulled them over), they were in fact going below the 45 mph speed limit. Therefore they didn’t even have legal cause to pull them over in the first place. Nor did they have the reasonable suspicion of a crime necessary to justify detaining even the driver of that vehicle. That makes it even more obvious that everything that was done to Galloway, who was the passenger, after the illegal traffic stop was initiated was both unjustifiable and illegal, as well.

The badly disguised reality is that this was nothing more than a case of racial profiling and simple harassment. The LVMPD deploys what they call saturation teams into certain neighborhoods they have decided they want to concentrate on. These saturation teams descend upon those neighborhoods looking for any excuse to stop and harass the residents who live there. Even such minuscule “crimes” as jaywalking on a residential street or having a bicycle without a reflector are used to justify demanding ID from and attempting to question a person.

They are essentially just playing the odds in the hope that if they harass enough people within a chosen area they will find a certain percentage of individuals who have warrants or something illegal on them and that are willing to consent to a search to justify an arrest. Statistically, that makes the department look good, but it doesn’t make up for the fact that the vast majority of the people in any given neighborhood are not actually criminals and don’t deserve to be indiscriminately harassed because a cop has arbitrarily decided they “do not belong” in that neighborhood.

The other side of that equation is that the areas that the LVMPD targets for their saturation teams are invariably those inhabited predominantly by poor and minority residents. In fact, some years ago a Metro spokesperson went so far as to explicitly state to the Las Vegas Review Journal that they would not use saturation tactics against residents living in the wealthy suburb of Summerlin.

As is noted in the video’s title, Galloway and his friend were stopped because they were people of color driving an expensive car within a geographical region that the LVMPD had deemed to be suspect. Everything that happened after that was a result of him not “respecting their authoritah.” An authority that they did not legally have and that he had every legal (and moral) right not to respect. 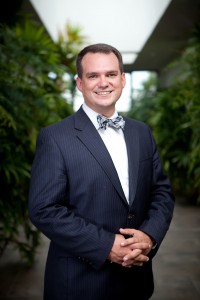 Those of you that have followed CopBlock.org over the past several years are probably already aware that Stephen Stubbs has been a frequent subject of posts on  NVCopBlock.org. He often represents bikers and motorcycle organizations, whom are frequent targets of harassment from the police. In addition, I have personally worked with Stephen in the past on several occasions through Nevada Cop Block on issues or cases involving his clients or on know your rights seminars he has done within the Las Vegas area.

Therefore, there is a pretty lengthy (and growing) list of posts on the Nevada Cop Block site involving Stephen Stubbs, his clients, and/or people or groups he is associated with. Included below are links to those posts.