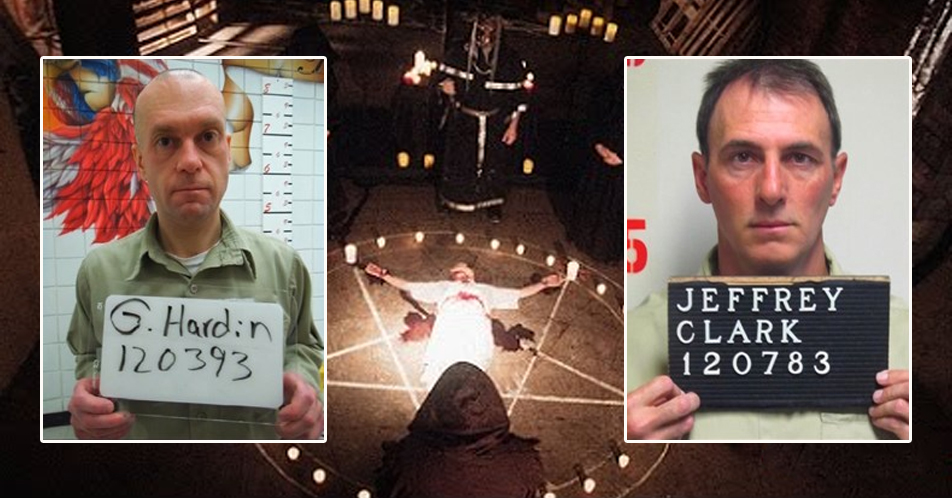 Two men exonerated after serving 22 years in prison for wrongful murder convictions claim that police fabricated evidence and created a story about a Satanic ritual killing in order to put them behind bars.

According to a pair of federal lawsuits filed by Jefferey Clark and Garr Hardin, Louisville Police Detective Mark Handy “immediately focused the investigation on [them] and developed the false theory that they had murdered the victim in a Satanic ritual killing.”

Filed in the Western District of Kentucky last week, the lawsuits claim that Handy “coerce[d] confessions by lying to suspects about the evidence against them – including false or sham polygraph results, threats, and false promises of leniency.”

Clark and Hardin assert in the lawsuits that Handy employed the dirty tricks after they declined to confess to the murder of 19-year-old Sue Warford, who was found stabbed to death in a field on April 5, 1992 in Meade County, Kentucky.

After Handy didn’t procure a confession, he “falsely reported that Hardin admitted sacrificing animals as part of a Satanic ritual and later decided that he wanted to ‘do a human,’” the lawsuits state.

According to Hardin, “nothing in the statement was true [and he] had never sacrificed an animal or a human, and he never told Det. Handy that he had done so or wanted to try.”

Hardin also claims that another investigator “conspired with Clark’s estranged girlfriend. . . to manufacture an inculpatory statement falsely accusing Clark of an interest in Satanism and murder. . . [and] had reason to falsely implicate Clark because he had witnessed her sexually abusing her son and reported the abuse.”

According to Hardin’s lawsuit, Louisville Metro Police investigators had no DNA evidence to support a claim that a bloodstained handkerchief of Hardin’s had been used to clean up animal sacrifices but they falsely asserted that it was anyway.

Hardin and Clark maintain in their respective lawsuits that even after James Whitely, a man with “long and violent criminal history,” admitted to the murder of Warford, Handy and the other investigators ignored the confession and had them tried anyway.

The two men were each sentenced to life in prison for murder in 1995 but had their convictions vacated in July 2016 when DNA testing revealed a microscopic hair found on Warford’s sweatpants did not belong to either of them.

During the exoneration Circuit Judge Bruce T. Butler found there was no “credible evidence” that the murder of Warford was motivated by Satanism. He stated that “Mr. Hardin and Mr. Clark were convicted based on suppositions that we now know to be fundamentally false.”