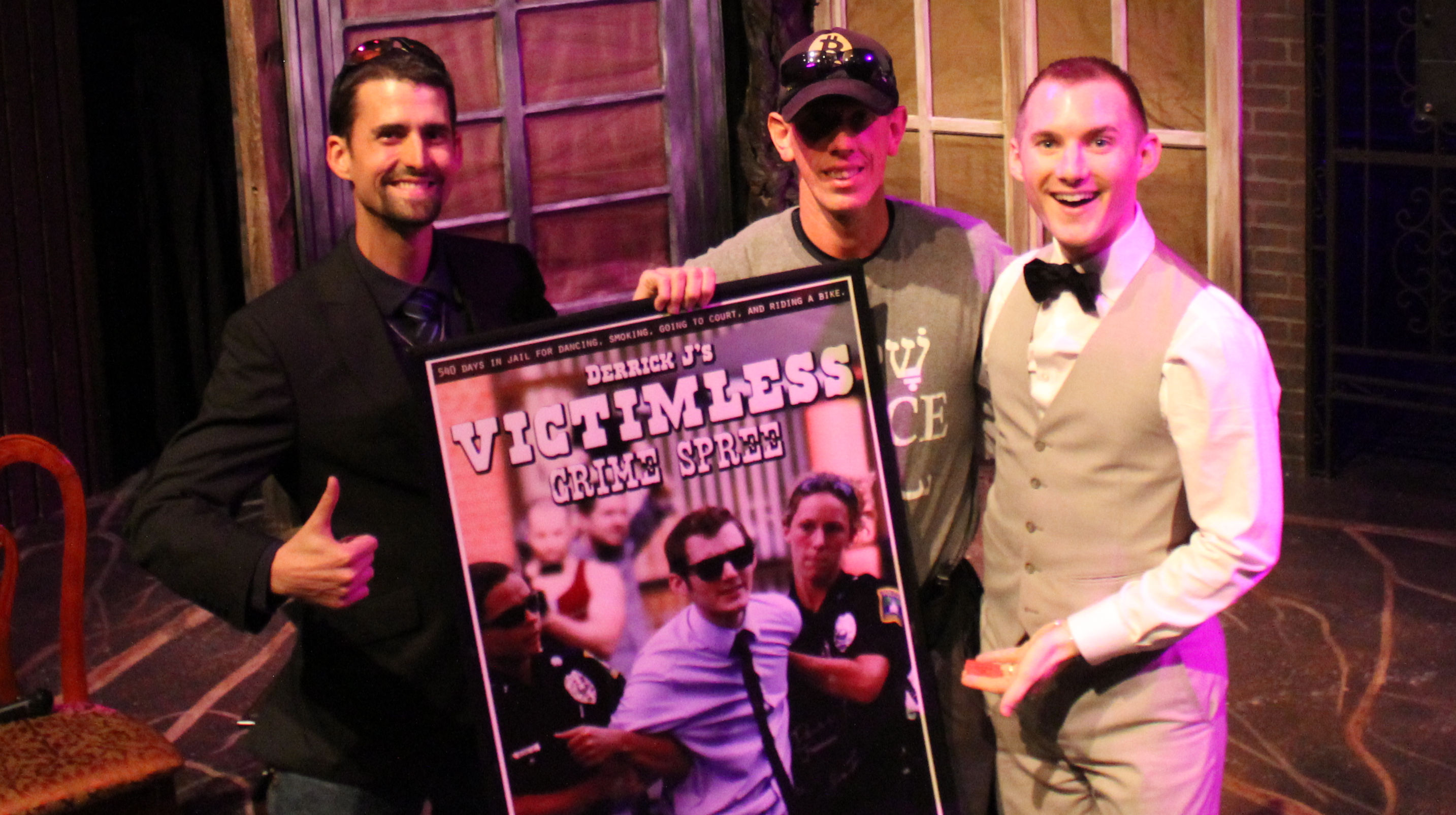 Videos
October 2, 2017October 2, 2017 Ian Freeman 3073 Views
7
SHARES
FacebookTwitterGoogleRedditTumblr
DiggLinkedinStumbleuponMailPrint
A couple of weeks ago on a Sunday evening, after the grand opening of the Free State Bitcoin Shoppe, dozens of people gathered in the Seacoast Repertory Theater in Portsmouth, NH to celebrate the fifth anniversary of the theatrical premiere of Cop Block documentary “Derrick J’s Victimless Crime Spree“!

After the screening, we gave away one of the few existing DJVCS movie posters to a lucky attendee and then director and star of the movie, Derrick J Freeman and I took a bunch of questions from the audience. We reflected on the last five years, where we are now, and looked to the future of the exciting, growing New Hampshire Freedom Migration.

Here’s the full video of the Q&A, in case you couldn’t be there:

What a pleasure and an honor it has been to executive produce this movie, working with the amazing talents of Derrick J Freeman and editing pro Beau Davis. I’m especially grateful to all the people who love and share Victimless Crime Spree with their friends and family. The pro-freedom message and spirit of the movie is infectious and fun, despite its ultimately sad ending. It’s an important documentary, and the first to come out of the community of libertarian migrants to the Shire. (In case you haven’t seen it, the second such documentary, also edited by Beau Davis, is “101 Reasons Liberty Lives in New Hampshire“.)

Check out the Victimless Crime Spree website for more pics from the 5th anniversary screening.